Total eclipse of the art. An a..

Since 2008 the Teatro Linguaggicreativi Cultural Association, founded in Milan by Simona Migliori and Paolo Trotti, has been committed to working on the area and on the margins, so that the theater is not only a place of passage, but of meeting. In the time of Covid-19, the Theater faces the challenge of isolation (and the generalized marginalization that derives from it) with the online review BODIES ON STAGE | PERFORMANCE FROM HOME IN QUARANTINE TIME. The project, curated by Andrea Contin, foresees that the invited artists tell about the experience of forced closure by adapting their performance practices to the scarcity of the means available in their home environment and to the remote the public. The show, which debuted on the web on 1 and 2 May (on a Friday and a Saturday, as per theatrical custom), provides a schedule ideally divided into two days, which will remain visible on demand on the web as a perpetual happening, available to those who want to see it (and see himself in it) even after some time.

The scenic actions, short and incisive as aphorisms, make up a multifaceted mosaic of solutions, which show how the feelings of the artists (and also their houses, their garages and their studios) are exactly identical to ours and how the discomfort and the reduction of every possibility at the minimum terms become in their hands a limit to be creatively overcome, as a warning of positive adaptation to be addressed to all of us. We still don’t know if everything will be fine – and just thinking it seems too simplistic – but being rightly critical of an obtuse positive thinking does not mean not taking advantage of what each situation offers us, in terms of the possibility of growth and improvement, with a little irony release. In the presentation of the first evening Andrea Contin specifies that the project does not want to be a substitute for a live review, but an attempt to go beyond the simple digital reproduction of reality through an empathic communication between the artist who performs in the spaces of his home and intimacy of the spectator. Each artist tries an exercise in pure creativity which, free from expository and political intentions and formal concerns, seems to rediscover the gift of “frankness” (a value not much in vogue in contemporary art always concerned with distinguishing itself from amateur creativity) without losing intellectual complexity and emotional nuances.

The reactions of the artists to the proposal and, more generally, to the solicitation of the quarantine are extremely varied: they range from the triumphal and lysergic floral explosion of Chiara Gambirasio, to the shy spring disturbances of Flavio Favelli, to the liberating insemination of the dandelion of Ilaria Piccardi, which replaces its physicality with a widespread metaphorical body. There are those who exorcise nervousness by imagining apartment monsters, such as Sergio Breviario and David De Carolis, who build elementary enemies with which one ends up becoming familiar or like Marcella Vanzo, who transforms her body into a disturbing alien sculpture. Andrea Nacciarriti imagine (and succeedes) himself flying while Giancarlo Norese discover his paranormal powers. In some performances an intimate and crepuscular poetry prevails, as in the proprioception of time practiced by Anna Ulivi or in the winged words of Pawel und Pavel. Eléna Nemkova and Giusy Pirrotta imagine unexplored worlds that evade the mind from the usual domestic landscape, while HH Lim and Ruben Montini emphasize the annoyance of the claustrophobic condition with playful practices of “mortification of the flesh”.

We do not reveal more, in order not to take away the pleasure of surprise, and we invite you to watch online this succession of “messages in the bottle” in which the artists choose to put into practice instead of staging giving us the feeling of a private dialogue with the which we are invited to participate. The video tutorial The School of Narrative Dance by Marinella Senatore, the only one previously created, which closes the exhibition, shows us how art has always had the ability to blend into everyday life. 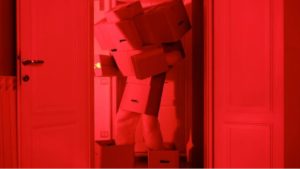 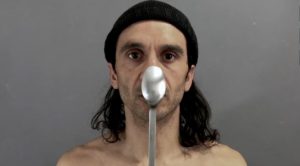 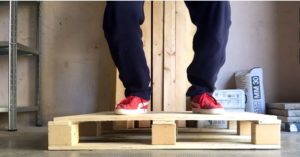 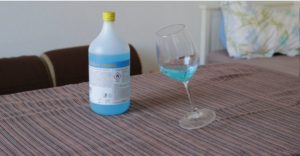 Memory and tradition of Sicilianity: Women, heroines and ladies at the Opera dei Pupi