The Sound of Screens Imploding..

Remo Bianco. The imprints of memory at Museo del N...

Remo Bianco. The imprints of memory at Museo del Novecento

The art system, one knows, rewards or penalizes one artist or the other. Public relations, sympathies, diplomatic skills, a thousand variations can influence the fate of an artist. Certainly in general it is more lucky who has a strong proposal, the only one with which to impose oneself. Whoever is always looking for new ways and is more interested in research, rather than imposing a specific result, is hardly a winner. This is the case of Remo Bianco who was, in fact, “a solitary researcher”. He has opened many roads, then beaten with more determination by others, and has not achieved the fame he deserved.

The exhibition at Museo del Novecento promoted by the Municipality of Milan Culture is therefore important and was conceived and created by the Museo del Novecento in collaboration with the Remo Bianco Foundation. The Foundation was established in 2011 with the support of Bianchi’s sister (this is the surname of the artist then changed in Bianco), with activities aimed at protecting and collecting documents, photographic images and vintage catalogs, some of which are on display, and a second activity of archiving works of art (we are already at more than 2000 works). Obviously another mission is the diffusion of his work. In 1991 a major exhibition was held at the Arengario in Milan and another in 2006 at the Vittoriale in Rome.

The exhibition “Remo Bianco. The imprints of memory “, open to the public from 5 July to 6 October 2019, is curated by Lorella Giudici and is set up in the museum, also involving the spaces of the Archives “Ettore and Claudio Gian Ferrari” with over 70 works on display that trace the phases of the research of Remo Bianco (1922-1988), who was born in a popular neighborhood, via Giusti, of Milan during the economic boom. The interest in small things, the most humble things that the American Pop Artists would have dramatically amplified, here are fixed with plaster casts, and become, between the late forties and the early fifties, the first “Footprints” and the “Manifesto dell’Arte improntale” in 1956.

In an exhibition in 1964 at the Cavallino Gallery in Venice, he says that some things coincided with the Pop Art that was inaugurated that year at the Venice Biennale. And there, the prints were also human. Two life-size casts of a male body and a real person.

At the beginning of the Fifties these inconsistent objects (coins, shells, small toys) are collected in the “Sacchettini – Testimonials”, plastic pieces fixed on wood as a traditional painting. Again the preservation of memory, therefore, the main theme of the work, perhaps a legacy of his master, De Pisis. Where in De Pisis it is painting, soft and thoughtful brushstrokes in Bianco means taking the object, storing it, mummifying it to preserve it. He was presented in an exhibition in 1953 by Lucio Fontana and then he had relations with Restany (Nouveau Realism), to say the jump that makes his work.

The equivalent to the contrary is the shape of objects cut out of transparent plastic, glass, wood, sheet metal, colored plexiglas, placed in succession on different planes, which enhance the depth and become the first three-dimensional works – the 3D -. In these works and in the preparatory drawings (1952-54) there is already something of what will be the Optical Art.

Then there are the journeys that inspire him with new developments in his research.

After a trip to the United States, where he met Jackson Pollock, his interpretation of dripping is manifested through a series of cut-outs of canvas, paper, fabric glued so as to obtain the series of “Collages”, on which he worked from the second half of the Fifties up to to the Eighties.

Then there are trips to the East. Already in ‘43 in Tunisia and then Iran Arabia, Libya, India. Tehran, the pyramids, the Elephantine island etc. Pagodas were born. in 1961 for an exhibition entitled “Memories of a Journey to the East”. They are like paper castles in wood, iron, aluminum, copper, painted or natural. One remembers the Samarra minaret for its helical ascent. It invaded the gallery. The shelves multiply, the artist exalts himself and proposes to replace the bell tower of Piazza San Marco with one of his gigantic, high pagoda.

The most famous works are the “Tableaux dorés”, which start in 1957. The artist, on a monochrome or two-colored background, puts gold leaves which will then have a great fortune in the works of the following abstract art. Mark Tobey said “they shine like an altar, like the lights of a Greek twilight”

He returns to the re-appropriation of everyday objects with the Snow Sculptures. We are in 1965 and the artist defines “superstructural art” this attempt to freeze the memory, the memories of childhood under a layer of artificial snow.

The leap towards an interactive type of work takes place with the “talking pictures”, since 1974, white or black canvases, or with photographs, which thanks to a system of amplifiers that, when we approach them, welcome us with sounds or phrases recorded by the artist.

It is therefore a further step in depth. Started with the layers that characterized 3D, here we go beyond the canvas, the one that will definitely make Fontana. Beyond the canvas there is a human voice that establishes a dialogue with the public.

The exhibition Catalog, published by Silvana, is accompanied by the texts by Lorella Giudici and Elisa Camesasca, by the apparatuses edited by Gabriella Passerini and Alberto Vincenzoni and reports an interview with Marina Abramovic, realized in 2012, regarding the work of Remo Bianco that she met in 1977 in Ferrara. Marina and Ulay rode on a Citroen truck, they were poor and hungry, making their life art. Remo Bianco invites them to a restaurant where he pays with his works instead of money. He is among the few to understand their work. They stay in touch for about five years. And in this interview Abramovic confirms what was said at the beginning. The interesting thing about this artist was that he was “in the middle”, that he could be linked to a scheme, in a group, his experimentation continues without fear of making mistakes, of forcing himself. In Milan, the city of the giants, Remo Bianco was known but apart. A solitary researcher … 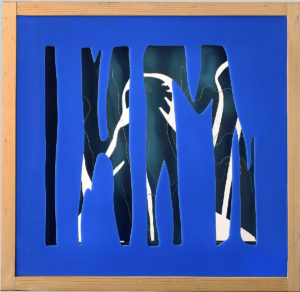 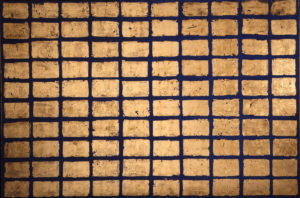 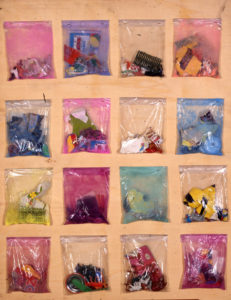 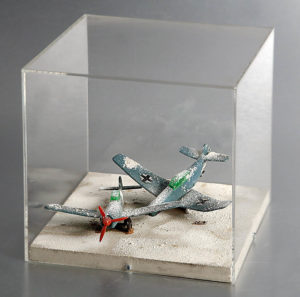