Maryam Moghadam. The truth of ..

The South London Gallery presents Untitled the first London-based solo-show of the artist Danh Vo, born in 1975 in Vietnam, naturalized Danish, internationally known for being awarded of the Hugo Boss Prize in 2012, and for his participation at the Venice Biennale in 2013 and 2019. Reflecting a cultural heritage almost unknown to the West except from the media coverage, Danh Vo narrates a different story for what is the contemporary Vietnamise socio, political, and cultural context. His practice proposes another story with the right critical distance of those belonging to a later generation and the intellectual honesty that characterizes Western ideology in a way that is relevant to create new bonds between East and West. Actually, for Untitled, Danh Vo tells us a biographical story whereby it is impossible to ignore the artistic act for the ways this is profoundly immersed in experiences and contexts. The monographic exhibition is in fact, characterized by the succession of biographical notes always understood within a system of relations whereby one can trace the influences and the exchanges with other contemporary figures. This results as an archaeological composition that starts from the biographical memories of the artist and evolves as the thought of a community that is sensitive to certain themes.

In the main gallery, Untitled traces a genealogical path that, if we like, is useful to rethink the notion of identity in the fluid and hybrid contemporary context. This landscape is composed of the series of oil paintings on mirrors, Glow in the Dark, by the Danish artist Peter Bonde, who followed Danh Vo’s training from the very beginning at the Royal Danish Academy of Fine Arts and, despite the controversies on style for what has been defined a ‘not very macho’ approach to painting, considered to entail with him a fruitful and respectful collaboration. As a perfect composition of genres and styles, Bondès pictorial works opens up to the biographical and archival dimension of the exhibition, reflecting other works of different nature. The paintings are altered by a series of graphic works that Danh Vo commissioned to his father, Phung Vo, a skilled calligrapher, which suggest a reflection beyond good and evil through different alphabets and stylistic registers. These works are accompanied by a series of photographs by the German artist Heinz Peter Knes, the artist’s partner, which present a series of portraits of Gustav, the artist’s nephew and muse. Images and texts take a sculptural dimension where one can find the cast of a bed, here designed according to the model Autoprogettazione by the Italian designer Enzo Mari in the ’70s, revisited through the pattern decoration of the Danish modernist designer Nanna Ditzel. It is worth noting, as we will later see, how the material of this sculpture is a walnut wood coming from the Californian Sierra Orchards estate owned by Craig McNamara, an American environmental educator and the son of  the USA Defense Minister, Robert McNamara who in the 70s played a decisive role for what were the military operations in Vietnam. By outlining this genealogy, the artist makes his own  mark in the sculpture Lick me, Lick me, 2015, which revisits classical mythology, is covered with a manna, which was the source of nourishment for American soldiers in Vietnam and which serves here to evoke childhood memories of the artist.

At the Fire station of the South London Gallery, the exhibition reflects a continuity of thought through the use of the same wooden material gifted by Craig McNamara to Danh Vo, when a greenhouse of walnut trees was found when the artist became interested in the property of his father. From this gesture, we understand how this material has become a stylist trait of Dan Voh’s artistic practice that he uses for designing the interiors of the exhibition’s display with the idea of sculpting a new historical memory. The same material is employed to frame a series of photographs taken by the anthropologist Dr, Joseph M Carrier, in Vietnam before 1967, and kept in the archive until the meeting with the artist.

Not limited to the contemporary context, however, Danh Vo retraces the history of Vietnam back to the early 1900, paying homage to the French missionary Jean André Soulié who, during a mission in South Asia, discovered over 7,000 botanical species, before undergoing execution in Tibet in 1905, here made known by a letter reproduced by the artist’s father. From this event, Danh Vo gives us back, in addition to the rare archival photographs, a post-colonialist thought which can be metaphorically drawn from how many of the indigenous species found by the missionary have now entered a modern scientific catalogation through the name of Rosa souleiana. By making visible an invisible history, Danh Vo relies on the need of formulating a new thought for the rewriting of a historical memory that one can observe in the counterpoint room of this archive wherein the artist rethinks the myth of Eros from the fragments of a surviving Prussian archaeology.

To crown this archaeological of thought is a selection of works already present for the Macho Man exhibition: Tell it to My Heart, collected by Julie Ault, by the curator Julie Ault who has followed the work of Danh Vo during his studies at the Royal Danish Academy and position his work in line with the works of artists such as Nancy, Spero, Felix-Gonzales Torres, Corita Kent, Andres Serrano, Roni Horn, James Benning, who have always been attentive to the conceptual dimension of their practice in relation to specific contexts. In the spirit of alliance  and friendship, we see how the practice of Danh Vo draws an archival genealogy that is projected into the future. Here, the artist considers the social dimension of his work through  a project designed for children who are invited to experiment with the materials dear to the artist in the Art Block space of the South London Gallery. In this sense, Danh Vo narrates a different history of inclusion and diversity. 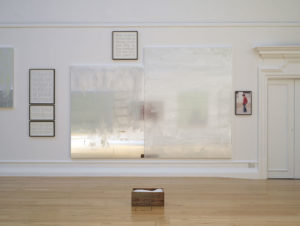 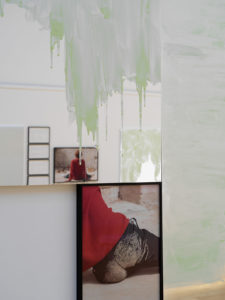 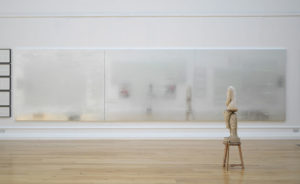 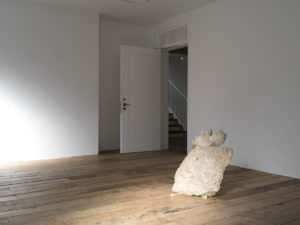