The Heresy of Folklore

A photograph, a photolithography, five sculptures – two of which were born as a function of a performative act – and a video that appears by scanning a QR-code. Sculptural Training, the group show going on until March 7, 2020 at mtn | temporary navile museum Bologna which features Joseph Beuys, Domenico Brancale, Daniele D’Acquisto, Niccolò Morgan Gandolfi, Alberto Scodro, Marcello Tedesco and Moe Yoshida, is a complex creature. It is not enough to observe the works to understand its mechanisms. We need to go further, try to understand the reasons and procedures up to the core of the question: sculptural thought. The artists themselves, intercepted for a short interview, explain the meaning of this concept, together with the nature of the works.

Marcello Tedesco, founder of the museum together with Silla Guerrini, says: “For years I have been wondering about what sculpture is today. Of course, it may still be something related to making objects, but it cannot begin and end there. I have the impression that today the most advanced sculpture has to do with thought, with the ability to make it alive, vital: in short, a real force capable of shaping reality itself “. His two works, Threshold and Sculptural Training, contribute to widening the boundaries of sculpture in a multi-sensorial experience that also involves hearing.

Regarding the photography Altar IV, Niccolò Morgan Gandolfi tells us: “It is a work that stages a ritual, the origin of a scene designed to welcome all possible meanings – in this case a sacrifice, an offer -. The sculptural process begins in the choice of the place, the building itself is first of all the rite. Then the collection of objects, food: fruits and vegetables present in that season, transported and installed in the light of dawn in an ancient landscape, finally devoured by time “.

About Il mezzo, Moe Yoshida says: “It is a sculpture / puppet / machinery that is operated by two or at most three people (myself and others). It works as a tool that allows you to create an extended body sensation, a sense of sharing, surprise, discomfort or satisfaction. The simple mechanisms of sculpture, and its vaguely anthropomorphic shape, dialogue with the operators, leading them in a series of movements that modify its shape. The theme of sculptural thought is connected to the core of this work in the organic relationship made by the silent dialogues of the energies, to the fact of existing in a state of becoming: Thought as a vital form “.

It is the turn of Domenico Brancale with Stratography 2: “What is sculptural in thought is nothing but the gesture, the possibility of endlessly repeating an action. In some ways sculptural thought belongs to the word in being breath, in an attempt to reincarnate the space of the voice. Stratography 2, spelling of the voice layers, fits into this system”. His work, together with that of Gandolfi and Yoshida, is therefore concretized in the action, in the movement – vocal or motor – that involves an effort and that involves the public: the work stops remaining so to transform itself into something alive, active.

Alberto Scodro, regarding Blurring Chair, tells us: “It is an oven, a concentrate of electricity that charges the mineral fusion inside with heat in order to increase its mass. At the same time, the heat disperses into the air, becoming part of the space and deforming it into a blurred Fata Morgana effect “. From these words it is clear that the element that unites all the works is heat, whether generated by performative actions, or deriving from natural light: energy is the only one capable of infusing life, the only one capable of moving bodies and thoughts and altering matter itself. On the other hand, as Marcello Tedesco says, Daniele D’Acquisto‘s S-REVERSE acts as a “catalyst, absorbing the energy and then dispersing it back into space”.

Regarding his work, D’Acquisto says: “I have worked for years on the research of the autopoietic potential of structures also capable of triggering autotelic activities, a formalization of two concepts theorized by Humberto Romesín Maturana and Mihály Csíkszentmihályi. In this case, a structure that can expand and that reconnects to a different environmental context from time to time, analyzing the characteristics of the space, reuniting or incorporating objects (mostly buoys) that become part of a single body. The form of sculpture is actually space for me. A sculptural thought so structured can only give rise to variable entities for which the cultural context plays a decisive role “.

Finally, the photolithography by Joseph Beuys The sense of hearing (1974) is emblematic: it is precisely from the teachings of Social Sculpture that sculptural thought was born, which, as seen before, does not necessarily lead to the production of artefacts, but is carried out every time time you try to give life to something new and profound, to experiments that go beyond codified languages and that explore the true nature of making art.

The entire experience of Sculptural Training will flow into a documentary that will be presented for the first time during the finissage scheduled on March 6, 2020 at 17.30, the day on which the usual appointment will be renewed called The experience of art: exceptional guests will be Simone Menegoi, artistic director of Arte Fiera Bologna, and Gabriele Tosi, artistic director of LOCALEDUE, a non-profit space for the promotion of contemporary art, founded in Bologna in 2013. 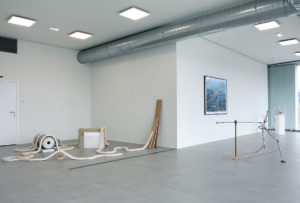 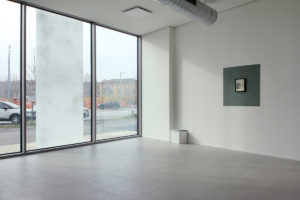 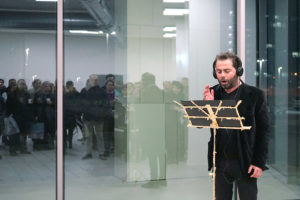 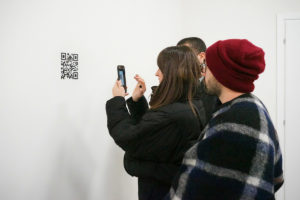