Jason Dodge at Macro in Rome: ..

Spazio disponibile between Modena and Sassuolo by ...

In two of the locations that made up the complex of the Gallerie Estensi – the Galleria Estense in Modena and the ducal palace of Francis I d’Este in Sassuolo – is open, until 30 January 2021, the exhibition Spazio disponibile. Areare il pensiero prima di soggiornarvi by the italian-palestinian artist Mustafa Sabbagh (Amman, 1961). Result of the combined curatorial effort of Federico Fischetti and Fabiola Triolo, Spazio disponibile sounds like a gentle but mandatory invitation to renegotiate terms and rooms for manoeuvre of our approach towards the Past, which is an indisputably magniloquent heritage, an almost unlimited fund of historic memory and artistic excellence, whose risk is, however, to become a bulky host to whom we owe nothing but a totalizing devotion, a limit skillfully avoided by Sabbagh, who stages a complex of six site-specific operations able to impose itself thanks to its courage and analytic depth. The artists is not afraid to face the Past on equal terms, and such an attitude allows him to deactivate History’s totemic power and to hybridize its sources with the languages and the challenges contemporaneity calls us to face.

The main point in Sabbagh’s analysis of contemporaneity is consumerism. The artist, linking his practice to capital books of the recent sociology, like No logo (2000) by the canadian Naomi Klein, seems to warn us: even the sacred domain of art appears to be on the radar of the consumer society. To this perspective, which he flatly refuses, Sabbagh opposes the recovery of a therapeutic concept of art and culture in general. In Sassuolo the artist places an information leaflet before the Stanza della Fama, reassuring us by saying that the administration of culture does not imply any unwanted effect or contraindication and moreover this particular drug is not subject to an expiration date, a concept that entitles the second installation exhibited in the palace (spazio disponibile: prodotto non soggetto a data di scadenza).

The mirrored surface that allows us, without any apparent effort, to contemplate the entire frescoed surface of the Camera d’Amore, becomes a Baudrillardian simulacrum, a simple fiction on which two feet, perfect symbol of the voyeuristic fetishism to which Sabbagh seems to tend, emerge on a screen installed to the ground.

The feet appear, moreover, even before, and specifically in the Stanza della Magia, an environment at the center of which Sabbagh places Display in frame, an enlarged print of a detail of a painting by Ludovico Lana kept in the palace deposits.The print is placed on a frame which does not match it in terms of size, meaning the fundamental incompatibility between art and consumption that seems to involve all of his work.

In Modena, and specifically in epidermide in pixel, the historically consolidated link between feet and fetishism takes the form of a kaleidoscope of pictorial details – once again of feet – thus assuming the role of catalyst for a seething desire. “You might not see things yet on the surface, but underground it’s already on fire”: not surprisingly, this is the text of one of the white panels juxtaposed on one of the walls of the work.

Alongside a more psychological and individual space of desire, Sabbagh combines, in the three remaining operations, a more collective and sociological dimension, entrusting to Rinasci: mentale, an operation that follows epidermide in pixel, the task of catalyzing a reflection on the common heritage. On a small seventeenth-century bust, a donna velata (veiled woman) belonging to the ducal collections, Sabbagh superimposes a video in which the face of a young man, thanks to the positioning of the projector at a specific distance, comes to coincide perfectly with the woman’s one.

By often considering ourselves as simple students of History, the photographer seems to tell us, we have precluded the possibility of shaping it, and this is a mistake. Therefore, it is forbidden not to touch (Vietato non toccare): the title of the opening / closing installation of the intervention in Sassuolo sounds like a call to arms, an encouragement to act, to revive a culture that, if only contemplated, would risk to limp in mere survival. The impulse to action that the photographer wants to instill in an active viewer must not, however, be conditioned by a corporate mentality. Finally, the pars construens of this complex discursive architecture implemented by Sabbagh between Modena and Sassuolo has its perfect destruens counterpart in MK-Ultra, the closing installation in Modena.

In front of the cycle of 14 mythological octagons painted by Tintoretto for Vettore Pisani in 1541, Sabbagh places, onto a huge rectangular block among chalk dust debris, a child’s head, to warn us, once again, that “true beauty hurts”. 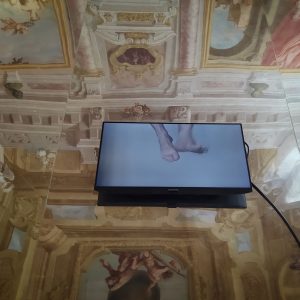 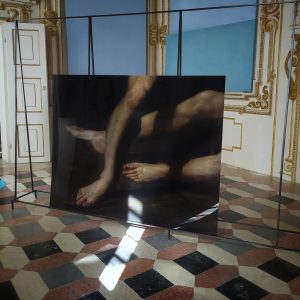 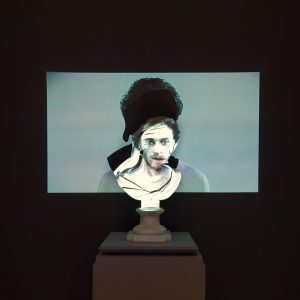 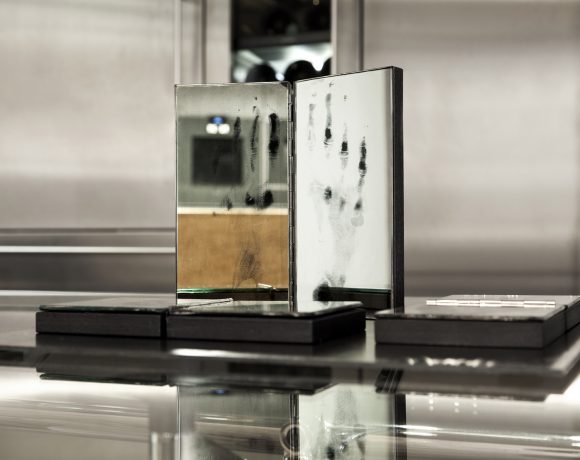 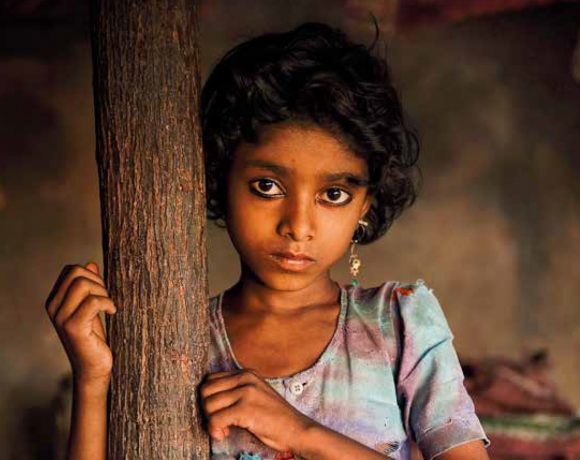 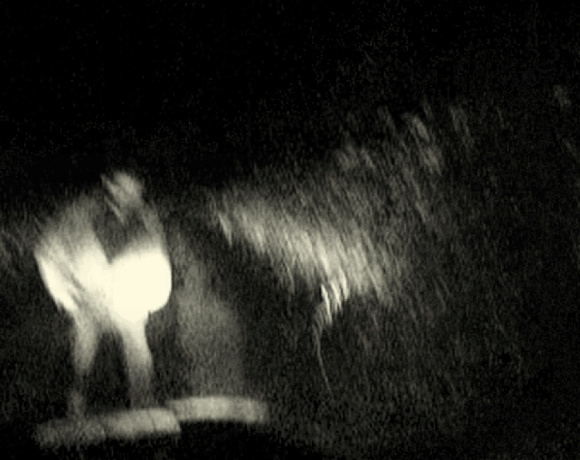