The perception of visitors in ..

STARE and Artistic Residences in Abruzzo

STARE and Artistic Residences in Abruzzo

STARE – Italian Association of artist residences operating in visual arts, was born in 2022 thanks to the work of ten Italian residences, which will meet in an event scheduled for November on the occasion of Art Date 2022 in Bergamo.
STARE aims to coordinate projects throughout Italy and calls for the creation of a widespread representation on the territory, a national network to recognise residence as a fundamental moment of relationships between an environment and the people who inhabit it. Residency allows artists to investigate these relationships to transform an idea into production and collective action.

GuilmiArtProject (GAP) is currently the only representative of the Abruzzo region, and since 2007 Lucia Giardino and Federico Bacci carry on in Guilmi (Chieti) an artistic residency program, that takes place especially in July and August. The invited artists interact with the reality of the village and its inhabitants, linking with them and creating a series of practices, that include on the one hand the artistic production itself, but on the other they establish a dialogue that allows exchanges of knowledge. In 2021 Ginnastica Artistica by Roberto Fassone provided the conditions for a teaching and a mediation with the citizens of Guilmi, merged in the film La grande catena dell’essere (GAP production) in which each individual imagines himself/herself in other roles and character. In 2022 an extract of the film was exhibited at Fondazione Smart Polo per l’Arte in Rome. This year the residence hosts Juan Pablo Macìas, who had already collaborated in 2014 with GAP for the creation of BAS – Banca Autonoma dei Sementi Liberi da Usura, a project focused on the production of a ceremonial drink made from organic corn, and prepared by the natives in northern Mexico. In this process the main concept is community, also linked to Mexican mythology, in particular to the god of corn, creator of many daily practices, very interesting for the strong accent of freedom and cooperativeness.

Freedom is a distinctive element of the project Unpae – Un paese tutto per te that since 2018 is curated by Andrea Croce, with the collaboration of Alessia Delli Rocioli, Michele Sablone, and will be included in Art Verona 17 in the LAB section, dedicated to non-profit projects.The residence takes place every year in the town of Roccacaramanico (Pescara) in August, and the selected artists live for two weeks in contact with the inhabitants of the village and the evocative mountains that surround it. In 2021 the four residents (Jacopo Belloni, Sara Ravelli, Stefania Carlotti and Gabriele Zagaglia) organized the happening Le stelle cadenti diventano cardi e i desideri si svegliano tardi in the area of the ruins. This year Maria Chiara Ziosi, Zoé Couppé, Collectif Souse-Titre, Luca Frati + Ursulina De Lombardia have developed ideas close to everyday social themes, and on the last day they have created installations and actions spread in the village. In every edition the dynamics between the participants and the relations with the outside are determined in progress and make the residence itself a production, a performance in which artists act directly on the territory, establishing a deep dialogue with it. In just a few years a community spirit and project sharing has already emerged, in which the people connect in different ways with locals and discover new interpretations, also thanks to the proximity to nature.

The respect for this relationship between individual and nature is the basis of the residence Hub Aterno: Stones and Waters by Laura Viale, artist hosted in the project Mattatexture (Winner of the Creative Living Lab competition promoted by the MIC) for the section Matta Contemporary Art, curated by Marcella Russo. In 2021 Michele Giangrande started the residences, with the final production of a permanent work for Spazio Matta in Pescara and a docufilm on the performance he made there. Laura Viale has just completed the work started in June in the urban spaces near to the river Aterno, first of all with a phase of exploration, which has turned into action.The artist, using the frottage technique, is very close to the environment, but does not affect it: paper and graphite capture a trace but do not leave their one. In this way a tactile and subjective bond is created, which highlights the interpenetration between the natural and anthropic element, meant to transform over time. 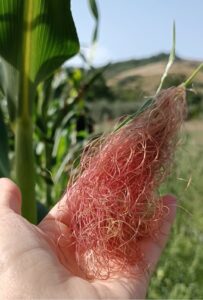 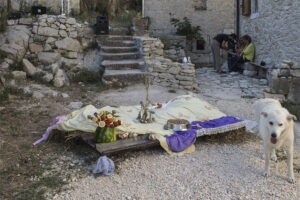 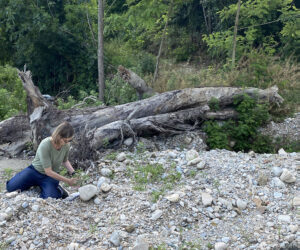