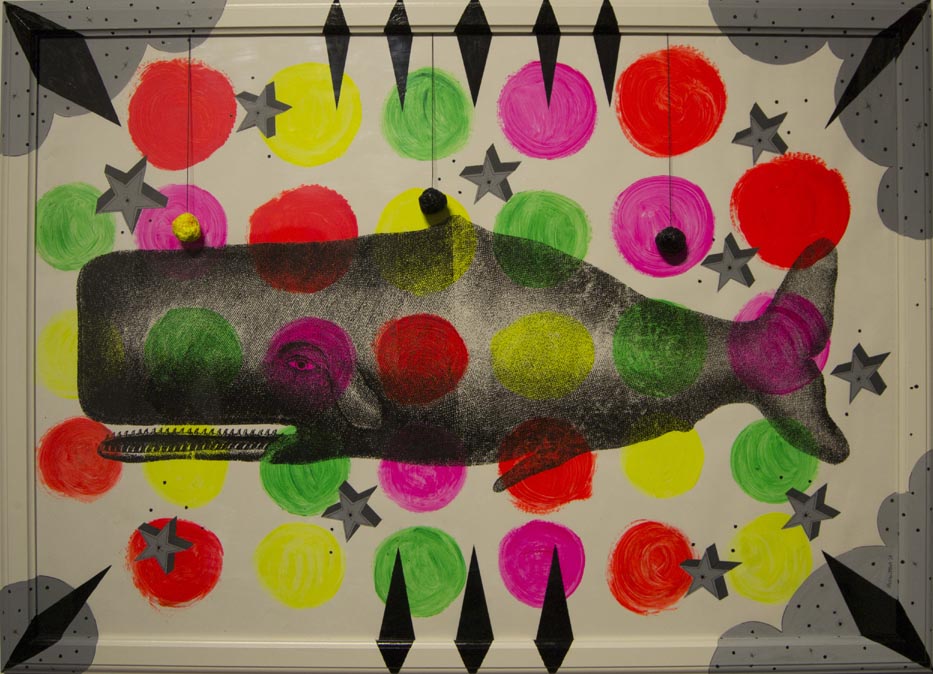 The colors and fluorescences of Stella Tasca invade the Parione9 gallery in Rome with the exhibition “On the wild side”, until 30 June 2018. The exhibition, curated by Marta Bandini and Elettra Bottazzi, presents the world of an artist who observes the wild side of nature, focusing on the distance that man has placed between himself and this type of reality.

The attention to the natural universe, led Tasca to the construction of a suggestive story, where flora and fauna are protagonists along with that combination of power and delicacy, which belongs to him. The lively dynamics of the colors, the different supports and the many techniques used in the realization of the works, immediately make the contrast between strength and fragility, typical of every living form, perceptible.

Tasca elaborates an imaginary in which tigers, whales, birds, flowers and other beings still, escape from their habitat, to merge into a dreamlike dimension, to which she attributes her own spatial-temporal conception. An anthological dimension that external concepts sedimented in the memory and in the lived of the artist. The use of the written word, which in the works becomes a further message for the viewer, allows her to focus on specific concepts, as in the case of the term “wild”,  which recurs in most of the works, or as it happens with some parts of Leonardo’s writings on vegetarianism, which Tasca inserts in some works.

The silkscreen technique, pop tones and stylistic references to hardcore punk, create an incisive aesthetic, which transmits in an ironic and immediate way, the power and ferocity of this wild world.

Each work, in its own material and with its peculiar structure, interacts with the others, stimulating the visitor to reconsider his relationship with the universe that surrounds him, proposing a more gentle and less superficial approach in comparison with species other than our own.

The importance of diversity is here a fundamental element, on which the artist insists, managing to compose a unitary discourse, using different technical languages. Painting, collage, sculpture, are interrelated aesthetically, through the use of color. Paper, cloth and wood become a bright and fluorescent unicum, which originates from the artist’s origins. Tasca, in fact, attributes to the works an affective meaning, going to recover those colors that her father used in his serigraphs. An act responding to an aesthetic need but, at the same time, attributes to the whole work the value of a gift shared with the visitors. A gesture consistent with that conception of openness and respect towards the whole, which runs through the entire exhibition. 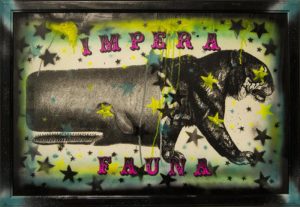 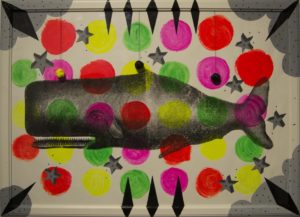 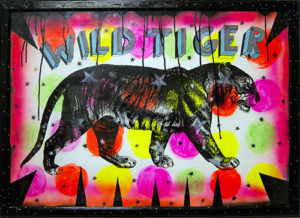