The value of the unfinished: “..

Thousands have visited it in Poland and Verona hosts it at the Fonderia 20.9 gallery until 4 June 2022: Rafal Milach’s Strike is above all a reconfiguration of the relationship between photography and politics, photography and civil, urban, civic object. The Polish photographer associated with the famous Magnum agency, together with his colleagues from the APP collective, talked about the street protests that in Poland accompanied some coercive government choices regarding the individual dignity and freedom: not least the denial of the right to abortion.

Milach as well as a photographer is also an activist, an educator, a visual artist who presides over the curation of his exhibitions. Often, like the previous one (The first march of gentlemen) hosted at Fonderia 20.9 years ago, he contaminates image and architecture. His work focuses on the power relations between society and systemic structures. His current artistic practice is the clash between non-heroic gestures and apparently neutral spaces, which are actually placed against a political background of current events.

Strike is an example, a flash, like those of Alex Liverani, who blinks control systems and protest strategies in front of us. The oppressive nature of the areas Milach investigates is reflected in the appropriately formatted architecture, objects and social structures. His is not entirely photojournalism, it is not entirely reportage. Milach raises the lens towards balconies and windows to include an astonished and distracted humanity, apathetic and dull in the flow of demonstrations that heat the streets instead. Like the subjects evoked by Yokomizo Shizuka in Takashi Homma’s boxes, frozen by the flash, fixed in a graphic formaldehyde, cropped on the border between drawing and photography, these stateless people are the opaque and cold off-screen to the boil that also flows in the theatrical videos.

The Solidarnosc symbols and icons have now faded, the red that flies in the squares is that of the graphic lightning invented by the collective of photographers. Great thing when photography is an active incipit. The red lightning bolt stands out on faces, flags, windows, billboards and banners because Milach and colleagues have disseminated it as a tool of unity of purpose. Milach’s goal includes margins, with the aim of reactivating and expanding the periphery. His point of view suspended between windows and balconies (the mezzanine of Duchamp’s Great Glass or the Andalusian Dog) bounces off the direct and allocutory one of the portraits that break into the grid of the icy and anonymous geometric architectures reproduced in the installation (the texts are by Angelica Rivetti).

Strike looks at us and concerns us, even from the very Catholic Poland. The exhibition can be visited from Wednesday to Friday from 10 to 13 and from 16 to 19.00. Saturday from 10 to 13.00. Foundry 20.9 was born in 2015 and alongside the exhibition program of both emerging and established artists, combines workshops, a searchable library of photography, and laboratory spaces. 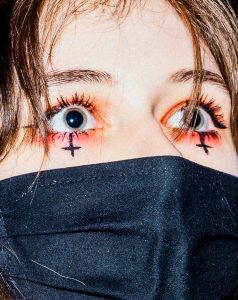 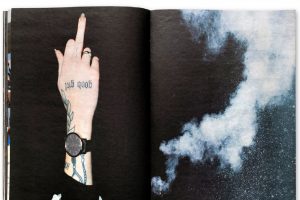