Sophie Ko. The remnant of the ..

Martina Camani (Vicenza,1994) is one of the finalists of Francesco Fabbri Prize tenth edition, for the “Emerging Art” category, with “I WANT (to kiss you so much)”. The work belongs to the “I WANT” series (2021) focused on “desire” as an inner motive that moves us towards someone or something in a clear and unequivocal way, which could be as simple, childish as deep, intimate and overwhelming.

Eleonora Reffo: Sport is one of the imaginaries you draw on for your research, what fascinates you most about it?
Martina Camani: Sport has a magnetic effect on me, it is a visual ecstasy that deeply moves me. The first sport’s aspect I had the opportunity to work on was sports cheering: I believe it is a form of love in every way, with all the drifts and craziness that the irrationality of this feeling can entail. I also think it has such a strong hold on me because in part I see it connected to my theatrical background. I love every aspect of sport, it’s a complex work that requires a very high level of direction and that follows pre-established and fundamental rituals: one or more athletes perform on a stage showing off their skills in front of an audience that in most cases has paid an entrance fee to see a show that excites them and that is made of music, lights, costumes, food, action and above all bodies. Bodies that exult, bodies in tension, meaningful bodies.

Il Salotto” is the name of the studio, in Vicenza, that you share with other artists and different professionals. What role does this shared dimension play in your artistic practice?
In my artworks, the interaction with other professionals has always been essential, both in terms of the conception and the realization of the work. As for “Il Salotto”, apart from being a piece of my heart and hosting artists and friends that I deeply respect and love, I think that its hybrid form is the key to the complexity of languages that I seek. It is a vital environment open to dialogue, the people who inhabit it are like universes in their own right, each of us enriching the others simply by continuing to be what we are, and carrying out our work individually or in joint projects when we have the opportunity (such as “Fitness Bodies”, the site-specific installation I created in May 2021 with Fabio Ranzolin, Gianna Rubini and Francesco Pozzato in the windows of the Porta Garibaldi railway link in Milan for “Co_atto”).

The non-human comes into your research by reshaping pre-established symbolic roles and values and by appealing to human interiority. What guides your visual reflection?
My very first approach to the non-human animal world, I think, took place on a purely inner level. I never had any pets, but as a child – and this has been constant over the years – I used to play answering the question “what animal are you?”, as if the answer to this question would tell me something more about who I was or who the others were. I always knew I was a monkey. For me, the artistic research on the animal world started with a symbolic-mythological study, in particular on animals in dreams, based on Hillman’s reflections on animals as living archetypes that inhabit human minds and souls. Over time, I have increasingly moved towards animal studies, with a more scientific approach to the universe of non-human animals, trying to escape, as far as possible, from the anthropocentric vision with which our contemporary world is imbued. As I said before, animal language is currently my main area of interest because it allows me to open an investigation into the most different aspects of the animal: the body, aesthetics, character, feelings, relationships, behaviors and the effects that all these areas of interest produce. It opens up infinite imaginaries. I think that the different ways of approaching the animal world represented a sequence of paths that I do not necessarily see as separate but that I believe will continue to meet between theory, current and future projects.

I had the pleasure of having a chat with you at number 13, Piazza De Gasperi in Padua, where MAC is based: an initiative of the Padua Youth Project Office which provides shared artist studios. For nine months, the selected artists use the spaces free of charge, assisted by the team of the Youth Project Office’s Creativity Area (Caterina Benvegnù, Stefania Schiavon, Patrick Grassi, Elisa Pregnolato) and guest curators (Stefano Volpato, Francesca Manni and Giovanni Paolin). How is this project currently influencing your design and research path?
For these nine months at MAC, I decided to develop my reflection on the animal world, especially on the non-human animals that occupy urban spaces and on the languages interconnected with them. These studies, by their inherent conformation, push towards the question of social integration and towards reflecting on the occupation of certain places and community spaces. Working here on human and non-human animals, for me, means deepening an intersectional reflection on the body as the main instrument of language and vehicle of meaning, also in relation to the city and those who inhabit it. Alongside this, I am also researching the world of sport and the possibilities for performance connected with it: we’ll see who’s going to score! In a way, it’s like I’m finally putting together all the pieces I’ve collected over the years.

Martina Camani was born in Vicenza in 1994. In 2016 she took the bachelor’s degree in Visual Arts at the Academy of Fine Arts in Venice and concluded in 2019 her master’s degree at the IUAV in Venice in Visual Arts and Fashion. In 2016 she was the founder of the theater company Teatro della Cenere; the same year she won the popular jury prize at the Combat Prize in Livorno. She participates in several national and international exhibitions: Ho rubato un giardino (Casa Capra, Schio-VI, IT, 2019); Pelle d’oca (Villa Vertua Masolo, Milan, IT, 2019); ReA! Fair (La Fabbrica del Vapore, Milan, IT, 2020); Santa Carne (AB23, Vicenza, IT, 2020); Fitness Bodies – Remembrance from the Lethe (Co_atto, Milan, 2021).In 2019 she receives the mention of the jury for emerging art at the Francesco Fabbri Award for Contemporary Arts, curated by Carlo Sala and she is a trainer at the residency for the Santa Carne project organized by Teatro della Cenere, L.S.L.C. and Piero Martinello, with whom she published the fanzine of the same name in March 2020. In 2021 she takes part in the Nauforia artistic residency on the Moana60 sailboat and she works as a performer in the Bruce Nauman’s exhibition at Punta della Dogana – Venice. Since June 2021 she’s a resident artist at MAC – Artist Studios, Padua; and since January 2019 she’s a resident artist at Il Salotto, an independent art studio, Vicenza. 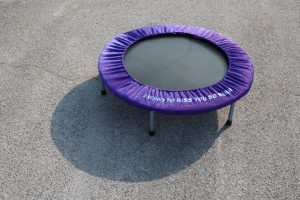 Martina Camani, I WANT (to kiss you so much), installation, 2021, courtesy the artist 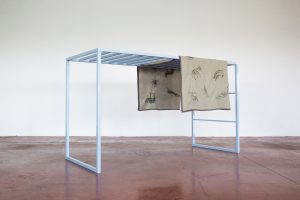 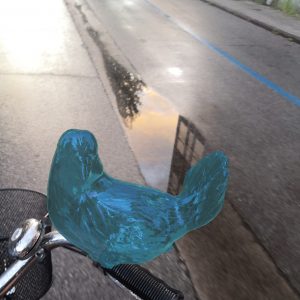 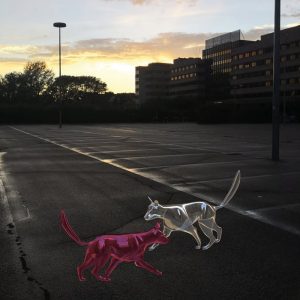 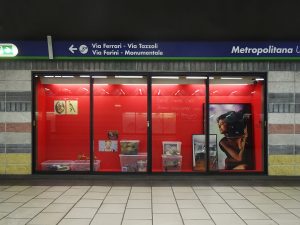