Keith Sonnier at the Neues Mus..

The MAC VAL of Val-de-Marne (department on the outskirts of Paris, part of the Île-de-France region) is a museum exclusively dedicated to the study and promotion of the French art scene that has developed since the 1950s, curating exhibitions and managing a wide archive of documents, catalogs and works; a total of 2,500 works make up the collection, for a total number of about 330 artists. Among these, we point out some that belong to the international art scene, such as those of Christian Boltanski, Gina Pane, Annette Messager, Pierre Huyghe.

The MAC VAL project started in 1982, following the creation of the Departmental Fund for Contemporary Art (FDAC). Then, in 1990, the assembly of the General Council of Val-de-Marne decided to place the future museum in the center of Vitry-sur-Seine. In 1992 the project manager was selected: the Jacques Ripault and Denise Duhart architecture studio. On the basis of this project, a white and transparent building was created, open to urban space and vast green spaces. The total cost of the operation was 30.5 million euros.

Subsequently, the project was included in the 2000-2006 State-Region planning contract, receiving the support of the Ministry of Culture and Communication / Regional Directorate of Cultural Affairs of the Île-de-France and the Regional Council of the Île-de -France, obtaining an additional contribution of 15 million euros. The construction works (started in February 2003) were completed in May 2005, the opening to the public took place on November 17, 2005.

The museum building, located on a plot of 20,000 square meters, has 13,000 square meters space of which 1,350 are dedicated to temporary exhibitions. But the peculiarity of this building is the public garden (more than 10 thousand square meters) that surrounds it and in which a path of sculptures belonging to the museum’s collection develops.

On an annual basis, the museum staff organizes two temporary exhibitions either monographic or collective or built as an extension of the collection, often relating the poetics and cultural gems of the 1950s with the most current artistic developments.

The exhibitions in progress are: “Le vent se lève” (closing scheduled for October 17, 2021, curator Alexia Fabre), and the one-man show dedicated to almost twenty-five years of Taysir Batniji’s work. We focus on the latter.

Born in Gaza in 1966, Taysir Batniji studied art at Al-Najah University in Nablus, Palestine. In 1994 he was awarded a scholarship to study at the Bourges School of Fine Arts in France. Since then he has divided his time between France and Palestine. During this period spent between two countries and two cultures, Batniji has developed a multimedia practice, in which he weaves drawing, installation, photography, video and performance… His works, often tinged with impermanence and fragility, draw inspiration not only from his subjective history, but also from current events and the history of art, focusing on a trace, on the memory of a form, a gesture, a plot, on the absence of a loved one, on the deprivation of land, on the disappearance of a image… His methods of approach distance, deviate, lengthen, conceptualize or simply play with the initial subject, offering, in the end, a poetic point of view, sometimes acrid on reality, linking work to work, sign to sign. If we wanted to go back to John Aubrey’s memory, we could put these words in the author’s mouth: “I want to point the finger at things that are usually forgotten, making those who could be forgotten for hundreds of years walk or appear, so as to bring before our eyes the places, the customs, the stories of a past that must be brought back to the present or of a current situation that must be intertwined with what binds it to the past “.

Already involved in the Palestinian art scene of the nineties, Batniji has multiplied his participation, since 2002, in numerous exhibitions, biennials and residencies in Europe and around the world. His works can be found in the collections of many prestigious institutions including the Center Pompidou and the FNAC in France, the V&A and the Imperial War Museum in London, the Queensland Art Gallery in Australia and the Zayed National Museum in Abu Dhabi. . Taysir Batniji’s work is represented by the Sfeir-Semler Gallery (Hamburg / Beirut) and the Eric Dupont Gallery (Paris).

The exhibition brings together paintings, drawings, photographs, videos, installations, performances (from 1997 to 2021) in a vast self-portrait and in a sequence of correlations, offering a reflection on identity. Paraphrasing Georges Perec, the title of the exhibition (“Quelques bribes arrachées au vide qui se creuse”) takes us to a melancholy space where uprooting and displacement are the driving forces. The curators are Julien Blanpied and Frank Lamy, and the exhibition was organized with the support of BIC, Après Midi Lab and Atelier Populaire. 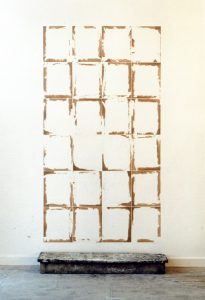 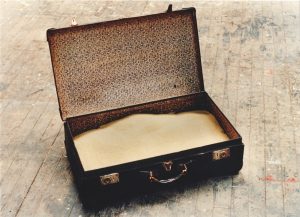 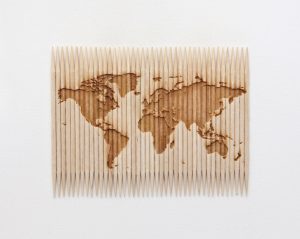