Vincenzo Estremo. Be water my ..

Superfluous. A reflection on t..

The Bass Museum of Art opened in 1964, thanks to a donation made by John and Johanna Bass to the city of Miami Beach. John Bass, in the role of president of the Fajardo Sugar Company in Puerto Rico, was not a simple amateur of a particular genre, given that the works collected over the years denote a 360-degree curiosity, but he certainly had the means to support and promote contemporary culture, not only in the role of the collector, but also in that of the generous donor who “invented” this museum for the city of Miami Beach from scratch. Then, Bass himself directed the museum until 1978, the year of his death.

The Bass is, today, a non-profit, tax-exempt organization accredited by the American Alliance of Museums and was formally inaugurated in the Miami Beach Public Library, a Deco building dating from the 1930s and designed by Russel Pancoast. In 2001 the original building was completely renovated to a design by Arata Isozaki, thus reaching 16 thousand square meters exhibition space. Subsequently, in 2017, the museum underwent a further restyling, again increasing the exhibition spaces and equipping itself with a cafeteria and educational spaces. The museum’s dialogue with contemporary international culture is part of its statute, but educational purposes are now a priority and must be seen as a challenge to be conducted day by day. The sculptures, scattered in various parts of the city, within the “Art Outside” project (financially supported by Funding Arts Network), are part of this popular concept, as they impose themselves on the gaze of every passerby and capture their attention. These are monumental works, and in the times of the Covid-19 pandemic, the path must be seen as a real exhibition that develops from the museum to Collins Park, including works by Ugo Rondinone, Jim Drain, Sylvie Fleury, Lawrence Weiner, Susan Philipsz, Abraham Cruzvillegas, Glexis Novoa and Karen Rifas.

We also highlight the exhibition “The Willfulness of Objects”, with works from the museum’s collection, some recently acquired, and focused on the theme of everyday objects. Some of these “visual signs” are part of the “found object” poetics, then altered, recycled and transformed, as a testimony to the countless facets of human nature, history and the environment that surrounds us. The changes in the form, use and value of the object alter its meaning, identity and personal or cultural significance, bringing new values which can upset its original meaning. Working with existing or commonly used objects (such as pearls, a gas pump, a commercial freezer and a bag of potatoes) these artists create works that encompass different media, sizes and formats ranging from sculpture to painting to assembly, so much so that the desire to talk about the banality of the object emerges in the mouth (thus transforming the words of Hannah Arendt to our needs). Occupying the second floor of the museum, the works investigate a range of social and formal issues, including: a looming future filled with material debris and natural disasters, the volatility of freedom, the fragmentation of political and civic bodies, and the alchemical possibilities of art and expression. Therefore, every single work invites us to reflect on the inheritance and malleability of forms and their meaning. Duchamp’s idea of ​​the ready-made (although significantly transformed) remains in the background, as well as all the poetics from the 1960s on the contamination of extra-artistic materials. The exhibition includes works by Allora & Calzadilla, Jose Bédia, Abraham Cruzvillegas, Cerith Wyn Evans, Lara Favaretto, Mark Handforth, Tracey Moffatt, Paola Pivi, Pedro Reyes, Karen Rifas, Mika Rottenberg, Jamilah Sabur, Xaviera Simmons, Eli Sudbrack, Adrian Villar Rojas, Danh Vō and Haegue Yang. The exhibition is curated by Silvia Karman Cubiñá and Leilani Lynch, and was created thanks to the sponsorship of Phillips. 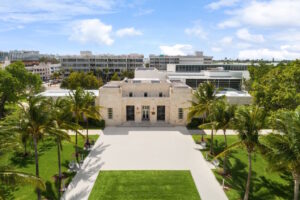 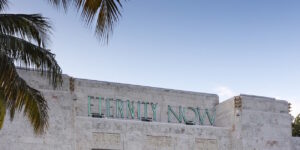 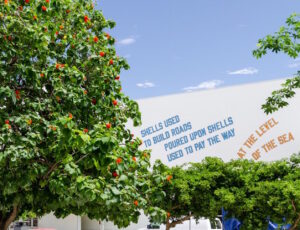 Lawrence Weiner, SHELLS USED TO BUILD ROADS POURED UPON SHELLS USED TO PAY THE WAY, AT THE LEVEL OF THE SEA, 2008. Environmental dimensions. Collection of The Bass. Ph Zaire Kacz, courtesy The Bass 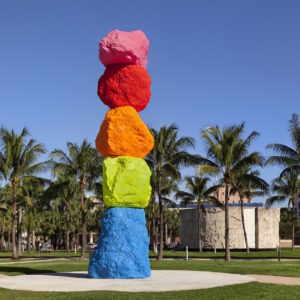 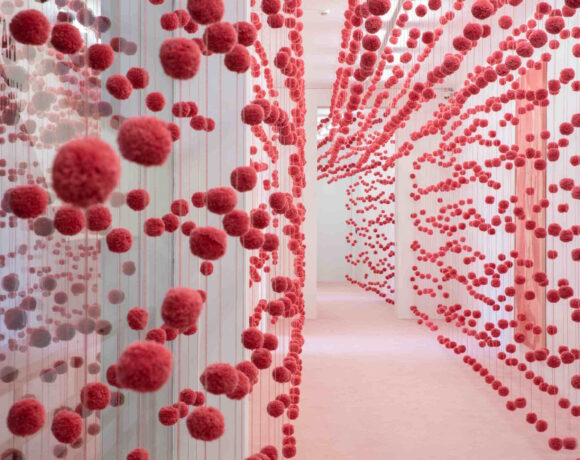 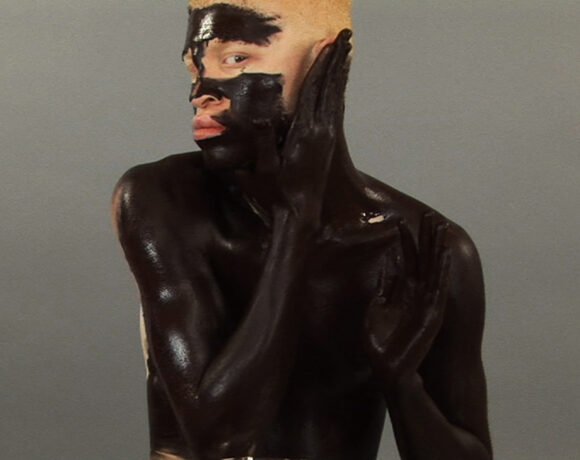