Light is the essence of every landscape and constitutes the connective tissue between the depicted elements, which are visually and emotionally defined by the atmosphere in which they are immersed. This term, which scientifically indicates the mixture of gas that surrounds the earth, commonly called air in its lower layers where biological and meteorological phenomena occur, has extended its meaning to designate an existential condition of a given environment, concerning the feelings or reactions it may elicit. In the most evocative landscape paintings, these aspects are complementary and merge in a unified way, characterizing the values ​​and visible appearances of the objects in an infinite range of unrepeatable optical and emotional shades.

Paul Dettwiler (1961), researcher, restorer, and architect with dual Swiss and Swedish citizenship, has been a working painting artist for forty years, dedicating himself to urban landscape painting in which he prefers scenic views of historic cities. In his paintings, old buildings stand as scenic backdrops that pass on the historical legacy of the place where they are located while also leaking the echo of possible stories projected in an uncertain temporal dimension between past and future. By bringing his experience as a restorer in painting, the artist uses ancient enameling techniques, superimposing multiple transparent glazes of oil painting on an egg tempera base, as painters did during the Renaissance and Baroque. From the great Venetian masters, he also inherits the sensitivity for the luminous atmospheres, through which the buildings and characters seem to come to life and acquire a dreamlike and mysterious connotation.

The theme of the city view in Dettwiler’s paintings, while relating to this strand of landscape painting that in art history boasts numerous illustrious predecessors, is not fully included in the categories that this classification implies. Although most of the buildings are recognizable and faithfully marked by decorative or material details that only the expert eye of an architect can notice, they are not precise and objective views. The buildings are grouped along with the outlines of the streets (or canals in case of Venice), creating a sort of frieze that functions as a theatrical backdrop, opposed to free plots of the sky that we can only guess the vastness. The atmospheric effects make the view palpable: the warm colors of the bricks or stones illuminated by the sun often contrast with the cold and bruised ones of the cloudy sky, creating an unsolved sense of expectation. By varying the pictorial layout and the consistency of the color (now transparent and smooth, in a minute rough and lumpy), the artist obtains a skillful mimetic representation of the various materials with a few strokes, from bricks to tiles, stone, clouds, and water. Each element is sketched in a synthetic but exhaustive way, everything is mixed with light, and the whole gives the impression of a cinematographic shot.

The artist seems to integrate and modify reality by passing it through the filter of fantasy and memory: the topographical interest in Dettwiler is the starting point for depicting the city as a meeting place for memories and mental projections that insinuate themselves between the silhouettes of “real” passers-by. The tiny people who occasionally cross the streets or the ghostly presences recalling the ancient souls of the places whom already played protagonists of myths and legends, as well as the jelly aliens visiting environments foreign to them and protected by a cloak of mist, blend in with the atmosphere like a swarming background, which almost tends to escape a superficial observation. Therefore, the marked scenographic vocation of the buildings does not determine the frame of a central scene in which the fulcrum action of the painting takes place, but reflects itself, as if the buildings were at the same time also the protagonists of a narration that remains in a state of latency while keeping its dramatic potential intact.

For this reason, Dettwiler could be defined more as a “portraitist” of facades than a landscape painter, or perhaps even better a “novelist” of cities that can bring history together with new spatial-temporal suggestions. In his case, the narration takes place not through the reconstruction of facts, but through the expressiveness of a pictorial draft that follows the world’s pastiness by incorporating light as if it were one of the constituent materials of reality. In his shots coexist the immediacy of the Plein air, the casual freedom of touch of the musician who improvises, and the careful, scientific observation of the play of light on the surfaces at various hours of the day and in different weather conditions. In him, the invention is refined and respectful in its underground visionary nature. It is an expression of the will to work on reality without the need to upset anything of the places he decides to paint. For this reason, the border between reality and illusion is very blurred. Only those who know the depicted places can realize that in some cases even the images created by the artist are impossible visions, built by assembling different views that are unlikely to be perceived in a single glance because they are too distant from each other or because they are hidden by the interposition of other elements that are not shown in the painting.

What the artist offers us with his views is a journey through time and space that simultaneously recalls the eighteenth-century Grand Tour through European cities of art through precious souvenirs of affection in which the snapshot coexists with elsewhere. The overlap between these two dimensions that can exist as parallel worlds in the same image without affecting its coherence is perhaps the unique aspect of Dettwiler’s poetry, and it thus reveals his way of feeling and “touching” reality. 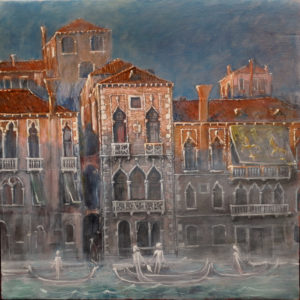 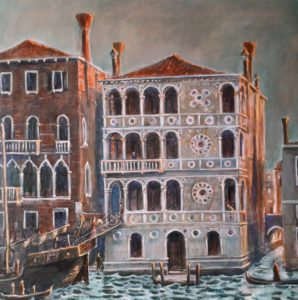 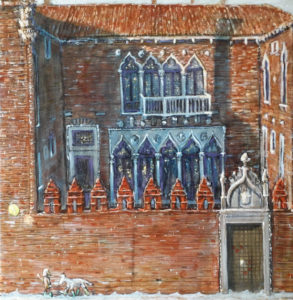 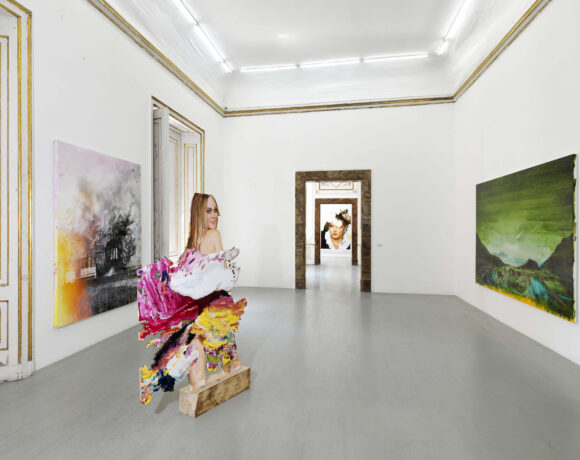 Ida Tursic and Wilfried Mille. Between conceptuality and painting 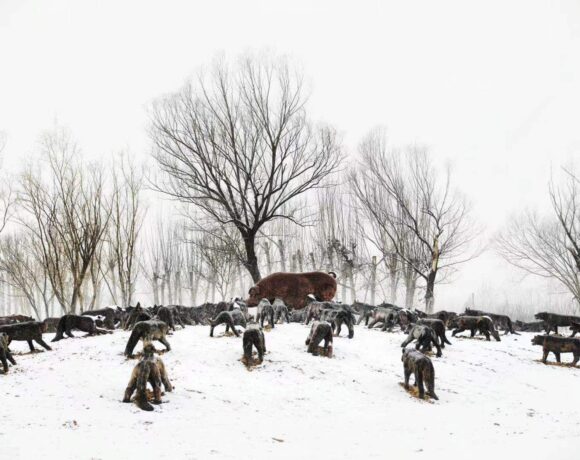 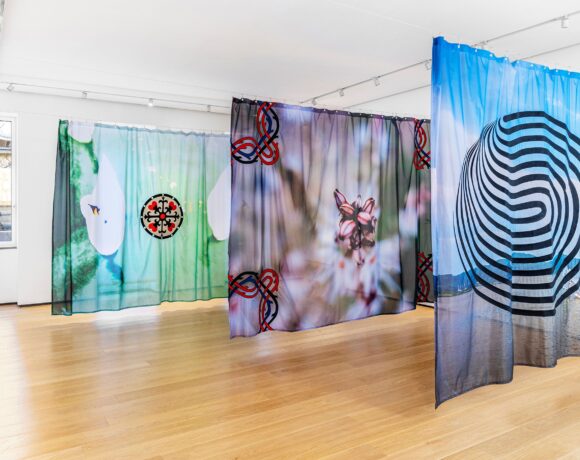