The human body as a fragile “material”: Copland/Cr...

The human body as a fragile “material”: Copland/Crespo’s allusive relations at P420 Gallery 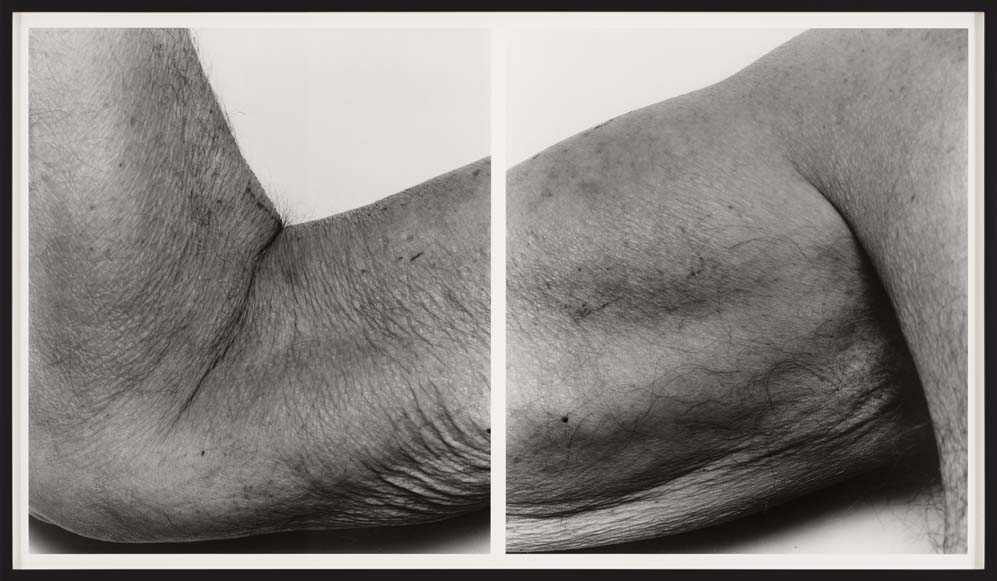 A sophisticated and daring dialogue, almost a forced linkage in its harmonies and dissonances, in its clear points of contact (first and foremost the human body and its unilateral and bidirectional relations) and its hidden clues, sometimes elusive.

A love match and, together with it, almost a conflict between two different periods, languages and artistic research, which are just apparently distant but much closer than it seems.

The “stage” is P420 Gallery in Bologna and the exhibition is Foreign Bodies, created by the art curator João Laia and strongly wanted by the Gallery located in via Azzo Gardino. In it, the focus is on the relation between some photographic works realized by John Coplans (London 1920 – New York 2003), art curator, critic and artist (he started his career in visual arts when he was 60 years old), and some sculptures by June Crespo (Pamplona, 1982), a very young (and very emergent) spanish artist. An exhibition which is not easy to interpretate, not suitable to every taste, complicated and stimulating in its different inputs and elusive connections.

The starting point, the human body representation, one of the most investigated theme in contemporary art, is unambiguous and clear. No mistakes on your first impression. Evidently, Coplans and Crespo, both seem to start by analyzing the form, the body, in this case, in order to choose, not just two different medias, but also two paths, two points of view and two researches which appear completely different.

Here the going gets rough and only who is really fascinated can stay in the game. Because going inside João Laia challenge means for the visitors the activation of some mechanisms that push them towards a non-passive fruition of the exhibition and of the space. Everything, in that stage which now starts to seem much more similar to a ring, says: go beyond your first glance, give a deep look in order to understand what’s inside, think and stop if you need to, but what you superficially see cannot be enough.

It’s by looking beyond that you understand that you need to see the exhibition from another perspective by using a less predictable interpretation key which will be more allusive, almost “winky”. June Crespo’s works, sensual mixes of materials (cold/hot, hard/soft, indestructible/fragile, a reference to feminine nature), place themselves in that imaginary area, that perfect distance from John Coplans’ self-portraits. Almost winking to them in a very interesting and positive way.

Coplans tells us about himself, fragments his body in b/n photographs, partial self-portraits that allude to a sculpture idea; Crespo tells us about women and contradictions in order to arouse contrasting sensations, especially thermic and tactile ones. For example, think about her radiators molds, made by cold materials but mixed with “hot” fabrics.

What becomes more and more evident here is the dynamic and “blinding” relation between all the different works in this double solo show: both of them explore, in fact, a human body seen as a “material” and an object/container: strong and solid and, at the same time, fragile and vulnerable. And by formulating hypothesis, we arrived to a conclusion: maybe this is the real and deep meaning of this relation/conflict in this stage/ring. 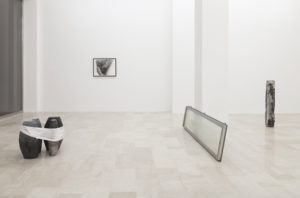 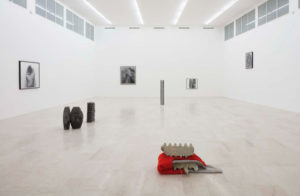 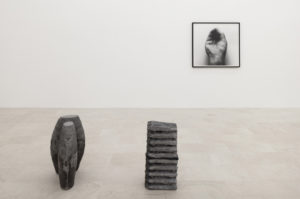 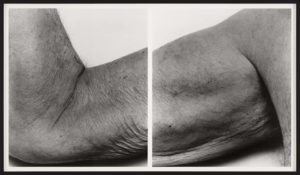