The interconnection between art and life in the re...

At MAMbo in Bologna, until January 6th 2020, the first anthological exhibition of the contemporary Italian artist Cesare Pietroiusti can be visited. His project “A Certain Number of Things”, created in collaboration with the director Lorenzo Balbi and the curator Sabrina Samorì, is accompanied by a double challenge: trying to fathom the concept of “retrospective exhibition” while creating this within a conventional space like the museum.

The inclusion of episodes, actions, behaviors, linked to a precise biographical moment of the artist, allows to widen the boundaries of the exhibition and to underline the interconnection between art and life existing in his projects. All these elements are generically defined by him as objects-year precisely because they are strictly dependent on the temporal dimension.

It is this interconnection that, in particular, distinguishes the museum room that Pietroiusti dedicates to his memories of childhood and adolescence. Photographs, documents and sound elements are presented here giving the viewer the possibility of establishing a more intimate relationship with the artist.

Significant is, for example, the photograph “Chess game with dad” (1963) in which the progressive autonomy that the child acquires with respect to the father is central. An element of significant growth that is symbolically reduced to a defensive move played in a chess duel.

However, the main event that characterized the artistic production of Pietroiusti dates back to the following year, 1964. Cesare is in the family home when he takes the decision to knock down the wall that separates his room from his grandmother’s house, with which it was usual, at night, to converse with a knock. The frustration of not having reached the goal and of having seen that wall rebuilt and reinforced by a group of workers is interpreted by him, a posteriori, as a reminder of his artistic research.

It is no coincidence, then, that after twenty-six years, in the installation “Finestre-Vivita 1”, Pietroiusti tried to see beyond the walls of an imposing sixteenth-century Florentine palace. He uses the camera to overcome these spatial limits. The collected photographs are then enlarged so as to allow, at least to the viewer, to go beyond the wall and to enjoy, in a completely new way, the space that surrounds him.

Another fundamental, though subsequent, moment in the artist’s life was the decision to undertake medical studies, which allowed him to develop a marked interest in psychology. It is in the light of these studies that drawings, made by him at the age of three or four years, acquire a new meaning, such as to guarantee their inclusion in the exhibition.

Also in this area Pietroiusti’s thought appears to be quite innovative and revolutionary and this is confirmed by the collection of drawings of his patients carried out in 1984, when he considers the possibility of abandoning the career of medical psychiatrist to dedicate himself exclusively to art. His inability to classify human thought in a rigid way begins to mature.

The sketch becomes one of the many ways through which to artistically express oneself. He has always been considered not so much skilled in design, the freedom of sharing becomes essential for him and the tools used to do so always appear new. From this derives the third recurring motif in his artistic career, in addition to psychology and identity: interdisciplinarity. That is, the ability that Pietroiusti has to range from design to radio broadcasting, from journalism to politics.

An example of this is “Non-functional Thoughts”, a project lasting three months, during which he decides to collect his thoughts daily on newspaper sheets. Or the performance, created in collaboration with Paul Grisths, “Eating Money”, during which both artists ingest the highest-value banknote given to them by the public, which is then defecated and returned with a certiﬁcate to the owners. Explicit here is the critique of contemporary society and of the value conferred by it on the economic system. The economy is able to control man and so provocatively the two artists decide to reverse the relationship: now it is man who rebels and demands a subjugation of the economic system.

Taking an interest in the contemporary context makes Pietroiusti an artist deeply imbued with the context that surrounds him. In fact, there are several cases in which he is directly interested in society. In the project “Doing something for others” (1994), the artist personally undertakes to complete, partially or entirely, tasks that viewers assign him. In other works, instead, he decides to give voice to their individuality. In “Dressing Any” (1992), for example, he collects and exposes that garment that makes one feel sensual.

The participation of Cesare Pietroiusti is also active for the young people chosen for the preparation of the last object-year relative to 2019. A laboratory, inside the exhibition itself, where artists and students have the opportunity to work on its side to reproduce the exhibits in physical, performative and narrative form. 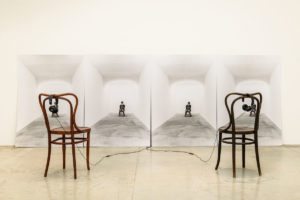 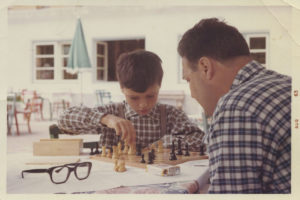 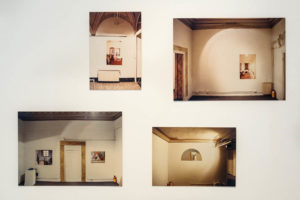 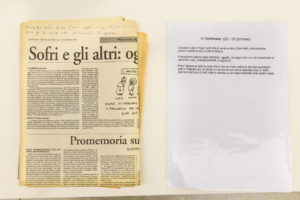 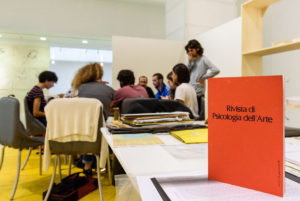 Cesare Pietroiusti, 2019. The sixty-fourth year is represented by a work created specifically for this exhibition and consisting of the sum of the remakes of some of the exhibited works; remake whose modalities are decided – and put into practice – collectively by a group of young artists and theorists who, with me, participate in an active laboratory inside the exhibition.