The Michetti Prize at the National Art Gallery of ...

For the first time the Michetti Prize leaves the halls of the homonymous Foundation to move to another city. On 17 October 2020, in fact, after taking place in the summer in the usual setting of Francavilla al Mare, in Abruzzo, the exhibition was again inaugurated in the Salone degli Incamminati of the National Art Gallery of Bologna. The event therefore arrives in the Emilia Romagna to re-propose the dialogue between the thirty artists selected by Guido Molinari, a professor, among other things, at the Academy of Fine Arts in Bologna.

L’aureola nelle cose: sentire l’habitat (The halo in things: feeling the habitat): this is the title of the 71st edition of the 2020 Award, which, as the curator himself explains, derives “from a poem written by André Breton. Aureole rather than aura – he continues – because the things that are around us, in the habitat that surrounds us, possess a sort of aureole, a magical-mystical halo that artists are able to grasp and interpret”. This is how the different versions of the reality that surrounds us come out, at times almost contrasting with each other, but all extremely lucid anyway. On the other hand, as Molinari always says, “artists, especially today, base their work on a continuous relationship with the surrounding world. Mobile relationships, never the same, whose nature is reflected precisely in the diversity of the works”. Hence the increasingly frequent use of different media also by individual artists, a trait that represents a specificity of the latest generations. During the twentieth century we witnessed commuting movements, among those who preferred to focus on painting and sculpture and those who, on the other hand, preferred to opt for cold media (think of Arte Povera). Today artists use everything,” he says.

Observing the thirty artists – Francesco Alberico, Thomas Braida, Calori & Maillard, Pierpaolo Campanini, Edoardo Ciaralli, Giovanni Copelli, Lucia Cristiani, Giovanni De Francesco, Sara Enrico, Lorenzo Kamerlengo, Sacha Kanah and Lisa Dalfino, Maurizio Finotto, Enej Gala, Niccolò Morgan Gandolfi, Corinna Gosmaro, Giuseppe Lana, Francesca Longhini, Maurizio Mercuri, Valerio Nicolai, Mattia Pajè, Marta Pierobon, Giulia Poppi, Luca Pozzi, Davide Rivalta, Marco Samorè, Ivana Spinelli, Marcello Tedesco, Natàlia Trejbàlova, Devis Venturelli, Serena Vestrucci – we realize the application of a transversal thought in the moment of choice, also dictated by the objective of providing an objective and exhaustive recognition of the different experiences present today on the Italian territory.” There are very young artists such as Francesco Alberico – underlines Molinari – but also more ‘mature’ artists, such as Ivana Spinelli, who in some cases also held the role of teachers: in addition to comparing generations, I was interested in witnessing this sort of passage, this common thread that is established between those who were pupils and those who, on the other hand, had the task of forming the new generation”. The decision to transfer the Michetti Prize inside a building – that of the Pinacoteca di Bologna – which also houses the Academy is perhaps part of this precise intention.

The selection criterion is also connected to the question of dialogue between generations, which, the curator explains, was based on the “frequentation of galleries, museums and alternative spaces: among these, for example, Gelateria Sogni di Ghiaccio – located in Bologna – founded by Filippo Marzocchi and Mattia Pajè, the latter present in the exhibition”. But, “in addition to the official and alternative scene – he continues – the internet has also played an important role: a couple of artists – he does not reveal which ones – I selected them by browsing the web, based not only on the vision of the works, but also on reading interviews and critical texts “. The Internet and social networks, on the other hand, represent the last frontier of art – we have seen this especially in recent months – and we cannot ignore them if we want to give an exhaustive picture of the situation.

The Michetti Prize, established in 1947 in honor of the painter Francesco Paolo Michetti, a native of Francavilla al Mare, has therefore been working for more than half a century in favor of an investigation into the national and international art scene. But what then is the difference compared to the other prizes? The answer lies in the nature of the exhibition: “A different curator is called on time and time to time, he emphasizes his own interests and orientations. This is the strength of the Michetti Award. Personally – concludes Molinari – I was struck by an edition curated by Renato Barilli in 1992, in which a summary of the contemporary art scene was made: I remember that Cuoghi and Corsello, Mario Airò and many others participated. It was something new, which struck me a lot. So, with regard to the Prize, I like the idea that there is always a different and up-to-date look at things, sometimes close to my interests, others very far away, but which still manages to arouse a certain curiosity and attention “. 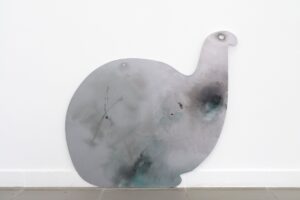 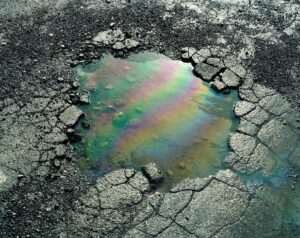 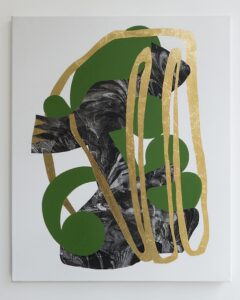