The value of the Research. Pietroiusti, Di Stefano...

Any rule that by revealing the artist’s method establishes the “authentic” interpretation of an artwork can – as Sergio Lombardo said – «open the way to deeper and more interesting interpretations, of which critics should be more suitable protagonists». From this interpretation, the artist elaborates the definition of event which is not only the object of the practice of Cesare Pietroiusti, co-founder together with Lombardo himself and Anna Homberg of the Jartrakor research and experimentation center (1979), and presents at The Gallery Apart with «Valori», an exhibition open until July 29, but also of the research of Giovanni Di Stefano to which 1/9unosunove Gallery has dedicated until next July 2, the exhibition «Significant Errors. Works from 1983 to 2022».

One of the most interesting questions of Lombardo’s eventualist theory is how his method, which imposes the application of objective and preliminary rules to the actual creative phase, can leave room for interpretative subjectivity. The objectivity of the rule and the presumed univocality of its mathematical-logical foundations does not exclude, however, the possibility on the part of the viewer and of the author himself of obtaining a reaction different from the codified one. The purpose of the event is, therefore, the reaction provoked by the work understood as generating stimuli.

Giovanni di Stefano, both in the Experiments of Blind Painting (1982) and in the Blind Painting with a Circle (1984) flanked by Pietroiusti and Lombardo, enriches the definition of event through the gnoseology of error. «If art manifests itself as an error, therefore against the conscious intention of the author, its task is no longer to produce it or to create it, but to find a technique capable of amplifying it, of highlighting it». In addition to offering an exhaustive overview of his practice, the «Significant Errors» investigate how the work manifests itself, in the randomness of the error, no longer as a represented entity but present.

Pittura Cieca con cerchio (1984) brings out the artist’s desire to make his own method. Estranged from his egoic presence, he tries to blacken a geometric figure traced on the surface (the circle), blindfolded and in a predetermined time wondering if and how much his blindness can compromise his ability to encode it visually to arrive at an intrinsic knowledge of the same and whether this condition can be defined as an «opportunity to see beyond appearances».

In Strappi (2007) some monochrome sheets, torn into four parts by anonymous performers, are recomposed by Di Stefano without any compositional conditioning creating an unconscious aesthetic. The randomness of the tear expresses the desire to seek perfection through error never changing and witnessed by the video on display as an integral part of the work. The ontological truth of the event and the necessary coexistence with the negative are also present in Laser (2002) where the support for the drawing of the performers, placed in a dark room, is this time a sheet of photosensitive paper the drawing on photosensitive paper.

From the gnoseology of error to the dynamics of exchange whose processuality is investigated by «Valori» Cesare Pietroiusti’s solo show at The Gallery Apart. Through a collection of banknotes enriched by random messages from anonymous authors Pietroiusti proves to be Lombardo’s “son” in the idea of work as an interactive experiment – think of the collection of Non-Functional Thoughts (1997) – but trying to grasp the encounter between the real and the symbolic between the trace of the marker and the purchase value of the banknotes or even between the physical presence of the individual identity and the desire for homologation inherent in the economic value.

The link between Art and Research which is too often undermined by a critique devoted to Aesthetics and  to the clear judgment or to the separation between Art and non-Art, is proudly carried out by Lombardo, founder, in 1979, of the Rivista di Psicologia dell’Arte, and by the Jartrakor group, which includes – in addition to Lombardo himself – also Pietroiusti and Di Stefano. Clearly it seems claimed as the heart of a new school of thought even by emerging collectives such as Numero Cromatico an experience characterized by adherence to a program  to a common idea  unlike the numerous independent spaces that flourished in the territory and by the collectives that, although often active in shared projects, do not wish to be subjected to labels, for example recent Roman artistic history is full of them (the “schools” of Piazza del Popolo or San Lorenzo, by the others). Indeed, they are trying, on the contrary, to maintain an individuality that makes one of the tasks of the historian, that is, the elaboration of a history of present art, extremely difficult. In the absence of fixed points (currents or movements) Lombardo’s group, which was never a supporter at the time of the logic of an art market that wanted it within specific “current” (Pop, Arte Povera) seems, nowadays, to fill a void, and its return in vogue is evidenced by the growing enhancement of its artists by Roman galleries. 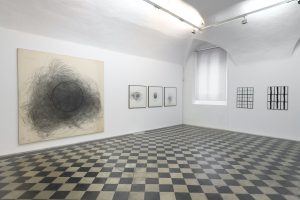 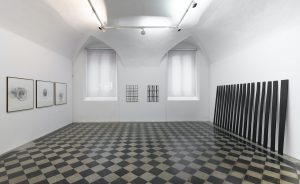 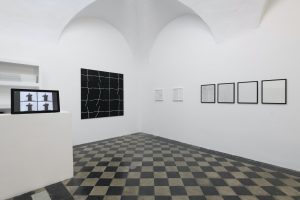 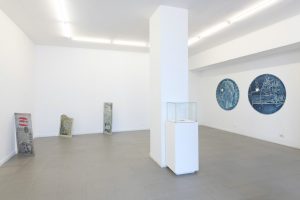 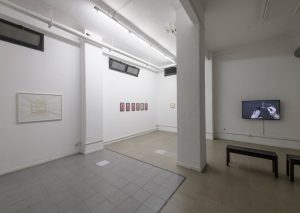