Vincenzo Estremo. Be water my friend

The Bass Museum of Art, Miami ..

Vincenzo Estremo. Be water my friend

When I think about the personality and the activity of Vincenzo Estremo, the first word that comes to my mind is “multiplicity”: he is a curating professor at NABA (New Academy of Fine Arts) in Milan, he collaborated with loads of institutions such as the Van Abbenmuseum (Eindhoven), he is co-director of an editorial collection, he regularly writes on Flash Art Italy and he published some books. Among these, the last one is titled Teoria del Lavoro Reputazionale (“Theory of reputational work”). This book is a strict analysis, but also a proposal that gives to the public new possible ways of living and working.

Your research is strongly inclined on moving images studies. How did the idea of a theory on reputational work came up?
If I have to be sincere, work and research on moving images are parts of reputational work because one is the precondition of the other. In the book I tried to tell in which way research and artistic work nowadays should tolerate other forms of legitimation. In my career, I often reflected on how could I live with this activity: if studying the political function of moving images is sort of a vocation, a passion, an interest field, guarantying to myself the possibility of keep on doing it is part of another thing, and I thought to write this meta-theoric text to study dynamics those are the roots of artistic work.

How would you define “reputational work”? And which is the relationship of it with the moving images?
Moving images became a tool that gives the possibility to amplify our self image and this process allows the development of reputational work forms. In the book I talk about the transformation of the video and I talk about how in the time, what Fredric Jameson defined medium in postmodernism, continued to evolve until it became a nemesis of some of its initial aims. My researches are always about tactical and political functions of video, but during the conversion of social networks from textual platforms to “sharing video hubs” something changed. The form of video became a tool that is more attractive for medial promotion and this hegemonic function of moving image left some tracks on socio-material experiences. Reputation work is the actual frontier of cognitive work, an activity where productive chains are involved with a self-entrepreneurial narration. This mechanism helps the deregulation of the work itself, not just the artistic one, but all the cultural jobs and the cognitive one for extent. The substantial iniquity and exclusivity of this branch produces ideologic domains that I wanted to collocated in the world of art.

In the book you talk about The Working Life (2013) by Superflex, which you define as a “form of radical riot that teaches how to be in peace without doing anything”. Covid19 could trigger two opposite mechanisms: the achieving of the apex of exploitation through “smart-working”, or a new collective “doing nothing”. In your opinion, which one of these two possibilities became reality? And why?
In 2014 Superflex were the main focus of the show curated by Vanessa Joan Müller and Cristina Ricupero New Ways of Doing Nothing at Kunsthalle of Wien. In that case, as in my book, The Working Life (2013) represents a link of conjunction with examples from the ‘60 and ‘70, in which art constantly rejected institutional and commercial requests and the contemporary prospective of  “doing nothing” develops its potential on a society focused just on productivity. With the global emergency we understood the necessity and the right of being disconnected, or just the fact that our homes are architecturally speaking a productivity machine in which we are trapped. If I don’t believe that in a liberal multiverse such the one we are living in binary choices are possible, because the opposite of “exploitation” is not “doing nothing”, I still believe that this exceptional condition brought back to light the blackmail work. This is an old biopolitics game in which crisis dominates on times and ways of production with the aim of eroding the possibility of workers to choose. Covid-19 showed, also if it was clear already, the iniquity of a productive and life system that silently asks to choose between health and job, between the possibility to keep on doing a job and the right to be in a good health status.

You use the Narciso myth to talk about the self-representation and the narcissism those increase exponentially with platforms such as YouTube, that has “broadcast yourself” as a slogan. On the other side you explain that these phenomenon of video communication are different from photography and cinema: how? What differs most between a photography that shows his author and a video uploaded on YouTube?
Let’s say that this is an innovative disruption question, so similar esthetics (selfie) bring different effects. This new media phenomenology has a different impact from the others that came before, starting from different productive conditions. In the greek myth, the poor Narciso falls down in a lake in which he looked his reflection and he dies sinking. Our protagonist is punished because of his cruelty. The lesson of the myth talks about an inhibitive and aggressive power, that wants to make every body that rejects the social condition in which is merged sick. The difference of that Narciso from the “youtuber Narciso” is in the power permissiveness that undermine this second model. Our Narciso is not conscious of his subaltern status even when he falls in a vortex of alienations such as the “binge-watching”; in fact the cinematographic device that domains on Narciso encourages that stratification, it keeps the relationship of power hidden and it leaves the prosumer with the illusion of freedom. Of course, this doesn’t imply that the disciplinary power is gone forever, but it means that the seductivity of the mediatic image is expressed on other levels and with other control models.

You wrote that media don’t die in a clear way but they merge and they make differences between popular media and corporative media fade. Which are the substantial differences between these two forms of communication? And how this new homogeneity drag singular subjectivities in a unique efficient and collective intelligence?
I take YouTube again as an example. The birth of this platform is not a news at mediatic level, but it is innovative if we talk about connectivity. Social media don’t represent a mediate evolution but a resonance and a convergence of messages. A peculiarity of social media is to steal from previous media: photos, videos, sounds in order to reverse functions and amplify effects and consequences. Richard Grusin defined this phenomenon talking about processes of iper-mediation and immediacy. Of course in this hypertrophy redundancy is taken for granted, but plurality a bit less. Efficiency is a quantitative characteristic and not a qualitative one in this form of research.

You talk about Gilbert Lauscault in relation to the definition of contemporary esthetic: “Nello sfumato, nello sfilacciato, nel disperso, nell’impuro, negli abbozzi di descrizioni di particolarità che si rifiutano di venire generalizzate”. How difficult is to understand the line between a really nomad conception that subtracts itself to the many forms of repressions and the umpteenth fashion thing that praises multiplicity with commercial aims?
Art market is necessary on one side but it is at the same time part of a past époque of the artistic production. During the last years the art system with its adaptive and mutant models produced a sense discharge of the market itself, but in the end we hold on with it continuously. Borders of a system in which it’s impossible to look for real results are expired. This freedom is not an advantage sometimes, but just a huge theory of “not defined”. In recent years, art has experienced an alienation status that is the result of its own work and this alienation involves all the agents of the art system. The market tries to keep in this sense of frustration and incompleteness offering symbols and trends that has to do more with seasons than with representations. I hope that these alienation forms can transform, and I hope that art works could become dialectic places, critical islands of the digital dimension. In this case, if they will acquire commercial aims, that will be a minor problem.

I would like to conclude this interview with the sentence of Bruce Lee “Be water my friend”, referring to the necessity to find one’s own fluid nature. How can an artist act in this situation, in order to move others and his fluidity?
Nowadays Bruce Lee would have a YouTube channel with lots of likes, or he would make videos about mindfulness on Instagram with attractive reels and tropical backgrounds, and maybe The Cool Couple could work with it. Just kidding, but when I talked about fluidity I wanted to underline the adaptive condition that is a huge parte of reputational and artistic work. Maybe the moment to be solid has come. We have to be liquid when we talk about our ideas, orientations, but solid if we talk about politics, because art can’t afford the idea of being out of the condition it pretends to talk about. 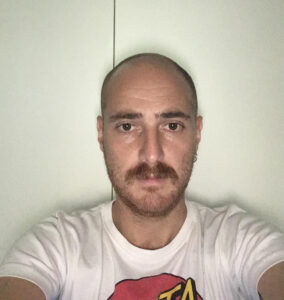 Vincenzo Estremo, professor of curatorship and phenomenology of the image at NABA (New Academy of Fine Arts), Milan 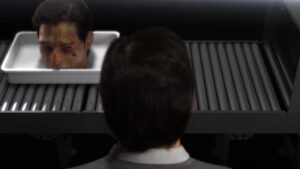 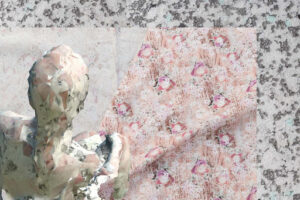 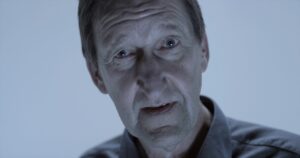 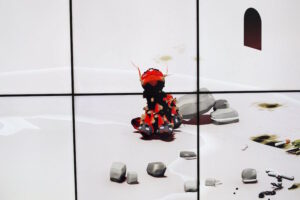 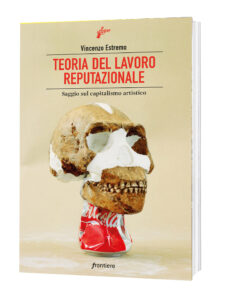 Detail of the exhibition “New ways of doing nothing” curated by Vanessa Joan Müller and Cristina Ricupero at Kunsthalle, Vienna (2014). Courtesy Kunsthalle Wien 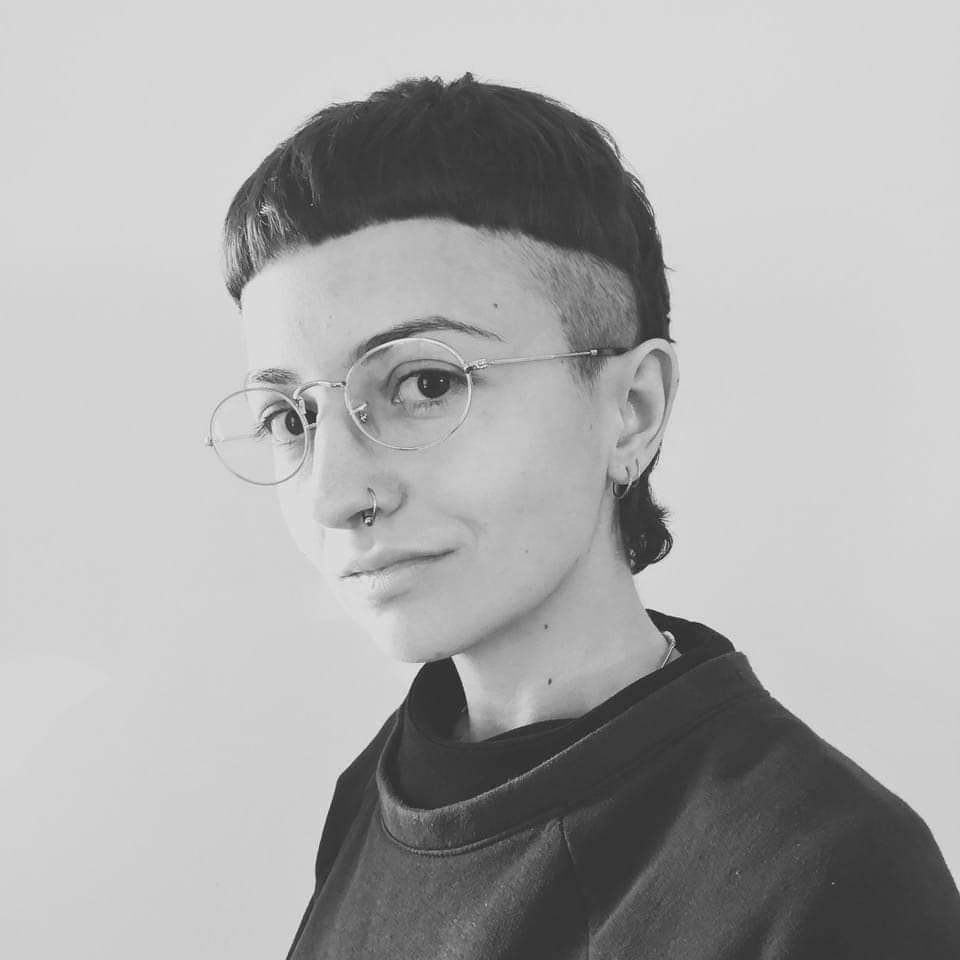 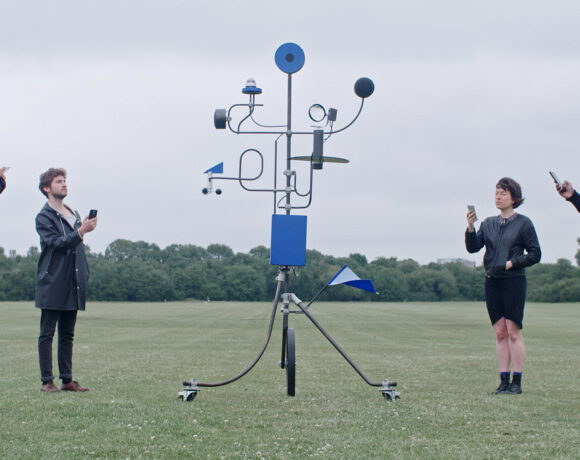