In conversation with Mauro Bar..

Voorlinden Museum in Wassenaar, the Netherlands

Voorlinden Museum in Wassenaar, the Netherlands

The Voorlinden Museum is a completely private institution that thrives on pure patronage since it does not receive any subsidy, nor does it intend to request it, in order to be able to afford full freedom of action and exhibition activity without any conditioning. The Museum was founded by Joop van Caldenborgh, entrepreneur and collector, on the basis of a project presented to the city of Wassenaar in 2012, and then officially opened its doors on 10 September 2016. A small group of benefactors supports the Museum with an annual fixed donation, but a partnership with the Porsche brand should also be noted.

Obviously van Caldenborgh did not enter this adventure as a rookie, since he has declared himself a collector since 1970 and over the years has held various public roles: for a not short period he chaired the International Sculpture Commission of the municipality of Rotterdam; while from January 2005 to January 2013, he was chairman of the supervisory board of the Stichting Gemeentemuseum Den Haag; moreover, from 2008 to 2015, he held the position of chairman of the committee of the PAN Amsterdam art fair and, in 2012, on the occasion of the seventh edition of “Wie is Wie in de Kunstwerald” (2012), he was appointed “the most influential person in the Dutch art world “.

The Museum, designed by Kraaijvanger Architects, consists of twenty rooms, an auditorium, a library, an educational space, a restoration studio and a merchandising shop. The exhibition spaces are divided into three sections: rooms dedicated to the collection, temporary exhibitions and permanent works. Among the works in the collection (just to understand the scope and weight of this museum) we recall some names: Maurizio Cattelan, Damien Hirst, Ron Mueck, Richard Serra, James Turrell, Ai Weiwei.

One of the two exhibitions in progress concerns a part of the van Caldenborgh collection with works selected among his favorites and for this reason it is remarkable because it makes us understand the eclectic nature of his choices. The title itself, Listen to Your Eyes, wants to underline a free association, as well as the possibility of telling stories about the cycle of life and death, but above all it concerns the pleasure of finding ourselves in the game of gaze, in shifting attention from a surface to another, perhaps only for chromatic assonance. This selection of over forty pieces is presented not in chronological order, but in a way that invites visitors to look, compare, explore, right up to the possibility of creating their own story. Listen to Your Eyes includes works by Philip Akkerman, Christian Andersson, Massimo Bartolini, Tjebbe Beekman, Jean-Baptiste Bernadet, Céleste Boursier-Mougenot, Dirk Braeckman, Brassaï, Alberto Burri, Nicolas Chardon, Thomas Demand, Martine Feipel and Jean Bechameil, Ryan Gander, Theaster Gates, Joncquil, Alex Katz, Paul Kooiker, Guillermo Kuitca, Liza Lou, Ivens Machado, Peter De Meyer, François Morellet, Juan Muñoz, Maurizio Nannucci, Mimmo Paladino, Cornelia Parker, Robin de Puy, Bridget Riley, Jan Schoonhoven , Nils Völker, Henk Visch, Carel Visser, Carel Willink, Yin Xiuzhen and Rémy Zaugg.

Then, on February 19, the Museum Voorlinden will inaugurate a solo exhibition by Beat Zoderer, a Swiss artist, born in 1955. If we want to look for an easy frame of reference regarding Zoderer’s work, we could talk about works defined under the umbrella of constructivist poetics. However, we would stop at a purely formal aspect, without touching on some profound reasons that move this design nature in the wake of a gesture that we dare to define as Dadaist. Dada because, in the construction of his sculptures, paintings, installations, he uses materials removed from everyday life, according to a logic where rule and chance overlap. The attempt is to give order to chaos, while leaving room for imperfections and errors, so much so that one wonders: what is the distance between victory and failure? between what is lawful and what we must consider inconclusive arbitrariness?

I don’t think there is a definitive answer. Richard Paul Lohse and Max Bill remain at the bottom, as tutelary deities, yet their poetics included a search for universal laws, starting with the ancient formal canons, while Zoderer proceeds without method, almost in an anarchic way. He is not interested in dogma, but in ambivalence, tension and dialogue between high and low culture. And this monographic exhibition will prove it. 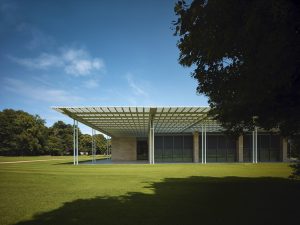 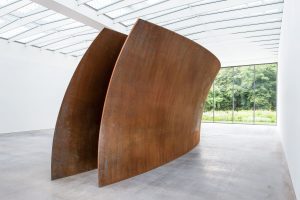 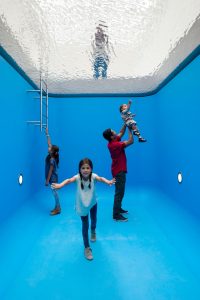