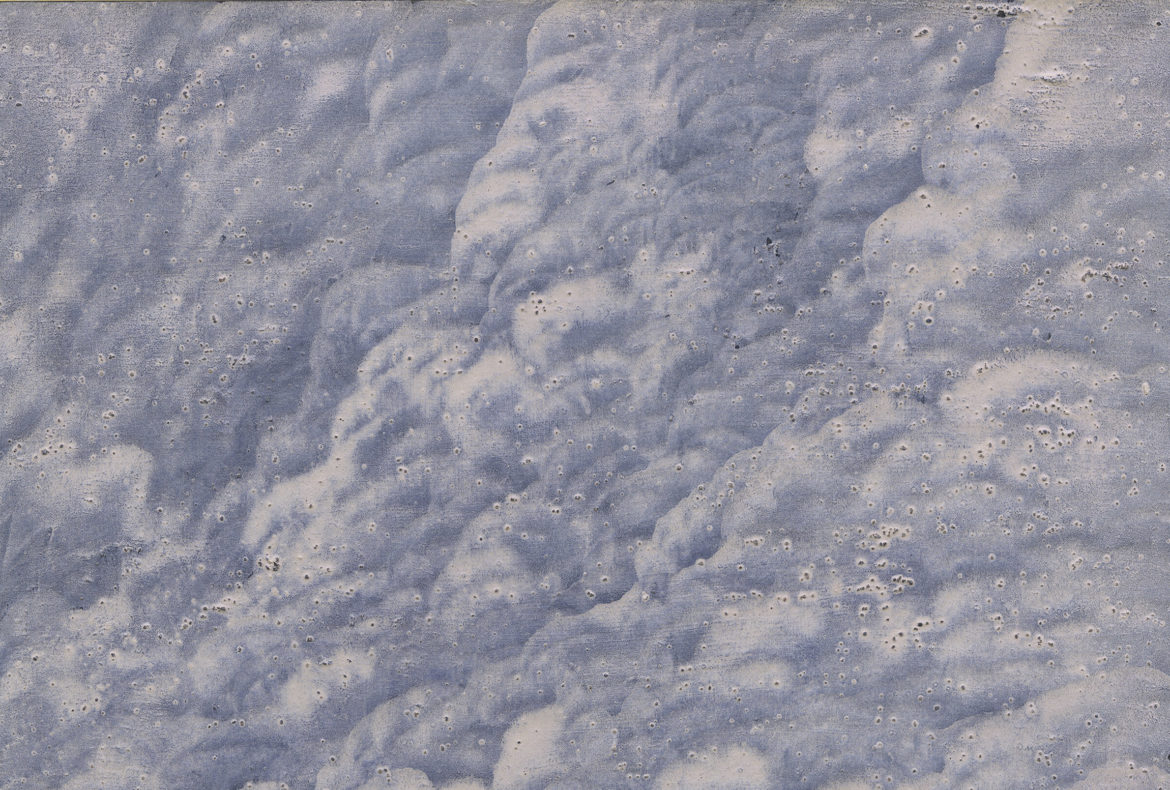 The exhibition What Goes Aroud Comes to Art, promoted by London Trade Art with the support of Redhedge, proposes a reflection on the state of contemporary arts by gathering together the works of five international artists exploring the fluid geography of modernity as part of a personal artistic research. As Jessica Tanghetti, curator, suggests, the exhibition aims to enhance the  interdisciplinary and experimental use of artistic techniques in response to diversified cultural contexts, finding matter and site in the shape of the exhibition hosted at the Herrick Gallery, London.

By conveying the synergies of innovative and experimental approaches, What Goes Around Comes to Art proposes a landscape of micro-realities wherein the artistic practice is influenced by the context in which it operates. In so doing, the exhibition questions the value that art acquires in a global and digital reality. A selection of works by artist, Laura Santamaria, inaugurates the exhibition, part of the series of All the planets effect their revolution in the same direction, 2017, contemporaneously exhibited at the Museo de Arte Contemporeneo A Curuna, Spain, at the conclusion of an artistic residency held in 2017. Works on paper such as Green, 2017, and pictorial works, such as Pink (Series of Pluto’s surface) 2017, reflect a sensible cosmology to suggest a metaphor between the pictorial surface and the surface of the terrestrial planets. By renewing the ancient painting technique of ‘velatura’ through a materialist approach that involves the direct application of pigments on the paper and wooden support, the pictorial surfaces of Santamaria evoke the meditative aspects of painting, layer after layer. By attributing a gestural connotation to the practice of pulverizing pigments, the micro-macro cosmos of Santamaria reflects a poetics of the distance wherein a refined chromatic scale emerges from an opaque pictorial field.

The series of paintings Untitled, 2018, by Francesco Irnem, elaborates on the line that  undergoes the pictorial by demagnetizing it, in the artist’s words, manipulating the line of the horizon into a sophisticated still image that sublimates the view of the sky and the sunsets such as a rarefied atmosphere. With references to abstract painting and vedute, Irnem’s pictorial work seems to draw on Jean Baudrillard and Paul Virilio’s thought on technology to artificially rethink the pictorial frame as a real screen wherein the pictorial thickness becomes a film of the landscape. Questioning the difference between artifice and nature, Irnem proposes a new pictorial perception that, beyond perspectivism and subjective construction, exceeds from pure visibility to suggest the homogeneity of a pictorial field which, almost immersive, is marked by the passing of time.

A more radical approach is that one of Lapo Simeoni who positions his practice into the fabric of the everyday life to revisit the practice of objet trouvé in order to question the consumerism of modern life and the latent narrative of objects beyond specific function. It is evident in the series of works Things left unsaid, 2016, where the combinatory use of objects, images and texts suggests an archival assemblage, drawn onto a matrix wisely treated with painting and spray paint to let fragments of ceramics, photographs and digital codes emerge as symbols  of a new aesthetics. Never nostalgic, the archival order of Simeoni proposes a new constellation such as in the work Leipzig, 2016, wherein historical citations create a continuity between the practices of lithography, frottage and graffiti to reflect a historical narration that recovers the unspoken beyond a positivistic conception of history.

Diego Miguel Mirabella activates a mechanism of cultural exchange by revisiting the motifs of the Moroccan mosaic (Zellige) through a linguistic operation in which the word is simultaneously object and ornament, as evidenced by the series of ceramics But Me, 2017. Collaborating actively with local craftsmen in the city of Fes, the artistic practice of Mirabella is representative of a mastery and a tradition not yet visible. Through a linguistic operation, Mirabella adds a new artistic value from the encountering of arts and crafts that is achieved through translation and cultural exchange. By revisiting Islamic motifs and Western language, the patterns of Mirabella’s ceramics are evocative of new dialogue between East and West.

Not dissimilar is the approach of Daniel Arango in the series The Louvre series, 2016-2017, realized during a period of artistic research that, from studies on the antique at the Louvre museum, led the artist to travel in South Asia and New Zealand to investigate a new exotic and primitive imaginary in the global era. Arango’s paintings are characterized by the contrast between historical citations and chromatic vivacity, manipulating images through a discontinuous and intertextual overlap, given by the digital filter.

With  What Goes Around Comes To Art promoted, London Trade Art presents a mapping of new artistic geographies that between the physical experience of the works exhibited and the synergies of a digital platform, enhances the artistic-cultural exchange focusing on innovative  practices, terms, and artistic values. 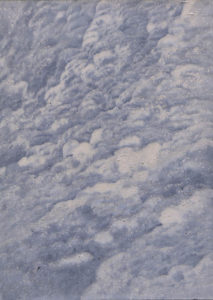 Laura Santamaria, All the planets have the same sense of revolution, Pigments on wood, 50 x 30 x 3,5 cm, 2017. Installation view 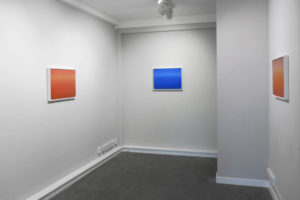 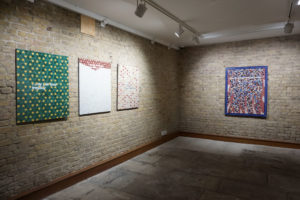 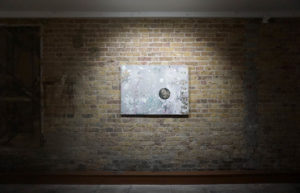 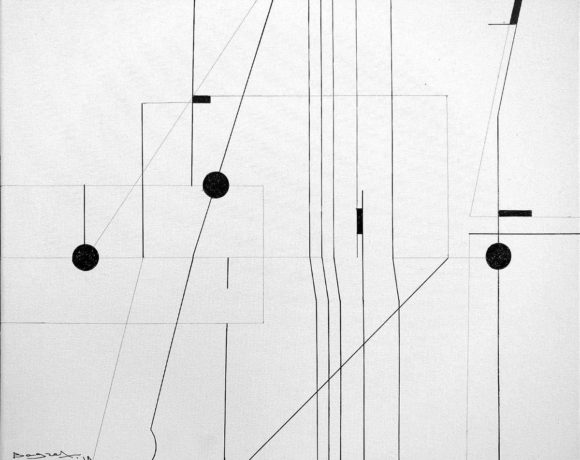 In conversation with Bagrat Arazyan 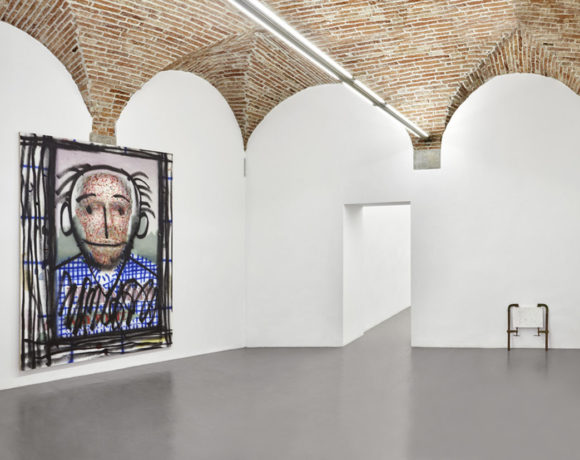 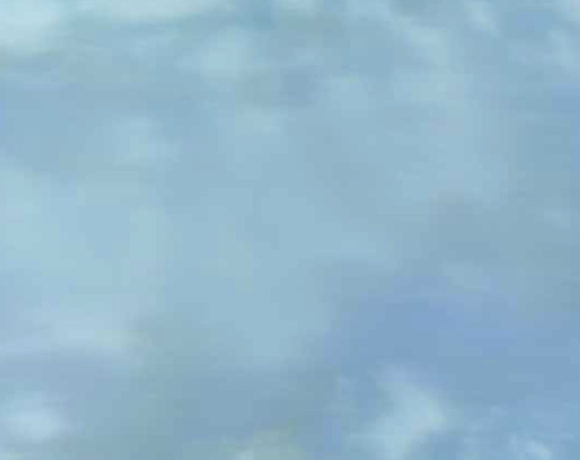