ZERO… is the name that Paolo Zani chose for his gallery on a “slightly magical” night spent in London. ZERO… was born in Piacenza in 2000. The first exhibition, a collective entitled “Natural Blues”, is remembered by Paolo above all for the two works of the series “Flowers and Mushrooms” by Peter Fischli and David Weiss, which the two artists entrusted him as a lucky charm for what would later prove to be a long way.

In 2003, the gallery moved to Milan with the intention of participating in the birth of the Via Ventura area. That was only the first of the many shifts that characterize this wandering gallery, now located at number 44 in Via Carlo Boncompagni, in Milan. The occupied spaces are experienced as material to be interpreted and modified, according to the specific vision of the artist who is called to deal with it.

The collaborations are many varied: they range from historicized artists, like Enzo Cucchi, to dialogues and projects with younger artists. The need is to open up to an investigation of the present without stopping to deepen the vision of the artists of the past generations, those with whom Paolo grew up. The gallery is currently working to organize the exhibition next September, the first solo exhibition with ZERO… by Tommy Malekoff, a young American artist, and planning new collaborations, such as the one with Alex Ayed which will lead to his gallery exhibition scheduled for 2021.

From the first words exchanged with Paolo, it was clear that he was telling me, more than just a space of display and sale of works, of his constant desire to research and experiment with artistic visions. His story is really lucid, steeped in poetry, demonstrating that a sincere and heartfelt project, nourished by solid hopes, will always be able to find the right place in which to realize itself. Below the testimony of Paolo Zani.

«The exhibition space and its architectural and conceptual features have always played a central role in the development of the gallery’s history and vision. The fact of changing this factor every three/four years goes in the direction of imagining the work of the artists in relation to this. After doing a solo exhibition or two, it became important, from our point of view, to try to provide the artist with new spatial material for new challenges. The places we interpreted had, and have, peculiarities that explore further territories compared to the idea of ​​a white cube. The first was basically a terrace, the second a concrete structure with small cathedral volumes and a curious relationship between walkable surface and height, the third an old deposit, large and deliberately left connoted by the worn aesthetic of its past, the fourth the more similar to a canonical exhibition space, towards the center of the city, while the current one is a structure on two levels in a peripheral area of ​​the city (Porto di Mare). The new space is inserted in an architectural and social situation that tastes of experimental. The landscape surrounding the gallery has characteristics that I like very much, with that hotel that stands out in the background beyond the courtyard. And the low buildings, mainly warehouses, that surround it. A pair of hawks nested on the roof of a building overlooking the large square, where a school organized by religious, a transporter, a disco and a recording room coexist – together with us. The place is called Porto di Mare, another unlikely and lyrically out of place element. A stimulating non-place, a sort of contemporary hybrid that would seem to take shape between a story by Giovanni Testori and the landscape cliché of a city in the new world, a “Los Angeles glimpse” in Milan. An idea even before a reality. A place where distances are shortened, where relationships between humans are based on minimum common denominators rather than refined superstructures. When you are in an uncharted and vaguely unpredictable area from a physical and mental point of view, you probably also tend to be more tolerant of others. I like this, the potential of this thing interests me. Blue is the afternoon…, humming inside me looking at the railing building at the end of the street on certain slightly crooked days. You can breathe fresh air or you can project the desire for a new humanity in this landscape and it is stimulating above all for the evolution of a possible interpretation of contemporaneity. This is a sort of recording of the current space-time processuality that characterizes the our daily lives of human beings who feel the need to shout their existence, for example through social media. Waiting for a revelation, sometimes, maybe… In Search of the Miracolous as Bas Jan Ader would say. Even if the numerical data would say otherwise, it is worth believing. If nothing else, as a paradoxical act of poetic rebellion against the Heraclitus becoming of things, because we are men not just animals. I want to underline the sense of solidarity that binds us to other living beings given our common existential dimension. But I think there is a sort of conflict between this, our biological destiny on this planet and the ways in which this experience in the “real” is expressed. I say this with respect for nature, thinking of the difference between respect and love. We need to show off like magnificent court jesters; at least some of us just need it… In a historical phase in which the loss of hope would seem to go hand in hand with tiredness, boredom and reiteration. Then, a virus arrives that pushes to imagine a new world, finally and once again better; the exciting opportunity to start imagining this land as a place where human justice and, in this round, environmental collide. We are incredible… and unstoppable. Given a habitat there is a poetic response, more or less material and even dangerously naive, by man, who like a scornful acrobat of danger moves in space in a balance between a state of luminous grace and sidereal darkness». 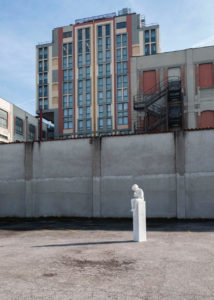 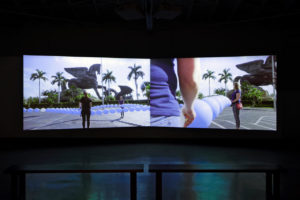 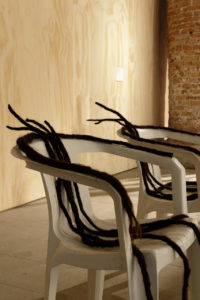 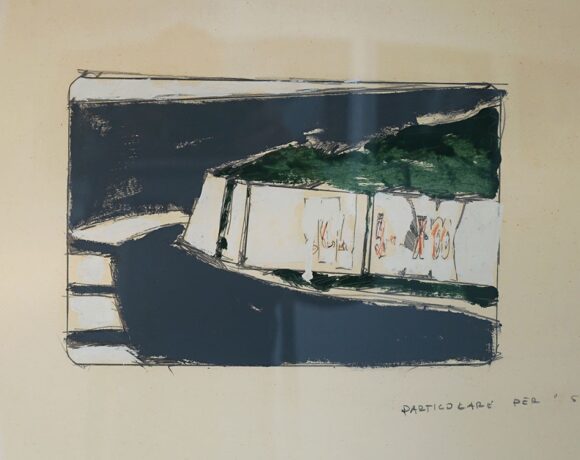 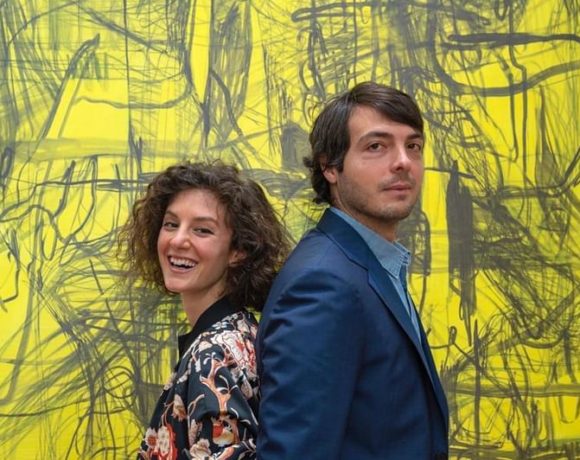