Act eight. The Dark Night on stage at Fondazione M...

Waiting: in conversation with ..

One of the fundamental aspects of the reasoning on the function of Art aimed at an exhibition project, lies in knowing how to ask the right questions on which to start an appropriate reflection. If one were to consider the work of art again as a container of values and not only as a direct testimony of the artist’s actions, the question would arise spontaneously: “How do these ideals find their translation?”. So what does it mean to transmit values? And again, which ones to select, if they are limited only within the contemporaneity? A value cannot be limited to the observation of the real present datum, but its nature refers, in the imagination, to an meaning that is handed down in time. It takes culture to create value, and that value is not only identified with learning, but also with the history of a community. Through the connective process of more or less structured social groups proper to the digital environment, the logics of physical distances are eluded and this involves a fusion of several cultures, which makes more complex the recognition of individual specificities and therefore the individual localized values. The importance of a work of art is emphasized not so much by what it tells, but rather by what it contains in time. 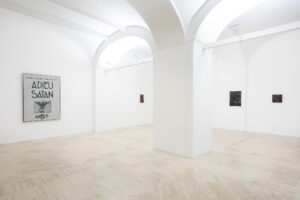 The peculiarity of Conversation Piece, a project curated by Marcello Smarrelli for Fondazione Memmo, lies in the temporal and generational confrontation between international artists from foreign cultural institutes, through their activities. Notte Oscura is the title of the collective exhibition (involving Pauline Curnier Jardin, Victor Man and Miltos Manetas) inaugurated on 12 December, and also the theme chosen for the eighth edition of the project launched by Smarrelli in 2015. The curator’s touch, as for each edition, is clearly visible in the choice of wanting to use as a starting point an ancient historical literary work that can guide the user’s reflection. 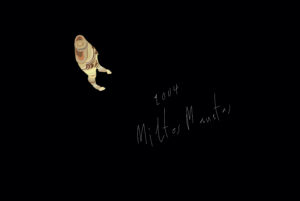 If we try to leave the canonical and linear temporal conception of History and try to imagine it as a cyclical succession of events, we could also evaluate how this does not consider criteria of judgment constituted by binary and opposite considerations, and therefore that the good/evil relationship, progress/regression and right/wrong would not exist, but would be uncritical phenomena without measurable value. It is no coincidence, in fact, that in the poetic work La notte oscura dell’anima by Giovanni Della Croce, written by Smarrelli as the thematic fulcrum, the human soul, to obtain its purification, must accept the contemplative function of the night. The night becomes a necessary expedient for man to be ready to accept divine love. Transposing this thought to contemporary history, one could say that the “dark times” are followed by creative acts. The energy inherent in the work of art does not need, according to the Greek artist Miltos Manetas, to be shown and “packed” to its user, but must be a continuous becoming, complementary act to the function of the Art itself. For his celebrated #ManetasFloatingStudio, the artist, with the help of DALL-E (artificial intelligence algorithm) as an assistant, imagines the epiphany of his work as the day after the advent of the End. This seems to appear a return to the origins where the walls of Fondazione Memmo take on the features of an abandoned church and its frescoes seem to be made in an antipittoric style, because the pigment melts to the soap and is spread on the wall surface in order to emulate the colors of a primitive art. 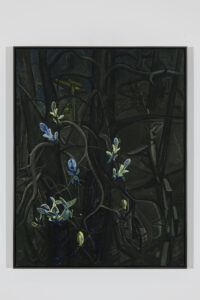 If the negative meaning of the night is lacking in the work of Manetas, with the works of Victor Man this is exalted in its mysterious and contemplative function that already Della Croce with his verses had highlighted. In Illuminated Week (2020), in the meanders of a dark forest, floral buds with an indefinite color appear in the foreground. Man paints his canvases with an intimate and discreet introspective charge: the precise translation of the real data is hindered by the observer thanks to the representation of a twilight and mysterious scenario. It is a lunar atmosphere that envelops the third environment of the Foundation, which welcomes the site-specific interventions of Pauline Curnier Jardin. The moon, in fact, gives its name to the artist’s project (Luna kino), which also includes the six glazed ceramics on display, inspired by the events of the Trummerfrauen, the women who, in the aftermath of World War II, were employed in the reconstruction of the cities buried under the rubble, which here reappear hidden by masks inspired by the moon phases. 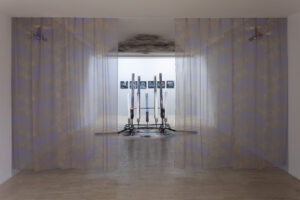 To the women, who had the task of keeping open the cinema Luna Lichtspiegel at the end of the war, goes therefore the attention of the artist, who pays homage to them as custodians of art at the most dramatic moment for the German nation. Curnier Jardin’s second intervention is Duration of wax and consists of a rail carriage on which high candles are placed, and a charcoal design made directly on the ceiling. The flame of candles, while on the one hand it recalls the ritual and folkloristic component of religious processions, on the other it evokes, in the temporality of its burning, the image of the passing, maintaining a lyrical and delicate tone and forcing the viewer to stand on the slow tempo of the rite, on those rhythms stretched that allow it a more conscious reflection on the idea of death. 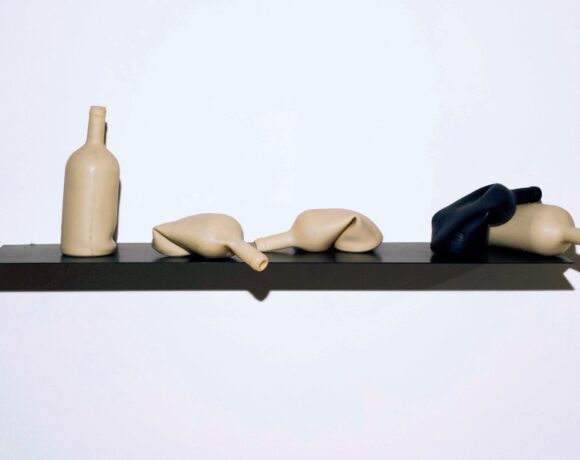 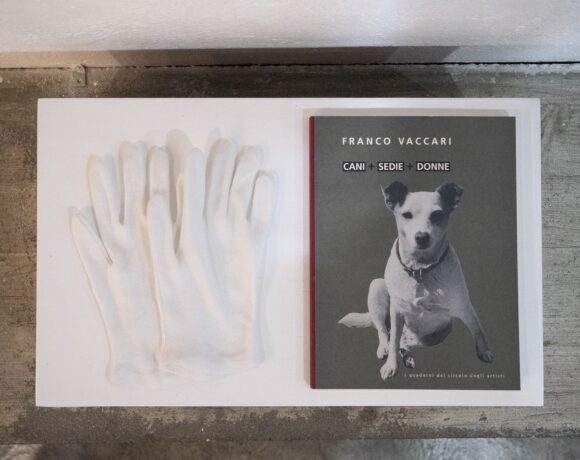