Jenny Saville. The charm of th..

Since its opening in 1988, the Fondation d’entreprise Pernod Ricard has contributed to the development of the French cultural scene at a national and international level, without aiming for its own collection, but only thanks to an activity carried out at 360 degrees, and aimed at not only specialists in the sector but also the most varied public. Furthermore, the following year the Fondation d’entreprise Ricard Prize was established, as a further support and promotion of the young authors of the French art scene.

The theme of abstraction, and the term that defines a certain way of proceeding in modern artistic thought, following the first abstract watercolor by Kandinsky (49.6 x 61.8 cm, made in 1910, kept at the Center Pompidou in Paris, and which is considered the declaration of the birth of abstract art) returns continuously over the years, in exhibitions, reasoning, catalogs, critical essays and so on. Obviously, for this exhibition, the distance from Kandinsky is enormous and his name can be evoked as that of an ancestor. Moreover, the desire to contrast some entity that should be a-figurative with something that binds it to the “narrative” might sound like a contradiction, yet in the end it must be agreed that things are more complex than they appear. In reality, beyond any declaration of principle and his own spiritual instances, Kandinsky himself (and the whole Blauer Reiter current) lived this transit in contradictory ways, that is, in ways that often in the stains of painting and in chromatic contrast let us see the subtraction that was carried out or its figurative origin, for example, in the transfiguration of a mass landscape of indistinguishable color. And there is no need to go back to traverse the transit of an entire generation, from Malevich to Mondrian, who from the figurative knot reached the zero degree, that is, to the maximum and radical, almost maniacal and theological subtraction. And it is not even necessary to dwell on the social value of the Bauhaus and on a widespread rationalist creed (of which the forerunner Loos with his “Ornament and crime” is the maximum testimony), just as it is not necessary to rethink Clement Greenberg, his theories of modernity, to the transit towards the culture of the large non-illusive backgrounds of American painters (the so-called New York school, from Pollock to Barnett Newman, which in fact transit within a few years from action painting to color field painting, leaving out minimalism, considered devoid of sentiment and passion, and with an evolutionary path almost exclusively referring to French and American history) or, finally, to the dichotomy between the figurative political instance and the possibility of being good communists in the 1950s while practicing the abstract verb (see for example the case of Emilio Vedova in Italy).

This exhibition therefore proceeds from other premises, and proceeds along those often uncertain boundaries that have also seen minor figures operate in contexts far away from those few large centers (for example Paris and New York) that have marked with the chrism of anointing western modernity. Here we are no longer talking about the origin of purist aesthetics, but about other values ​​that combine the primary abstract sign (from the square to the circle) with ironic, social, environmental testimonies, linked to the demand for popular and exotic decoration (moreover already exalted in the beginnings of the so-called historical avant-gardes) and so on.

Ultimately this exhibition, in wanting to make a clean sweep of Greenberg’s assumption, attempts to indicate the current relationship of abstraction with narration, with history and with a different vision of the world. Whether these hidden instances are political, cosmogonic, ecological or feminist, in their own way, all the proposed works here proclaim the transitive and resolutely contextual dimension of abstraction, precisely what Greenberg’s modernism had the presumption of suppress. 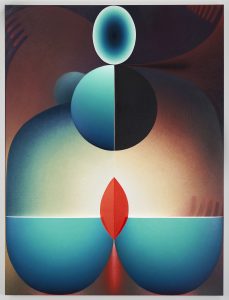 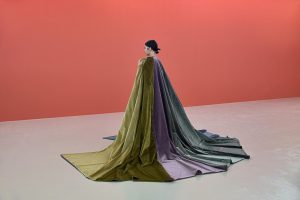 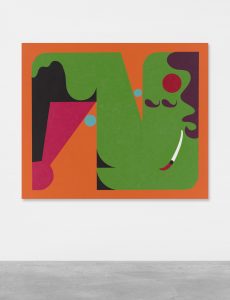