From Afar – In lontananza: Davide Tranchina at Stu...

From Afar – In lontananza: Davide Tranchina at Studio G7 Gallery

The history of photography teaches us to believe in the photographic medium as the only one capable of recording “the necessarily real thing”, as Roland Barthes wrote, and, despite this, not to rely too much on the appearance of things: “Almost all photographs are ‘lies’ – said Andreas Feininger – in the sense that they never correspond to reality: they are two-dimensional reproductions of three-dimensional objects”.

And, in fact, how can we not think of Feininger’s words when we find ourselves in front of the works of Davide Tranchina? In From Afar – In lontananza, the first solo show dedicated to the artist by Studio G7 gallery in Bologna, his works not only adhere to the description provided by the author of The new technique of photography (1966), but – as Tranchina himself states – they necessarily need to abandon the real data to take refuge in something different. It is enough to dwell on the titles to understand what they hide: Pier Paolo Pasolini # 1 (2021), Cesare Mattei # 1 (2021), Charles de Focauld # 1 (2021), David Lazzaretti # 1 (2021) identify the names of visionaries, people to whom reality was too narrow, and that, precisely in order to overcome it, they decided to entrust their lives to the power of ‘impossible’ places – as the artist himself defines them – and out of the ordinary.

From Afar – In lontananza not only contains a reflection “on the concept of distance, on a landscape seen in the distance”, as the curator Jessica Bianchera writes in the critical text accompanying the exhibition, but also constitutes a device for transforming photography into “the space of vision […] new imaginative possibility, place of an epiphany, adventure of gaze and thought”. Tranchina uses photography to land in territories that exist only when we think of them: this is how the panorama of Pieve del Pino – or rather the image of the memory of that place – refers to writer and director who conceived there The vacuum of power, or the famous “article of the fireflies”, published in Corriere della Sera in 1975; the panorama of Rocchetta Mattei instead brings to mind the physician and alchemist Cesare Mattei, who settled there, around the middle of the 19th century, to carry out studies on what he called ‘Electromeopathy’; Charles de Foucauld, explorer and religious interested in Tuareg culture and defending the rights of the most needy, is also linked to the vision of a portion of Hoggar, in Algeria, and in particular to the city of Tamanrasset; the diptych entitled to David Lazzaretti – preacher and founder of the so-called Jurisdavidism – not only shows the image of Monte Labbro, the place where he erected his church, but also that of the surrounding landscape, dominated by the profile of the island of Montecristo – reference to another Tranchina experience, namely the one linked to the residence that led to 40 days and 40 nights in Montecristo (2012).

Finally, the site-specific intervention specifically created for the gallery, a fusion of images referring to the corresponding panoramas obtained by combining / overlapping the cards used by the artist to create the different skylines, summarizes the visions connected to these characters: a sort of union of ‘negatives’, as Tranchina stresses, as it is made up of the remains of the same material, and is also a synthesis of an unveiling operation for which the artist’s modus operandi is – for the first time – revealed to the public.

Returning to the words of Andreas Feininger, Tranchina’s works not only “never correspond to reality”, but they do not intentionally want to do so, because, as Jessica Bianchera writes, “the concept of ‘vision’ recalled in these images [refer to a] capacity both rational and emotional “which requires not so much an objective confirmation of the data, but a re-elaboration of the same through a “visual thought “, an instrument that to be activated cannot rely solely on the faculties of our eyes. 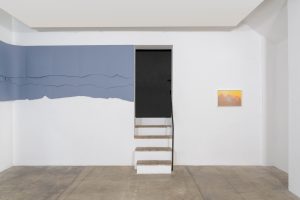 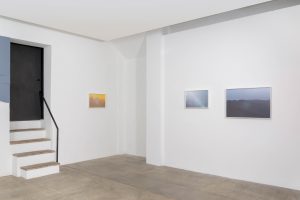 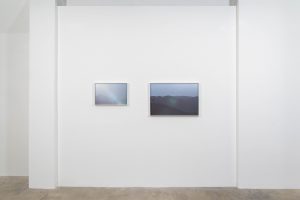 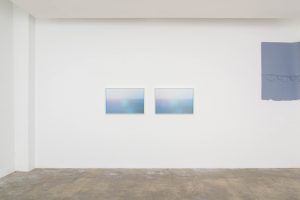