Lucia Sardo’s eyes are dark and her smile is thunderous; the furrows on her skin accompany the thousand expressions of her face, her hair is wavy like stage curtains; in her eyes there is the Sicilian sun; her hands are beautiful, thin and well modeled, and her gaze welcomes, embraces: you cannot exempt yourself from it, which is almost a siren calling you to an extraordinary journey into her soul and into yourself.

Every pore of Lucia’s skin exudes art, the real one, the chromosomal one; with her you can only have a spiritual, energetic, emotional link, as the words are redundant, sometimes misleading; the real dialogue with her is that of silences, breaths and sighs, eyes that look at each other, as every other form of communication navigates on imitative, filtered languages, unable to translate the Truth of feelings, the infinite horizons that her ability to love unfolds to the interlocutor, as Art without Love does not exist, Beauty is always the result of an act of Love, otherwise one remains imprisoned in the earthly Ego, where talent is unable to express itself, imploding in the fears and insecurities of worldliness, not becoming an instrument for the experience of the Infinite.

Lucia Sardo is a bit like Anna Magnani, she could not have been an actress, her soul needs a thousand scripts to manifest itself and to recognize itself; both on TV and on the big screen every interpretation of her leaves its mark, captures the attention of the observer, who cannot ignore her, not to tune in with her, in an almost magnetic circuit where every expression, every word opens a new scenario, almost on an endless journey. To put it in the words of Ludwig Wittgenstein, «I went to delimit the coastline of that island and I found the boundary of the ocean».

In “Picciridda – With feet in the sand” (Picciridda – Con i piedi nella sabbia) – 2019 film directed by Paolo Licata, adaptation on the big screen of the novel of the same name by Catena Fiorello – Lucia Sardo (nominated as best actress at the 2020 Nastri d’Argento award) is grandmother Maria, a rough and authoritarian character, who is entrusted with the care of his eleven-year-old niece Lucia (Marta Castiglia), who is left alone in Sicily as her parents and her little brother emigrated to France in search of a job. The scenario is that of the magnificent Favignana of the sixties, the colors, the movements, the dialogues are those of an authentic and uncontaminated Sicilian land, still far from globalization caused by the new technologies of the third millennium.

The theme of the so-called “passive emigration” is interesting, that is to say the human and social situation experienced by those who suffer separation from their loved ones due to their definitive transfer to distant lands in search of employment. A theme little explored by literature, which nevertheless finds in Fiorello’s novel and Licata’s cinematographic re-adaptation a suggestive and engaging narrative, imbued with social contextualizations that enliven a collective imagination increasingly tarnished by the whirling contemporary mechanisms of the “society of transparency” – to say it with an expression dear to the South Korean philosopher Byung-Chul Han – dominated by the Internet and new media, devoted to finding consensus at all costs “like / don’t like”, which makes cultural approaches and behaviors “osmotic”, thus denying that territorial identity carried over millennia of history.

Lucia Sardo is magnificent in her interpretation, she evokes a little of her personal experience, navigates perfectly in the pond of her childhood and adolescent memories; the scenes are those of her Sicilian world, which she cannot give up, as alpha and omega of all her emotionality, it is a kind of happy island of contemporary existential formats that she is forced to accept, a wonderful refuge in the Truth, in the clear sea of those who act in good faith for better or for worse, without the manipulations and sophistications of a society devoted to appearance.

On the other hand, the semiotic focus of the film “Picciridda – With feet in the sand” (Picciridda – Con i piedi nella sabbia) is, mutatis mutandis, the same as “The Hundred Steps” (I cento passi), a 2000 film directed by Marco Tullio Giordana dedicated to the life and murder of Peppino Impastato. Felicia, Peppino’s wife, is like grandmother Maria, both have to live a heartbreaking human detachment, both have to manage the heavy legacy of someone who is no longer present, in both cases there is a great injustice to metabolize, even if the intensities and motives are different: injustice and social incapacity in Picciridda, human brutality and ancestral injustice in Impastato. But we always talk about detachment, the existential shattering resulting from human damage is the leitmotif of Lucia Sardo’s interpretations, which lead the viewer to relive their “abandonments”, to rekindle the Hope that allowed him to overcome them, they are an injection of Love that heals every situation, which cannot help but unfold from suffering.

Lucia is currently struggling with “On the carousel” (Sulla giostra), the film in production directed by Giorgia Cecere, who sees her alongside Claudia Gerini. Set in a small town in Salento, it is the story of two women who leave and return. Irene (Gerini), after moving to Rome for her studies and a brilliant career, is forced to return to her native place due to economic difficulties, Ada (Sardo), elderly housekeeper of Irene’s family villa, has not never physically moved, but her “departure” was entirely internal, fixing her existence in the house where she spent her entire life, forgetting the Love that characterized her role of service for Irene and her family, moving away in his heart from that affectivity which in reality represents his most authentic being.

It is a film not yet released in cinemas, but certainly all to be seen, with the participation of the actors Alessio Vassallo and Paolo Sassanelli, whose narrative roles dilute the drama of the encounter / clash between the two women, making the story decline in an ironic and disenchanted vision of life, a “carousel” in fact, on which each of us must climb. The character of Sardo is different from those previously played in Impastato and Picciridda, considering her artistic excursus she poses as a more mature role, she will certainly be able to involve and surprise us as always. Lucia is a great movie star, who lately has attracted the attention and admiration of great Hollywood directors of the caliber of Oliver Stone; she is an important Sicilian and Italian creative and artistic resource, a jewel of Made in Italy to be enhanced. 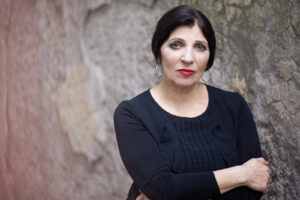 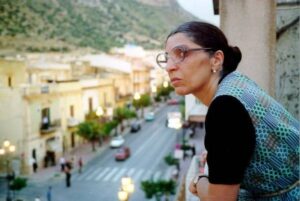 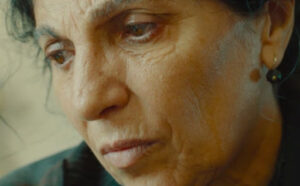 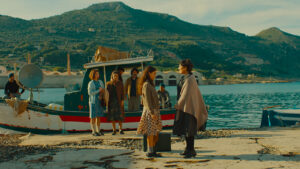 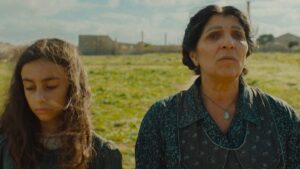 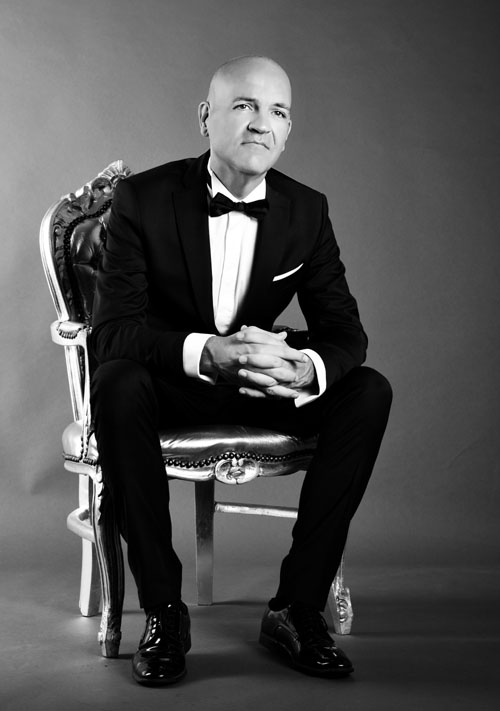 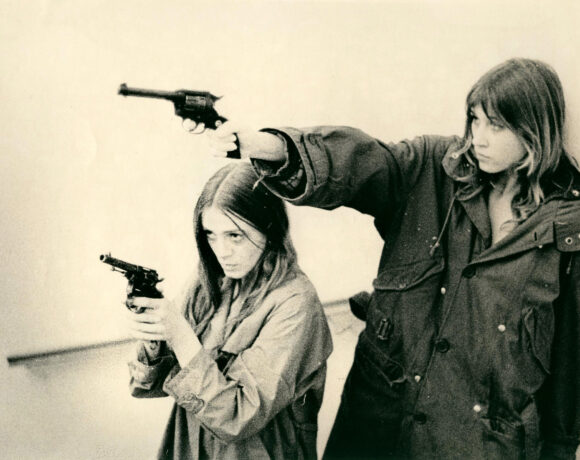 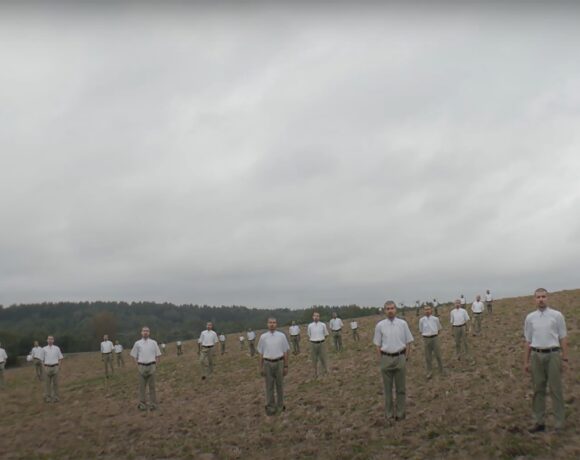 Poetic Dissident. The Belarusian online video art exhibition of contemporary artists hated by the government of their country 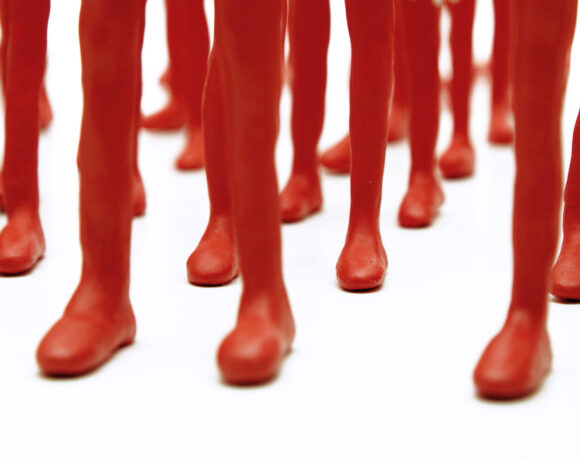