On Practices of Collateral Emancipation. In Conver...

On Practices of Collateral Emancipation. In Conversation with Giulia Colletti

Activating fugitive planning and unconventional spaces, re-conceptualizing the critical processes typical of contemporary art. These urgent issues are at stake when talking with Giulia Colletti. She is a curator, who focuses her research on feminist theories, de-activism, and unlearning practices. In 2017, Giulia Colletti initiated Falte, a curatorial project that experiments with performative and participatory matters of contemporary art. Falte iterations have recently been hosted by the Art and Cultural Studies Laboratory in Yerevan, Pandeo in Mexico City, and the // BuzzCut // Festival 2017 in Glasgow.

Dario Moalli: I would like to ask about your curatorial research. How did you come to what you can consider your modus operandi?
Giulia Colletti: Curating means nothing but boundless curiosity. Failing to channel it into any specific domain, I express it through means of contemporary art. Nevertheless, I often find they limit me as well. My academic background has instilled an interest in considering any occurrence in the long term, while leading me to avoid the crystallization of a work of art in a chronological narrative, preferring a kairological vision instead.

D.M.: Who and what influenced you and which exhibitions and critical text left you a mark?
G.C.: One of the most relevant texts is perhaps Discours Antillais (1981) by Édouard Glissant. The Martinique writer fights against the totalization of Western thought, championing mistake, uncertainty, and redundancy as research method. This is an attitude that moves from a constellation of accidents, which not necessary you have to understand to accept it. The exhibition that more than others discloses such considerations is Renaissance, the first Italian solo exhibition of the artist Adrian Villar Rojas, presented in 2016 within Fondazione Sandretto. The Argentinean artist not only produced a show where archaeology and apocalypse coexisted, but also the production process has been grafted into a few Italian workshops; in collaboration with them Villar Rojas realized his work. It is such an attentive gesture of artistic syncretism that it is difficult to imitate. There are few artworks I consider that poignant. Probably, the most recent is Protocol no.90/6, an installation by Masbedo commissioned by Manifesta12 and conceived within the National Archive of Palermo. This is a narrative works on Vittorio De Seta’s professional experience, expanding at the intersection between law folders and the intimate gestures of a Mimmo Cuticchio’s puppet.

D.M.: Which are the most urgent issues in the Country where you are living in?
G.C.: In the United Kingdom, as well as elsewhere, the debate on the decolonization of the art institution is quite vibrant. Particularly in Glasgow, the controversy sharpened as Creative Scotland has recently not confirmed its support to institutions that have marked the inclusive reality of the city, such as Transmission Gallery. Institutions like this share DIY aesthetics that I have nurtured since my first days in Scotland. I wonder what the situation is in Milan, where you live.

D.M.: I often wonder about Milan. As I live there, it is difficult to have an impartial perspective. Surely there is a more effervescent environment than elsewhere. In the last decade, a few independent spaces have been established, proposing alternative critique and offering to emerging artists visibility. To date, there are more than a dozen, such Current, Mars, Fantaspazio, Tile project, Colorificio, Mega, Open Box, Marselleria, T-space, Dimora Artica, Workbench, Armada, among others. These spaces are very different from each other and usually they spread in the city outskirts. It seems a desire of self-determination is flourishing, as response to uncertainty and economic issues. Milan itself acknowledges such a wave of exhibitions, performances and critical debate. This restless development made Milan one of the most international cities. Although main galleries and foundations drive the art system, this fertile, dynamic and experimental parterre makes me be positive about the future of this city. Beyond Venice and London, you also worked in peripheral centres of contemporary art. What differences did you notice?
G.C.: When I started operating in liminal areas, not only Europe but also outside, I realized that it is about working in autonomy. Spaces I collaborated with are strongly aware of their position at the edge of the international art scene, and they like it. On the one hand, I have witnessed politically noteworthy cases – such as in Budapest, where right-wing obstructionism has triggered a counter-offensive of the independent sector, feeding into the OFF Biennale – on the other hand, it still persists an individualism in making, and stating own practices. Clearly this undermines synergies in places where mutual support is the answer to sustainability, as well as a reason of being within the sector. In this regard, my latest research experience in Yerevan struck me. A few days after the Velvet Revolution, when you could feel a climate of positive regeneration, the small local contemporary art scene has been invited by the new government to present an action plan of support, specifically thought for autonomous cultural entities scattered throughout Armenia. The common front maintained over the days of the demonstrations crumbled down under the weight of private interests.

D.M.: One of the main social issues pivots on a boundless individualism. I do not hear about experiences such as The Cybernetic Culture Research Unit of the University of Warwick anymore, by the way of example. Probably, our generation has produced a counter-culture, which is too weak and quickly subsumed by the productive system. On the other hand, I think we must answer to an epochal question: how to re-think a future that does not foresee the current economic-social and cultural structure. We find ourselves in a paradoxical compromise whereby, as Alain Badiou claims, “our democracy will not be perfect, but it is better than a truculent dictatorship. Capitalism is unjust, true, but it is not criminal like Stalinism. […] We kill Iraqis with our bombs, but we do not cut the throats like in Rwanda.” It is still unclear whether we caused this impasse or she is just a consequence. Social media force us to smile, be always on and joyful. The emotional marketing has corrupted our ability to be dissatisfy with the system we live in. “It is easier to imagine the end of the world than the end of capitalism”.
G.C.: Warwick’s CCRU legacy has not been lost. It developed on fugitive practices that, coming from the cybernetic culture, have opened to speculative realism and accelerationism. I would say this operating mode resembles the practice of the Undercommons, theorized by Fred Moten and Stefano Harney. Generally, there are realities focusing on independent education and shared planning, always maintaining high quality. In the art world, it is worthy mentioning CLOG Projects (Turin) and Casco Art Institute (Utrecht). These case studies show commitment in pursuing a process of (self)training and education, which is not necessarily linked to educational centres, rather refers to ‘university’ in its meaning of ‘community’.

D.M.: How do you act in this respect?
G.C.: As for my curatorial practice, I have been strongly inspired by Fred Moten’s and Stefano Harney’s theories. I particularly took their critique into account in conceiving Knots of Resistance, a project that I co-produced with the artist Ross Little, feeding into the film Duckhov and a publication. Over our research residency at The Art and Cultural Studies Lab (Yerevan), we attempted to re-trace the notion of ‘resistance’ as social rejection to political stagnation, through actions such as speaking, walking dancing, and suffering together. All these actions are already forms of knowledge, flourishing within the interstices not yet saturated by our economic order. As we were investigating, we bumped into André Lepecki essay on Choreopolice and Choreopolitics. Lepecki takes his cue from Hannah Arendt’s What is Politics?, re-activating her text performatively, as he focuses on the utterance: “we have arrived in a situation where we do not know — at least not yet — how to move politically”. Arendt does not address the physical movement within a protest, rather the apparatus of actions and criticism that allows us to acquire the full freedom of individuals in a community.

D.M.: How can one read this notion of political movement?
G.C.: Moving politically mean exercising new vectors of the possible. It implies constant commitment, but also an informed inter-subjective action, which must be learned, experimented, enhanced and reconfirmed day by day. Moreover, as the xenofemminist collective Laboria Cuboniks emphasizes, politics cannot operate in isolation, although it takes place locally. We live a contemporaneity requiring to our political gesture to move at the intersection between local and global reality. Brian Kuan Wood claims that we are the representative and recipients of our political demands. However, we have recently witnessed a “beautiful negative flip of what is commonly considered the most positive forces in the universe”, namely love. This forces us to conceive love and its infinite generosity as based on mutual emptiness. The more we feel indebted to each other, the more we spread love. Thus, it becomes clear that love feeds into economy, in unions based in mutual debt. When the debt is solved, the union dissolves.

D.M.: How much and how do these ideas enter the circle and contaminate or improve the system? I think about the Silk Road, which has been demonized to be closed after suspect investigations. As well as the bit coin, which became such a mere speculative object like other stocks.
G.C.: There is one way only, through which alternative projects do not remain subsumed within the dominant system. They must be kept fluid to escape the cycle of appropriation of the Capital. However, fluidity differs from flexibility. If one refers to The New Spirit of Capitalism, they realize how the error of the French Left during the late 70s — precisely at the historical-political transition from industrial working systems to corporate policies — consisted in integrating progressive notions, such as self-drive, autonomy and flexibility of the worker, within the firm. Luc Boltanski claims that the “What we have observed of the role of critique (…) lead us to underscore the inadequacies of it, as well as the incredible flexibility of the capitalist process. This process capable of conforming to societies with aspirations that vary gently over time (…) and of recuperating the ideas of those who were its enemies in a previous phase”. (124) This strategy of appropriation undermines any form of social criticism, among which the artistic one. Beyond financial considerations, and push the boundaries of my considerations, the bit coin is a relevant example of an uncontrolled and decentralise feature, whose volatility apparently scares corporative banks; some of those have recently banned to purchase it. 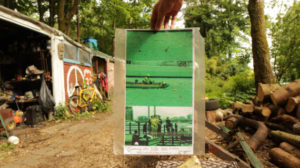 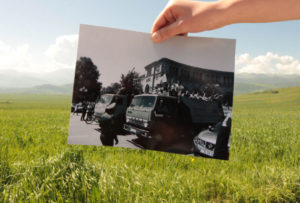 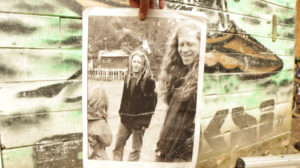 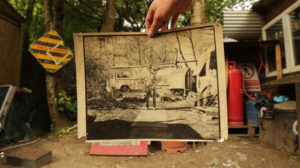 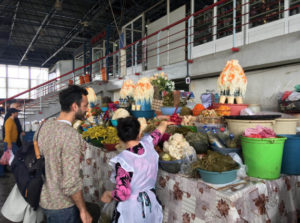 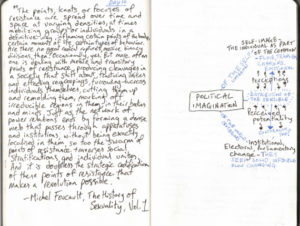 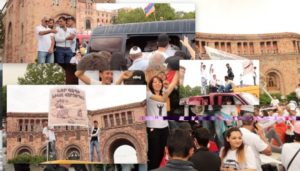 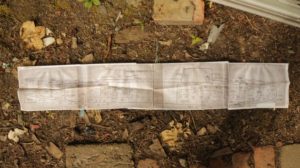 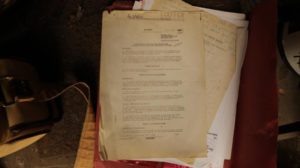 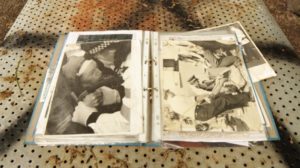 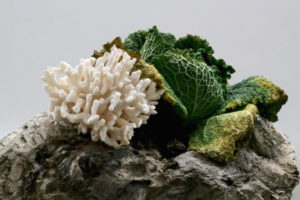