The art system and Covid-19

Roberto Rocco and the imaginat..

Ortofoto. The artist’s guide dedicated to trees and public greenery in Venice

God only knows if this city has trees, the Verdena sang in Caños. The green in Venice is there, but you can hardly see it, barricaded as it is behind the high walls of private gardens, which jealously guard it, or relegated mainly to some public areas, islands on the island. Then there are the solitary trees, scattered in the heavily anthropized context of the city: some overlook us, giants in the middle of a field, others cast only a small shadow on the rocks. They often go unnoticed in our absent-minded walks; witnesses of the changing seasons, which are perceived more slowly in Venice than elsewhere. They are are meeting places, capable of creating “circumscribed and intimate urban sub-spaces, indiscriminately enjoyed by historical inhabitants as well as by hasty users”.

In short, they constitute an aspect of the city which, according to the creators of Ortofoto, a catalog that collects images of Venetian public greenery, was worthy of its own story. The project was born in summer 2019, from the encounter between the previous creative experiences of Lorenzo Basadonna Scarpa, photographer who works mainly with analog techniques, and the mapsontheluum duo, formed by Giovanni Dal Sasso and Lucrezia Lamera, who works by modifying old geographical maps, distorting its meaning through pictorial incursions, real topographical alienation actions, to then return them to the observer in a new form.

Perfect meeting point between the two artistic practices, Orthophoto is on the one hand a collection of analogue photographs in black and white, and on the other the signaling in green of the same areas in a paper vector map of Venice that , painted edition by edition, becomes a topographical index of each new documented tree and a general summary of the city’s public green. Starting from the places imprinted in the memory of the three artists, inhabitants of the island, the meticulous research that is at the basis of Ortofoto also expands through the help of the GeoPortale of the Municipality of Venice, “an incredibly powerful and detailed tool, made available by the local administration “.

There are about 50 trees immortalized so far, the absolute protagonists of an investigation that is at the same time a traveling story, a precious catalog and a game. The titles of the photographs, in fact, consisting only of the geographical coordinates of the places where the shots were taken, are a tacit invitation to discover them and retrace, in an imaginary treasure hunt in search of trees and places, the same photographic itinerary. Exhibited for the first time in September 2019 at Palazzo Mora in Venice, as part of the Insiders exhibition, curated by Emma Soletti, Ortofoto is currently set up, in its new edition, in the spaces of the Venetian gallery a.topos, winner (together with Alessandro Vitali, Lena Kilina and Jacopo Zanessi) of the first edition of Windows Project, initiative for the promotion of local artists. 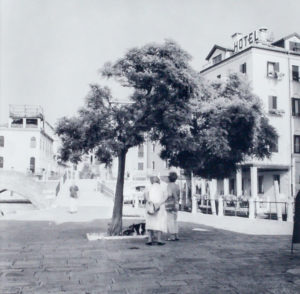 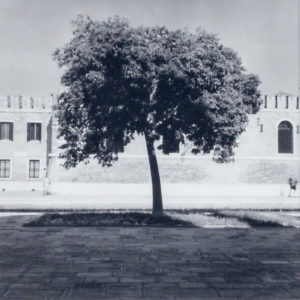 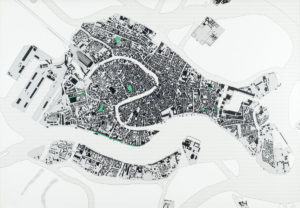 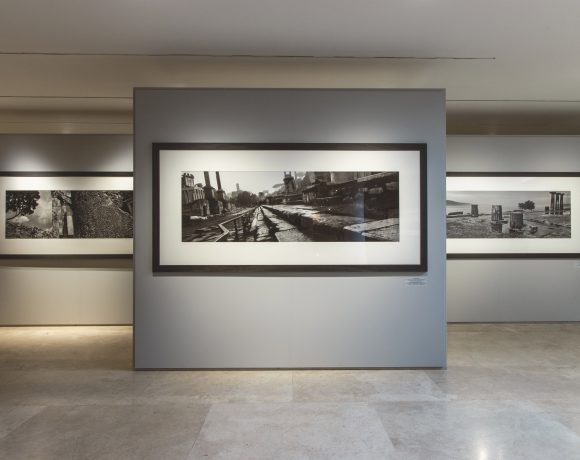