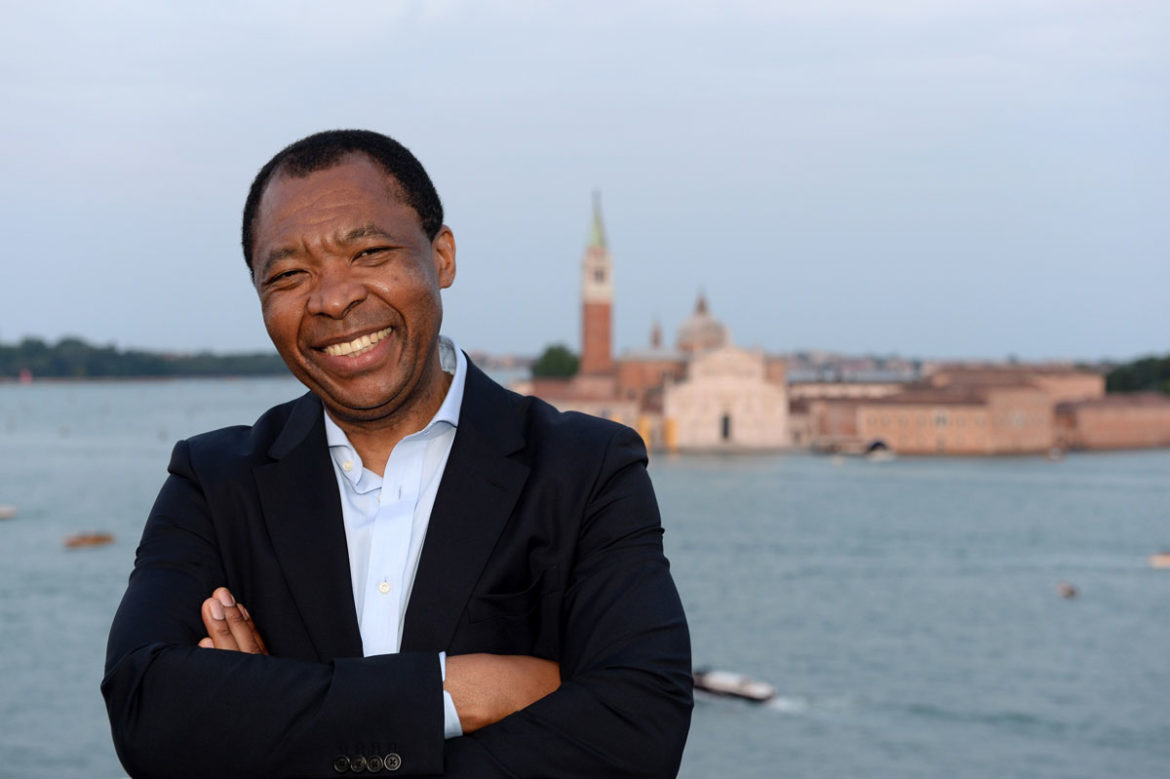 OKWUI ENWEZOR (10/23/1963 – 15/3/2019) died after a long illness (which forced him to give up last year the management of the Haus der Kunst in Munich). Of Nigerian origins, Enwezor was one of the most important curators of contemporary art. His career was consecrated in 2002 by the artistic direction of documenta 11 and then of the 56th edition of the Biennale Arte (2015). His exhibitions, very incisive, free and ambitious, were essential to push the art system to embrace a global vision, overshadowing the presumptuous supremacy of Western centrality, and paying great attention to African, Asian and South American artists. Here is a brief statement that qualifies and directs the meaning of all his work: “If we have an open mind, Western art must not be seen in opposition to the artistic manifestations of other parts of the world, but can be seen in a dialogue which helps protect aesthetic diversity and different cultural values”.

This great curator has worked tirelessly, over more than thirty years, to try to shift the focus from the center to the suburbs, thus indelibly shaping the way art should not only be presented, but also taught.

Enwezor was born in Calabar, Nigeria, in 1963, moving to New York in the early 1980s, to then graduate in political science from New Jersey City University. In 1994, when he lived in Brooklyn, he founded Nka: Journal of Contemporary African Art, with which he tried to open not only a new aesthetic horizon, but also to establish a forum of ideological resistance, explaining that “Nka”, in Igbo, the language of eastern Nigeria, means “to create, to invent”.

In 1996, Enwezor organized “In / Sight: African Photographers, 1940 to the Present” at the Guggenheim Museum in the SoHo section of Manhattan. The exhibition included thirty artists, including Seydou Keïta, from Mali, and Samuel Fosso, from Nigeria.

Shortly thereafter, he edited the 2nd Johannesburg Biennial (1997); the Gwangju Biennale (2008) and the 2012 Triennale at the Palais de Tokyo in Paris.

As an adjunct curator at the International Center of Photography in New York, he organized avant-garde and large-scale exhibitions like Snap Judgment: New Positions in Contemporary African Photography (2006) and Rise and Fall of Apartheid: Photography and the Bureaucracy of Everyday Life in 2012. “The role of photography in the fight against apartheid is much broader than one might imagine, and it is undoubtedly one of the most persuasive ideological tools,” said Enwezor, motivating his choices and the contents of those exhibitions.

In 2011, Enwezor was appointed director of the Haus der Kunst, the Kunsthalle in Munich (Germany) which under his direction hosted solo exhibitions of Stan Douglas, Georg Baselitz, Ellen Gallagher, James Casebere, Lynette Yiadom-Boakye, Hanne Darboven, Frank Bowling, Matthew Barney and many others, as well as, in 2016, Postwar: Art Between the Pacific and the Atlantic, 1945-1965, an unprecedented investigation into the history of post-war modernism by summoning more than two hundred artists.

Enwezor, although ill, remained a close confidant for artists and curators of many generations until the last days of his brief existence: in this regard we recall that for the Venice Biennale this year (vernissage 7/8/9 May) he has even a consultant for the first national pavilion in Ghana.