Ridisegnare lo spazio, exhibition inaugurated on February 12 at LABS Contemporary Art gallery in Bologna and curated by Angela Madesani, brings with it, in addition to a certain amount of interest, also some ambiguities, easily identifiable but not to solve. First of all, the formula, ridisegnare lo spazio (“redesigning space”) seems to point to the abstract and conceptual nature of the spatial statement. A “design”, after all, is nothing other than one of the many intellectual, and in some ways authoritarian, operations of reducing the real to the symbolic. To this consideration, then, is added the hypothesis – suggested by the prefix ri (“re-”) – of the repetition of such a process. Given the first sentence, relating to the “linguistic” nature of the concept of space, it would remain at this point to clarify what are the reasons and the ways in which man continually re-discusses the terms of his relationship with it.

The matter, however, seems to become even more complicated because the perimeter of the research is limited to the photographic medium only. A difficult medium, which, purified from any semiotic and linguistic fascination, remains inextricably linked to a material referent. Every photographic image, in fact, as Rosalind Krauss noted by recalling Peirce’s notion of index, is never totally detached from reality, carrying with it the trace of an effective and inevitable presence. If it is true that the photography game is played out in the territory of nuances, on the gradations of transparency, redesigning the space means reshaping the nature and intensity of the authorial weight from time to time.

Massimo Vitali’s intervention, which consists in two large photographic prints, rather than as a re-creation of a space, stands as testimony to an act of appropriation already carried out by man. Whether it is a roof of a former Parisian tobacco factory (Friche de la Belle de Mai On Air) or a volcanic beach in the Azores (Ponta dos Mosteiros Dark), the space identified by the photographer is already redesigned by others.

From the bird’s eye perspectives with which Vitali patrols the places of his investigation, we move on to Marina Caneve’s space as revelation. Caneve, in the three images taken from the A fior di terra project, thinks about the epiphanic potential of the marble fragment, about its ability to trigger a process in which the history and memory of the community of Lusiana Conco (in the Asiago plateau) which has made marble the driving force of its economy and a founding factor in its identity, are evoked. Madesani writes that Caneve’s work “is not a documentation, but the result of an exploration from which she draws the supporting details for the understanding of the whole”.

Totality seems to inform Giulia Marchi‘s intervention, an operation with a more markedly conceptual cut, guided by her reflections around the writings of Rem Koolhaas and in particular the concept of Junkspace. The two images, taken from the Fundamental project – another reference to Koolhaas and the Architecture Biennale he curated in 2014 – are striking for the solemnity with which the author unfolds, in the new wing of the Museo della Città di Rimini, both the unsettling and “Paolinian” tautology of perspective (Spazio #11) and the ontological and aesthetic verification of a spatial hypothesis, starting from a small and simple wooden plank (Spazio #2). In opposition to the dynamics of accumulation and addition typical of Junkspace, Marchi, recalling “the formal cleanliness of Russian Suprematism”, works by subtraction, in order to “give a formal aesthetic to waste materials” (Madesani).

The rarefaction mechanism is taken to its extreme consequences by the German Andreas Gefeller, totally at ease in the limbo between map and territory, between the necessary indexicality of the photographic image and digital manipulation. If in The Japan Series the artist uses a particular type of perspective to also endow the plots of electric cables with a certain potential of abstraction – proving to be akin, at least from a strictly formal point of view, to Marchi’s research – in the collages of single shots taken from a zenith point of view (Supervisions), Gefeller dares more, coming to create compositions halfway between documentation and construction, hybrid structures, in which logic and form, always on the verge of checking life and yet without ever succeeding completely, perfectly embody the unsolvable tension between the Real and the Rational of the photographic medium. 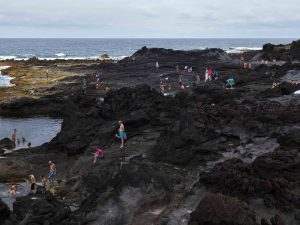 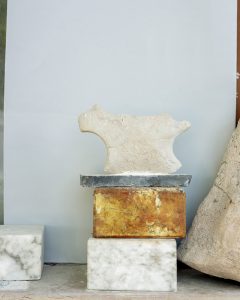 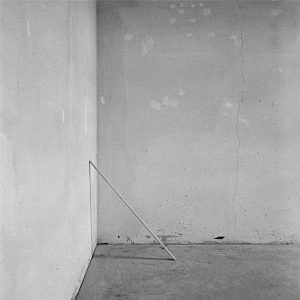