And the flowers too. An exhibition at Museo Orto B...

And the flowers too. An exhibition at Museo Orto Botanico in Rome

At Museo Orto Botanico in Rome on october 16 was inaugurated And the flowers too, an exhibition that invests a new meaning on a classic figurative current. Presented by Fondazione VOLUME! and designed by Adelaide Cioni, it is located in the fascinating Serra Francese, which opens to the public for this occasion, and in the Serra Corsini. The title of the exhibition anticipates the theme of the works: flowers, that is declined through video works, drawings, paintings and installations by Chiara Camoni, Adelaide Cioni, Isabella Ducrot, Jeff Gibbons, Jonas Mekas, Kayako Oki, Shimabuku and Vincenzo Simone.

The exhibition, which investigates the relationship with flowers and the world, must be observed in the meaning that apparently hides: a message, even political, that tells artistic and personal visions, some of which were born during the lockdown. The exhibition project, essential but unconventional, immerses the visitor in a different space from the city and makes him be an active user: crossing the door of the Serra Francese you have to cross Barricata by Chiara Camoni, installation that through the fragility of terracotta and the delicacy of flowers becomes a metaphor for the ways in which we can relate to the world. Immediately then you see the video works Still from Walden by Jonas Mekas and Sea and Flowers by Shimabuku and flanked by rare plants, continue the path that allows you to observe the exhibition of the works on canvas and paper by di Jeff Gibbons, Isabella Ducrot and Vincenzo Simone who, with different sensibility convey their meditation on the surfaces. Retracing the same way in reverse, because there isn’t an exit door in the greenhouse and walking for a short stretch in the Orto, you arrive at the Serra Corsini where at the entrance are projected the serigraphs by Adelaide Cioni and at the end you can see the video work Shades of safflower dyed celluroid by Kayako Oki which tells the process of harvesting and processing safflower. Who watch, flank, listen and go through these works, which do not need elaborate explanations but must be intimately introjected, finds himself immersed in the fragments of life of the artists. And the flowers too is open every weekend until November 14 on appointment but in the meantime, below, some questions to the artist Adelaide Cioni.

Claurdia Pansera: Why the idea of this exhibition on flowers? What did you want to tell?
Adelaide Cioni: Flowers. The exhibition was born from an informal conversation with Vincenzo Simone and actually at the beginning it had to include lemons as well. Vincenzo painted flowers and lemons, I too, we talked. Then in the weeks the lemons were lost, and the flowers remained. Painting flowers is something we all do, often in secret, as something too naif to be publicized, but the flowers are there. They are in our gaze, it’s a mostly silent report, even modest in a way. Saying “I paint flowers” is a bit like saying “I write poems”, something whose banality is feared, the sentimentality, and that instead has strong values. First of all because the desire to paint flowers is the attestation of a pictorial wish: to take a space and a time to be alone with a subject, the canvas, the colors. It is already a stop to the world.

Can you tell us something about your work?
These are drawings made by engraving with a metal tip the photographic film developed to white. They are born as part of a larger work, composed by four Kodak Carousels, that is 320 engravings, on a house where I lived for a long time and that I loved very much. The house was located in the woods and the forest was full of cyclamen. It’s a work on memory, where you can see images but you can not stop them, nor touch. Then there is the technical aspect: work on a slide means working on a very small surface and therefore have very little control over how the image develops. When you then project it and exaggerate the thing it’s interesting to see what happened inside that minimum space. It’s an experiment on the drawing. I also like the idea of showing these huge flowers, with something fierce, monstrous. 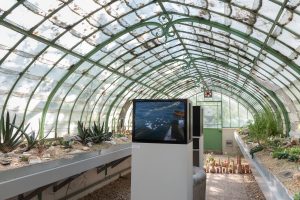 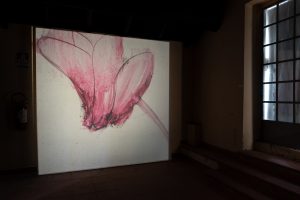 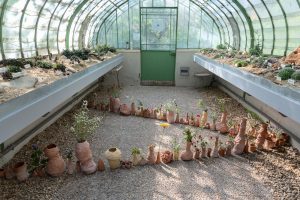 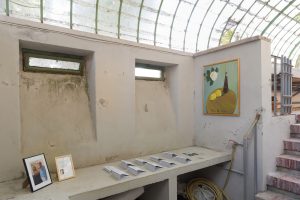 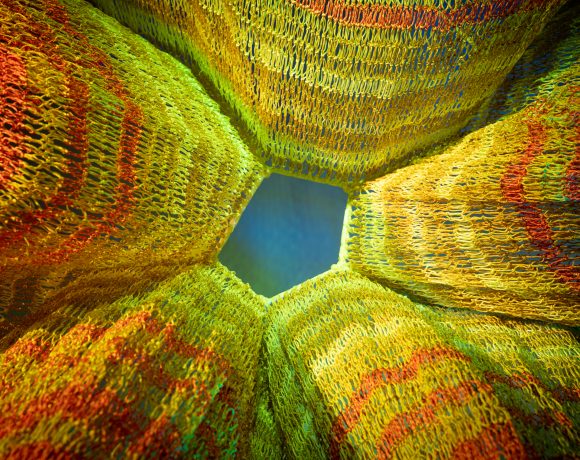 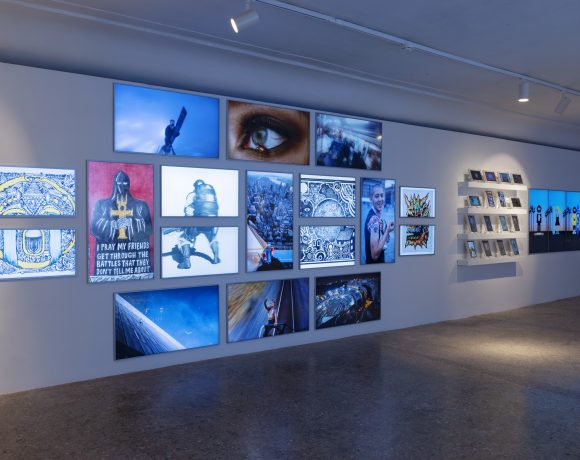 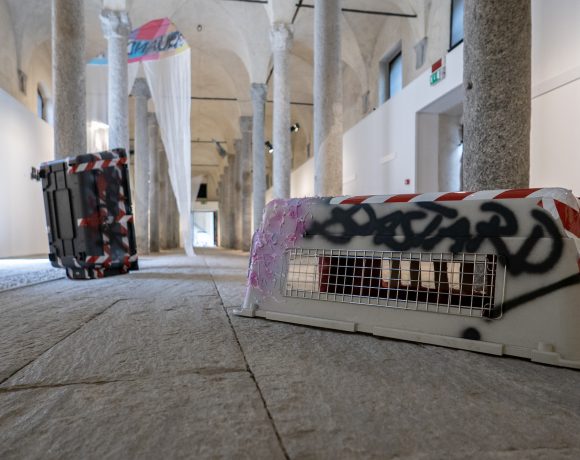