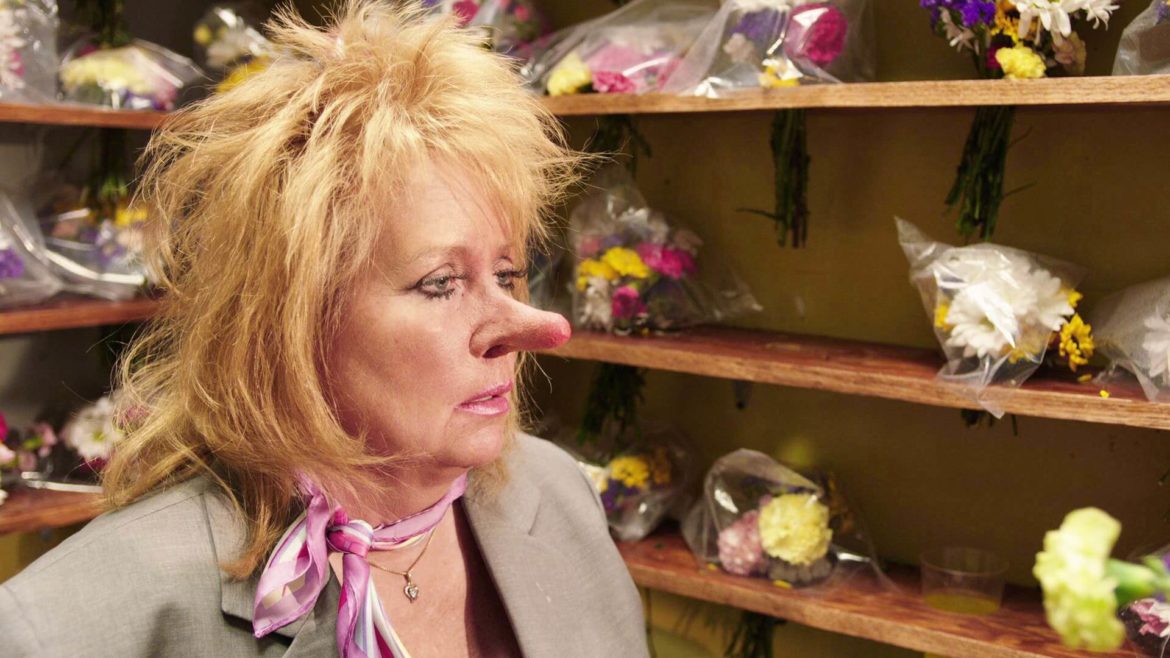 The most awaited week of the year has begun in Bologna for all fans of contemporary art: as always, Arte Fiera catalyzes a myriad of events spread throughout the city, as well as three collateral exhibitions (Set Up, Paratissima and Fruit Exhibition). The seventh edition of Art City, the official programme of Arte Fiera off, in this edition involves 108 places with 118 projects, not counting the hundreds of other initiatives that make Bologna the place to be in the first weekend of February.

Let’s now look at some possible itineraries that will test even the most tireless presences, certain that in every street it will be fun to get lost in a constellation of events and situations and that everyone will be able to find his own individual art path. As a starting program, we therefore propose those that we believe are the most “unmissable” stages of this tour de force.

One of the pulsating centers of art in Bologna is above all the Manifattura delle Arti, a recently redeveloped district that has its nerve center in MAMbo, where a visit to the first solo exhibition in Italy by the Argentinian artist Mika Rottenberg is a must. She focuses her research on the critique of mass production in contemporary society. In the Sala delle Ciminiere she proposes a large installation composed of sculptural objects and videos that explore in a sarcastic and bizarre way the seduction, the magic and the despair of our hyper-capitalist and globalized reality. (On Saturday at 11 am we will mention the talk with the artist and Germano Celant). Somehow connected to this exhibition is Débora Delmar‘s solo show in the nearby GALLLERIAPIÙ, which analyzes the influence of European coffee culture in the development of cities, in social relations, in interactions and in the contemporary lifestyle. The project attempts to establish links between the function of the bars and the gallery space to reflect on how the aesthetic choices of the places in which we live affect our behavior within them. In 5 minutes walk we arrive at P420, which presents a collective exhibition of 5 young artists (Adrian Buschmann, George Rouy, Peter Shear, Sofia Silva, Tamina Amadyar) who propose different approaches to painting with the aim of freeing a constructive and emotional violence that goes beyond the result and beyond the object in the direction of action and process. The challenge is to create a difficult exhibition, happy to cause a slight headache. At CAR DRDE we find the exhibition of David Casini, who re-elaborates in a series of refined unpublished sculptures the theme of the Tuscan landscape caught outside the common places to which it is usually associated. Localedue continues its radical curatorial approach that for the current season includes the presentation of individual works-shows offered to the free interpretation of the viewer with a new work by Giovanni Kronenberg. In Porto dell’Arte we will have a chance to visit a solo show by Giulio Alvigini, young Italian (simple) artist who in a few months has made Instagram go crazy with the Make Italian Art Great Again project, an intelligent meme-like satire on the Italian art system. To reset the mind after all these exhibitions, we recommend returning to MAMbo for the DJ set of Messnr, Huerco S. and Mayo Soulomon curated by Locomotiv Club, which will also host the official after party of Art City.

In the station area it is worth visiting the Enrico Astuni gallery which, on the occasion of the fair, inaugurates the group exhibition PoliArte (The Art of Arts), curated by Giacinto Di Pietrantonio, with works by Gabriele Basilico, Alberto Garutti, Ugo La Pietra, Corrado Levi and Alessandro Mendini, five authors who have all studied Architecture at the Milan Polytechnic, with the intention of not focusing purely, or not at all, on architecture. Going back to via Indipendenza to reach to the city center we find the three windows of Tripla, which offers a large site-specific mural by Rob Chavasse made with an ink jet gun normally used to identify and catalog the goods in large retailers. Along the way we propose a stop at the Oratorio San Filippo Neri, where Leandro Erlich will set up an evocative collection of clouds that will stage a delicate dance of evanescent forms.

In Piazza Maggiore in the courtyard of Palazzo d’Accursio we will find a large sculpture by Eduard Habicher, a contemporary protagonist of a solo show at the Studio G7 gallery, formed by bright red steel beams, a welcoming shape in which the viewer can enter and watch the historical building from a different perspective. Upstairs in the Sala Farnese the large canvases arranged in crypt by Massimo Kaufmann will wrap the visitor in a dense pictorial setting that investigates the rhythm of chaos, the Dionysian and the shapeless. Moving to Palazzo de’ Toschi we will visit Terraforming Fantasies, a personal exhibition by Belgian photographer and videomaker Geert Goiris in an ambitious design set consisting of hexagonal exhibition modules. The artist’s research is focused on the landscape, which in his shots appears suspended and enigmatic, as if it belonged to another planet. From there you go then to the de ‘Foscherari gallery, which houses a beautiful exhibition of Vajiko Chachkhiani, in which we see scattered on the floor a strange population of toothed and ungulate pumpkins, hybrid ghosts resulting from the assembly of fruits and animals without more pulp, meat and innards. The exhibition reflects on the concepts of fragility, absence, otherness in an environmental layout to be crossed with respect and caution.

At the Museum of Palazzo Poggi we find a sculptural installation by Christian Fogarolli that, in dialogue with the permanent collections focusing on the medical traditions of the past, focuses on the so-called “stone of madness”, an intruder that was previously believed to appear in people’s brains with psychiatric disorders causing behavioral deviance. If madness was considered a foreign body to be eradicated, the popular surgical attempts to remove it would endanger the patient’s safety. In the nearby Porta San Donato we will see the lighting installation by Patrick Tuttofuoco, a gigantic and inoffensive pop hand.

For those who still have the energy to move out of the city centre (but a free train leaving the Fair every 20 minutes will accompany visitors around the main locations of Art City) we recommend first of all Thomas Struth‘s exhibition at MAST. With a surgical approach, the German photographer shows usually inaccessible places, such as space research laboratories, nuclear facilities, operating theaters or drilling platforms. In these avant-garde positions a technology is so complex that it is obscurely threatening like the power that the hidden structures of control and influence exert on our existence. And then at Villa delle Rose the precious retrospective of Goran Trbuljak, a conceptual artist who, from the end of the ’60s, investigates the limits of art making and the existential status of the artist with irony and intelligence through alternative means of production and representation that provide the constant renegotiation of the implicit rules of the system. To conclude, Marsala District (SetUp Plus circuit), collective of creatives, innovators, dreamers, art managers, invades with art a private home in via Augusto Murri (info and reservations marsaladistrict@gmail.com) in collaboration with DAMSlab for the project Barrhaus, whose name pays homage to the owner’s surname and winks at the German avant-garde movement. The multidisciplinary research of four young artists (Francesca Catellani, Diego Repetto, Alice Cannara Malan, Bénédicte Vanderreydt) will challenge the public to look beyond the beautiful to ask ethical and social questions about the role of women as archetypes and as future bodies. 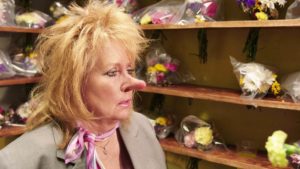 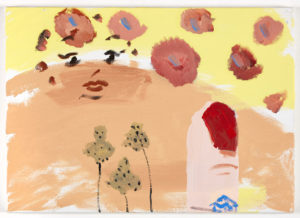 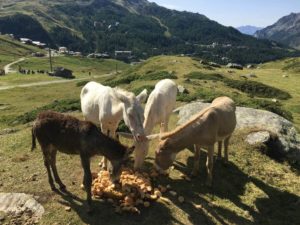 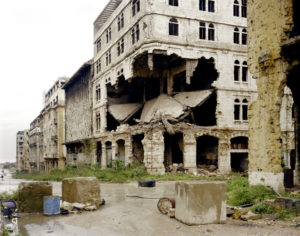 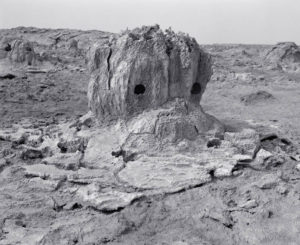 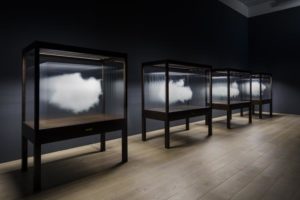 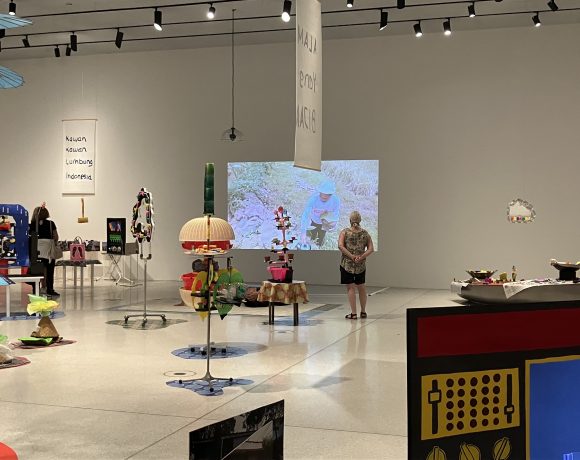 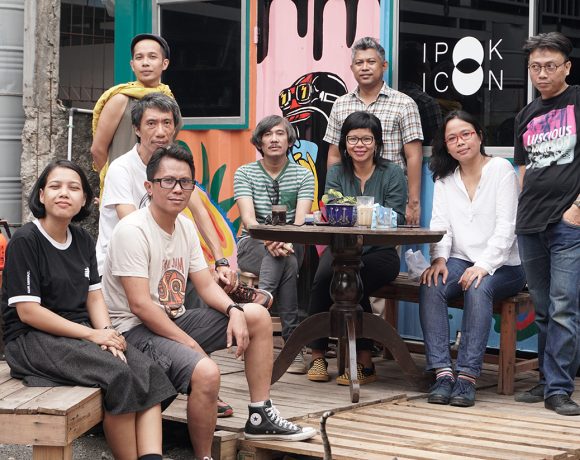 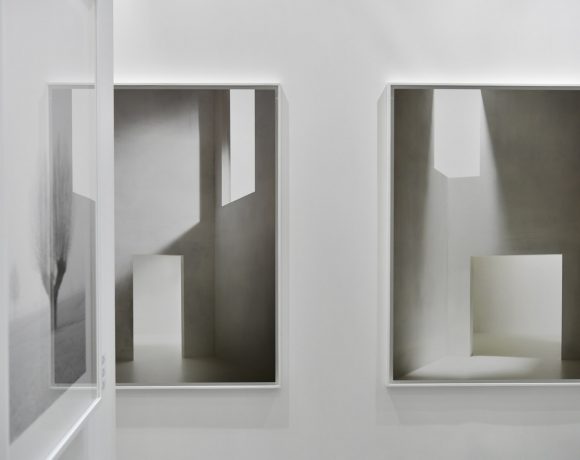