Pat Steir returns to Rome with..

Against wars and injustices: t..

On Wednesday, 6th April 2022 (11am – 7pm) and Thursday, 7th April 2022 (10am – 2pm), at the Sala Alessi and the Sala degli Arazzi of Palazzo Marino, located in Piazza della Scala n. 2 in Milan, Ethicando Association of Milan (www.ethicando.it) in collaboration with the Municipality of Milan and the ARD&NT Institute (Accademia di Belle Arti di Brera and Politecnico di Milano), is organising, under the artistic direction of the art critic Marco Eugenio Di Giandomenico, the event entitled ARTE SOSTENIBILE, which will include an exhibition of works by the artist Arvedo Arvedi.

This is an interesting opportunity to examine some aspects of the sustainability of art, a subject that is multidisciplinary by nature and explored by illustrious academics and experts, as well as various cultural personalities. In particular, the conference analyses the new modes of expression of the arts in a sustainable key in the era of new technologies, both in terms of bridging the different creative languages, and in terms of values, such as the ability of the work of art to act as a spokesperson for a social message and/or sustainable artistic-cultural promotion with positive effects on the community and all the stakeholders involved. The central moment of the conference is the promotion of the artistic creations of Arvedo Arvedi, “disciple” of the American environmental artist John David Mooney, who will both be present at the event.

Some of Arvedo Arvedi’s works, documenting his artistic evolution, are on display in the Sala Alessi and the Sala degli Arazzi. The artist has been working creatively for years in a sustainable key, expressing, through his works, messages of social edification and an interesting dialogue between different creative languages (writing, painting, sculpture, fashion, design).

During the event, the book entitled SUSTAINABLE ART. TRANSMEDIALITY BY ARTIST ARVEDO ARVEDI will be presented. The book, published by Silvana Editoriale (2022) and edited by Marco Eugenio Di Giandomenico, contains contributions from art experts such as Massimiliano Marafon Pecoraro, Raffaella Salato, Diana Alessandrini, Riccardo Maria Braglia, as well as John David Mooney, on the themes addressed during the conference and on Arvedi’s personal and artistic biography.

Speakers at the event include, among others, the artistic curator Marco Eugenio Di Giandomenico, Filippo Barberis, Councillor of the Municipality of Milan, Roberto Favaro, musicologist and former deputy director of the Brera Academy, as well as director of the SOUNDART master course at the ARD&NT Institute, Domenico Nicolamarino (professor at the Brera Academy of Fine Arts in Milan), Riccardo Maria Braglia (art critic), Massimiliano Marafon Pecoraro (art historian), Marzio Dallagiovanna (Vice President and Treasurer of the Executive Committee of the Permanent Secretariat of the World Summit of Nobel Peace Laureates),  Annaluce Licheri (Italia In Testa Association President), Franco Scepi (Head of Art and Culture of the Gorbachev Foundation) as well as various personalities from the world of art and culture.

The event will also be attended by Robert Allegrini, President of the NIAF (National Italian American Foundation) in Washington, D.C. (USA).

The event, which will also include musical performances by Maestro Matteo Bensi (solo voice and accordion) and Maestro Attilio Rubba (piano) as a tribute to Ennio Morricone, benefits from the media support of the international communication platform Betting On Italy (BOI), which promotes cultural and artistic initiatives on themes of valorisation and promotion of Made in Italy in the world.

For information and reservations: 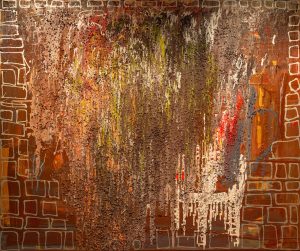 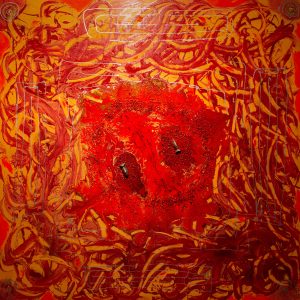 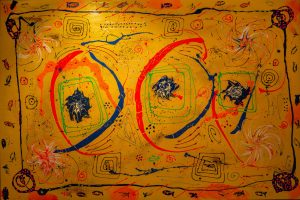