Artissima 25 yrs – The Day After

The opening of the first Cente..

Artissima 25 yrs – The Day After 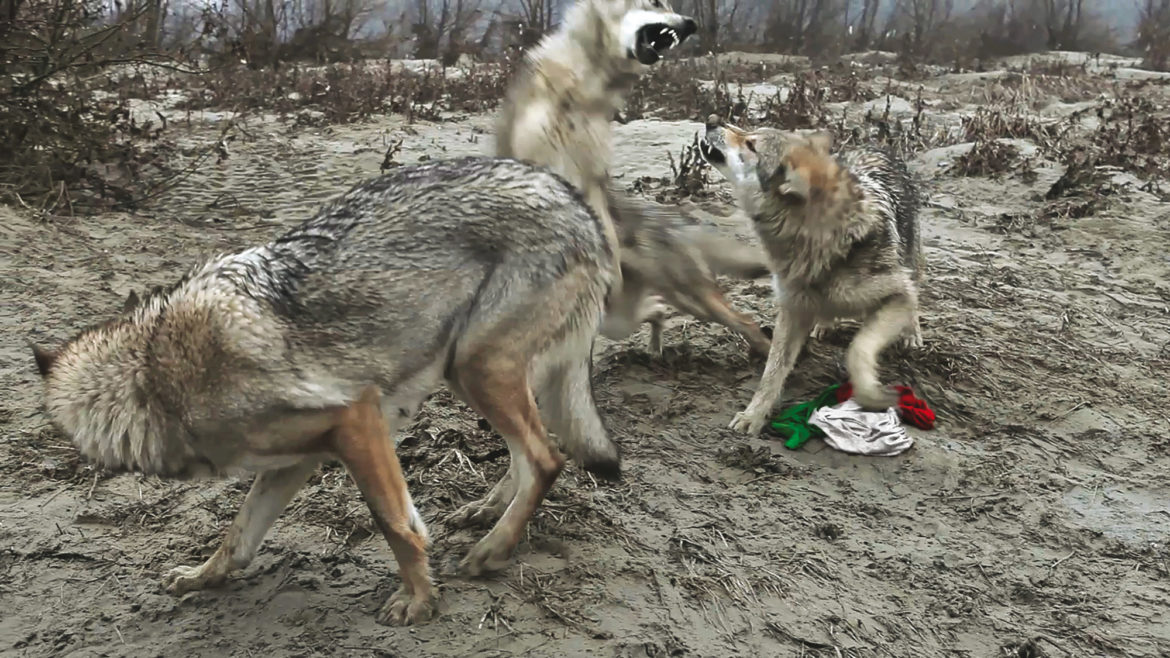 Also this year Artissima, one of the most interesting artistic events in Italy, ended with great success of the public and great enthusiasm of visitors, all intent on actively participating in the various initiatives of the kermesse. It is undeniable the organizational and qualitative effort that the staff of Artissima, led by Ilaria Bonacossa, performs every year.

In particular this year, on the occasion of the 25th anniversary, the fair has been enriched by the new Sound section, in an osmotic dialogue with the Ogr, of new special projects, such as the one dedicated to Carol Rama, on the occasion of one hundred years from her birth and of the popular editorial and video program Artissima stories. 25 years of art, aimed at proposing different points of view on the city and on the contemporary art world.

The countless initiatives at the other exhibition venues of the city have allowed visitors to follow their ideal itinerary, thanks to the simultaneous inauguration of the various exhibitions this weekend. The multiple galleries that exhibit at Artissima represent the international art scene of the moment and walking through the stands of the Oval is always an interesting moment of reflection, analysis and observation of what gallery owners think represents the current artistic moment and how the audience shares or less such choices.

Among the most interesting galleries for the innovative artistic proposal of the works represented we found:

The In Situ gallery of Fabienne Leclerc is particularly aimed at researching and experimenting with expressive content and methods. The work of the Dutch artist, Marcel Van Eeden, presented in Artissima, is inspired by photographic and pictorial events created before the author’s birth in 1965. Around this dominant motif the artist builds intense and dramatic charcoal drawings, referring to attractive graphic references and archiving techniques, through which he weaves the narration of his work. Particularly striking are the drawings in which unusual narrative elements are introduced with intense colors like Untitle 2018 (in the picture) in which the puzzle of narrative references, also takes on a particularly attractive chromatic connotation. The same gallery, which also exhibits video installations by Gary Hill, while not focusing on an emerging artist like the latter, however, prefers the use of the audiovisual medium, now become mainstream among younger artists. In the suggestive performance “Incidence of catastrophe 1987-1988”  inspired by the book “Thomas the Obscure” by Maurice Blanchot, the performer stages at a suggestive journey first between the pages of the book and then outside the surrounding world, with a performance in which seems to be that the book comes out of the alphabetical characters with which it is written and is progressively transformed into visual storytelling.

In the 22.48 m2 gallery the work of Nelly Monnier is exhibited with series of paintings Bracconage. The artist, present on the stand, shows us the methods of realization of her works, original and very studied. Starting from the various French landscapes, Monnier realizes a meticulous observation of the colors and shapes of the vegetation, reproducing them in a simplified way on canvas. Alongside each work inspired by nature, she produces another one inspired by industrial logos, with the same colors, but with completely different shapes, giving rise to an interesting dialogue that combines the classical form of abstract painting with a more modern form and linked to contemporary reality.

The absurdity of everyday life is the artistic focus of Massinissa Selmani, represented by the Galerie Anne – Sarah Bénichou. The artist inspired by various news events appeared in newspapers, surrealist photographs and elements of literature and graphic design, reproduces delicate and minimalist designs that highlight the dichotomy between comedy and the tragic nature of everyday life. They are flanked by small sculptures that also reflect the themes just exposed and give spatial completeness to the concepts already illustrated in the drawings.

The Glassyard Gallery is a new entry in Artissima and represents a real added value for the kermesse. In particular, the photographs of Peter Puklus bring, in the fairly standardized panorama of the event, a breath of fresh air. With the series “The Hero Mother – How to Build a House” the photographer destroys the normal axiom of the established roles between man and woman, placing himself in an entirely original perspective. He thus succeeds in elaborating, with an absolutely fascinating aesthetic, a reversal of roles and actions within the family and between the parents.

The leading artist of the Galleria Massimodeluca at Artissima is Filippo Berta. The photographer realizes in his works the “delegated performances”, in which he assigns to others the visual representation of the fundamental motives of his research. This is what happens in the performance “In our image and likeness” of which a photographic representation is exhibited at the fair. With the work of great impact “Homo Homini Lupus”, instead, the artist with a game of references to the Hobbesian doctrine and the return of man to the state of nature, depicts in a video a pack of wolves that contend, ripping it from jaws, an Italian flag. The evident references to the Italian political reality and to its undeniably internal fractures connote the performance, making it a reason for deep reflection. 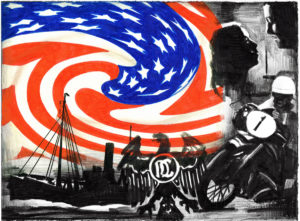 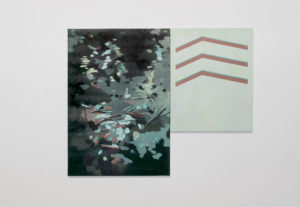 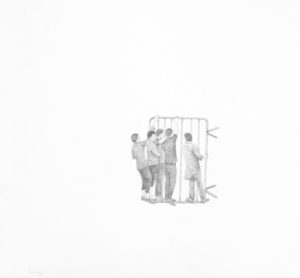 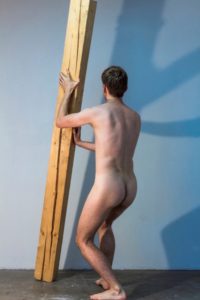 Peter Puklus, Erection (from the series “The hero mother how to build a house”), 2016 (Glassyard Gallery) 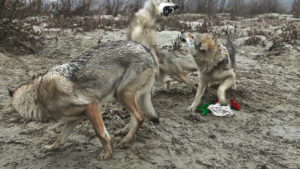