Sometimes it is possible that the intimacy of two prime and rare numbers, quickly consumed by life that allowed them to enter history as authentic myths, meets. This is the case of the two photographic exhibitions at the ONO Contemporary Art Gallery. Jean Michel Basquiat and Jeff Buckley share the same spaces, one through the shots of Lee Jaffe and the other by Merri Cyr.

Both witnesses of two existences drawn outside the pre-established limits, two artists who left behind many fans able to rediscover their grandeur each time. Two existences that have found their own creative gesture more in intensity than in parsimony.

“New York, in the eighties, in the early eighties, still expressed an anxiety of eroticism, infinite, widespread, or perhaps, rather, it was just a sexual energy, declared and convinced … It was a direct sensuality, made of looks and complicity, immediate in intuition, freed from all dependence, but the inexpressible is the absolute came from the streets.The streets were everything, the All of the most ancient and obvious needs. ” These are the words of Rosma Scuteri in the book “New York – eighties – the art in direct contact.”, A must for anyone who is eager to come across and rediscover the nuances of that period so often regretted by most.

Jean Michel Basquiat was one of the leading artists in those years so bloody savage and brave of a New York loyal to the libido more than to the god of money. New York clubs, such as the Mudd Club, Club 57, Andy Warhol’s New York Factory, graffiti and street artist New York, and an untamed Madonna and Keith Haring, to name just the most famous.

SAMO acronym of Same Old Shit, is how he signed in the late seventies the very young Basquiat, “One night we were smoking grass and I said something about the fact that it was always the same shit, The Same Old Shit, SAMO, right? sell SAMO packages! That’s how it started, like a joke among friends, and then grew up. ” (JMB, Village Voice interview, 1978)

The SAMO tag took over from SoHo and Tribeca in 1978 thanks to Diaz, writer with the pseudonym Bomb-1. “SAMO as the end of religion that washes your brain, of inconclusive politics and of false philosophy SAMO as a release clause, SAMO saves the idiots, SAMO as the end of vinyl punk, SAMO as an alternative to making art with the radical sect -chic funded by dad’s dollars SAMO as an expression of spiritual love SAMO for the so-called avant-garde.

SAMO was this is much more, and like all the great partnerships of love, turned to its end in 1980, with the separation of the two artists for different differences, from that moment the tag was used by Basquiat with “SAMO is dead”.

Basquiat’s art so close to Dubuffet’s art brut for materiality and instinct is a cocktail of energy and primitive gestures, all enclosed and strengthened in and by the power of gesture and color. This absurd passion was well immortalized by another great eclectic artist, the New Yorker Lee Jaffe who met Jean – Michel Basquiat in the early eighties and portrayed him on their many trips to Switzerland, Thailand or Japan, as well as in his studio of New York in which Basquiat filmed it in turn while Jaffe was making the sculpture “Inverted Oak”.

This is how an original Basquiat in the early years of his career has been immortalized forever, in moments of everyday life, between street painting and a look at the sky, with a red t-shirt, a smile dictated by an unconscious extraordinaryness and dirty hands of color. An existence came to an end a cursed day in 1988, because of an overdose at only 27 years.

Another life with a melancholy brevity is that of Jeff Buckley, who died drowned one night in 1997 when he was only 31 years old. Today, twenty years after the album that has consecrated him, Grace, the shots of Merri Cyr witness the intimate essence of a voice that has changed the music scene of the early nineties. Son of art of a father you never knew, Jeff surpassed him for greatness and unlucky beauty.

A scratchy and excruciating vocal body poised between soul and rock, able to contaminate different musical souls for a result that transcends goosebumps, as in the covers of Ella Fitzgerald, The Smiths, Bob Dylan, or Leonard Cohen. The secret then was to capture, plunder, steal from the great for a confused and happy hybrid that flew over the unforgivable waters of the Mississippi, to glide again after twenty years on a multitude of willing listeners to rediscover and fall in love with an artist from the destiny marked. 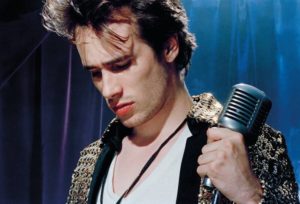 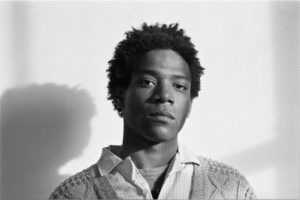 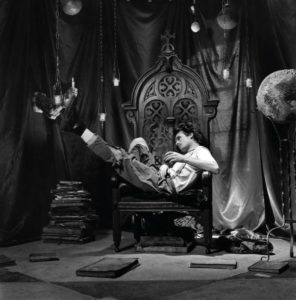 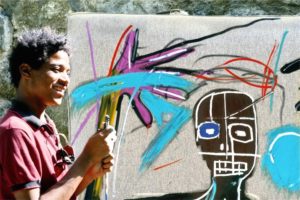 Merri Cyr, with a respectable artistic career, has since the first meeting, claimed that Jeff Buckey had been a person with innate talent and charm. A sort of magnet silent and strong attraction characterized the synergy between the two. The Cyr has immortalized Buckley, in the most intimate moments, giving us back a precious portrait in the form of a secret diary for images.

From the impure beauty and the grinding sadness, Buckley to the supermarket, lying on the couch, distracted or bored, on the phone or hidden, simply lost in his own vanity as an artist, in his own grace, in his own aura. Clinging to the microphone as you do with hope. A subtle and fragile eroticism, but overwhelming and decadent.

In the words of Cyr herself she says: “He kept staring at me with wide eyes, showing off a consummate mastery.” Although he hated the idea, he was in effect a tormented artist. (…) for me I was a kind witness, a friend, of course, but also a witness, “

In these two exhibitions, the photographic medium discovers the attitudes of being an artist and unveils its drama by remaining a witness and a guardian. So real, discreetly captures the subtle limen between life and art, where the myth lies in the most incomprehensible silences; So here’s how artists like Merri Cyr or Lee Jaffe can approach the legend, Basquiat and Buckley, with extreme care and attention, spasmodic attention dictated by a human feeling, a relationship of voyeurism that is consumed in the shortness of life and the shot, and that makes the bonds between similar souls sophisticated, precious and unique. Because in the multitude of its functions, art also serves to recognize oneself.