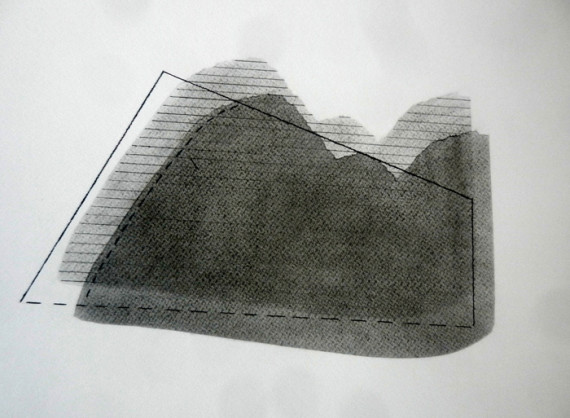 In Russia in the ’20s the abstract art promoted by Constructivism was conceived as action and verification field for design ideas that were born from the dream of an egalitarian society based on respect for workers beyond class divisions. Rejecting the spiritual meaning of Kazimir Malevich and the sacredness of the artwork intended as a unique entity, the artists associated in the First Working Group of Constructivism considered art as an active agent of a life-enhancing process that started from a mass production based on new communication values ​​expressed by graphic design, photography and political propaganda posters. The artists perceived themselves as aesthetic engineers of a revolution that would overturn the taste standards of the previous ruling class to sanction the utopia of a world ruled by an incontrovertible order guaranteed by the universal application of the principle of pure functionality. The compositional values ​​of painting were then translated into abstract combinations of geometric shapes that became models for an industrial design marked by strict principles of simplicity, functionality and respect for the material specificity.

One of the most important interpreters of this current was Varvara Stepanova (1894-1958),  Alexander Rodchenko’s wife: designer in the first public textile factory in Moscow, she applied the constructivist canons to the design of sports and workwear that might support the gestures of those who wore them and that could be emblematic of the specific use to which they were assigned. Definite geometric lines emphasized the movements of an androgynous body which became a compositional element, while the bold color contrasts revealed theatrical and literary intentions despite the stringent set logic. The intention was to overturn the idea of fashion as psychological reflection of a lifestyle to constrain the aesthetic value of every outfit to the time of its production and use. The Constructivist commitment to providing good quality clothes relevant to their function embodied the utopia of a society able to adequately provide for the needs of citizens which together constituted a social body fated to equality in opposition to the inconstancy of capitalist Western fashion.

After almost a century the Romanian artistic duo Toma & Cobilanschi in its current exhibition in Gallleriapiù in Bologna explores the archive of works, writings, fabrics and sketches left by Varvara Stepanova for re-enacting those bright future suggestions in possible interpretations of actuality which receive their anthropological and representative insights.So in Grey Flags (2016) a black fabric maybe not so different from those created in the Muscovite state factory evokes the ascending lines of Vladimir Tatlin’s Monument to the Third International ; suspended on a Persian carpet that generically alludes to Muslim culture, it seems to celebrate the hopes of war refugees assimilating them to the dreams of a better world that animated the avant-gardes. Continuing the investigation and manipulation of symbolic and political connotations implied by the design of textiles, the fabric collage series entitled Rhythmical Logic (2016) make up an installation that proposes the same strict geometric and chromatic system of constructivist painting. The quotation, superficially interpreted as a tribute to modernist aesthetics, in fact conceals a subtle political and critical analysis. The artisan matrix of the handwork, antithetical to industrial production intended as exclusive motivation of those patterns, it becomes a tacit admission of the versatility of a semantic form born to be univocal, while the insert fragments of cloth on which are printed the testimony of Romanian workers lets see the flaws of a system that censured its contradictions.

In the triptych Emotional armors (2015) Iulia Toma poses in front of the camera improperly wearing her mother’s sports uniform: sweatpants, folded and rolled up to become imaginative headgears, ironically revisit Varvara Stepanova’s research on special clothing for a specific profession. Once again the irrepressible dynamics of subjectivity deny any programmatic absolutism to reaffirm the value of individuality as an irreplaceable array of emotions and creativity. If history has cruelly denied the avant-garde’s trust in the imminence of a future egalitarian destined to become eternal and the feeling of insecurity and tension that pervades our present discourages the emergence of more utopian predictions, maybe we have to look for inspiration in other possible worlds. So in the video Hello Worlds (2015) Claudiu Cobilanschi tries to attract the attention of hypothetical extraterrestrial life forms waving a reflective fabric on a lawn and his playful expectation of receiving some signal from above raises the hope of finding in the artistic experience new modalities of coexistence and mutual understanding, 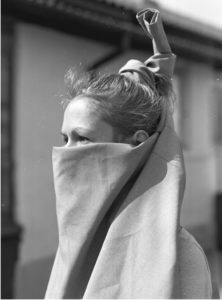 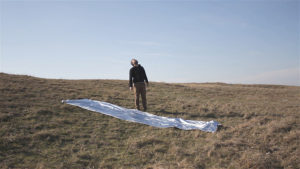 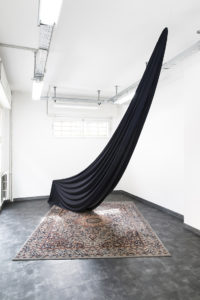