Between past and present: Alberto Gianfreda at the...

Between past and present: Alberto Gianfreda at the Civic Museum of Gallipoli

Among archaeological finds and other precious objects, foreign bodies appear here and there that certainly do not go unnoticed. Terracotta sculptures and strange ceramic vases animate the display cases and the large room of the museum: they would also seem like artifacts at a first, quick glance. In reality, these are the works of Alberto Gianfreda, carefully set up to compose the Mirabilia exhibition at the Emanuele Barba Civic Museum in Gallipoli.

The museum’s collection is the result of important local donations – most recently those of the Ravenna and Spagna-Borsci families in July this year – and much of its prestige is due precisely to Emanuele Barba, doctor and teacher who set up inside it the Zoological Cabinet: all objects – books, paintings, fossil remains, weapons, coins, medals, etc. – were therefore recovered in the Salento area and constitute a testimony of the different phases that have characterized the history of this place. This, in fact, is the only aspect that places Alberto Gianfreda’s Mirabilia on another level compared to those of the Civic Museum: for the rest, the artist’s works blend perfectly with the environment, reviving that “dialectical confrontation between different eras and worlds” advocated by the curator of the exhibition, Lorenzo Madaro.

Observing the works on display, the different worlds to which allude are all transpired: if the “shattered” vases bring to mind the ancient Chinese tradition, the plastic compositions in terracotta seem to come from distant planets, as if they had fallen millions of years ago on Earth and had been recovered and reassembled by the artist himself – the stars that mark the surfaces are a clear testimony. Yet, in the context of the collection, Gianfreda’s works manage to merge perfectly, hiding and revealing themselves at the same time: an epiphany that breaks the rhythm of the vision only in order to propose a new, unpublished one, just as happens with vases from the Nothing as it seems series, undertaken in 2017. Furthermore, in relation to the place, Gianfreda’s work takes on an additional value: a metaphor for what should be the correct conception of a museum, his sculpture is not made up of a set of static and isolated fragments, but from living and closely connected pieces, held together by metal wefts which, while modifying the final image, still respect the identity to which they refer. This, therefore, is the profound meaning of his research, and the meaning, after all, of sculpture in absolute terms, understood as the result of the transformation of thought that manifests itself through form.

Extended until September 15, 2020, the exhibition not only enhances a collection that is already rich and prestigious in itself, but reaffirms that indissoluble link between present and past, between human testimonies that, despite being placed in different temporal moments, still belong to the contemporary world. This is also thanks to the studied staging of the works, which helps to fuel those “visual short circuits” – as Lorenzo Madaro affirms – fundamental for the purpose of a stimulating and convincing “dialectical comparison between historical and cultural, economic and social eras”.

It is a silent operation that allows Alberto Gianfreda’s works to blend in with the preciousness of the Gallipoli Civic Museum, yet extremely effective. Today’s earthenware dialogues with the ancient Messapian era Crete, while the “exploded” vases contained in the thalassology, malacology and ornithology sections seem to take on bizarre biomorphic conformations: the meeting of the two worlds, cosmic / oriental on one side and ancestral on the other, thus generates a new universe never explored before. If the term mirabilia is closely connected to everything that is admirable and that arouses amazement, those of Gianfreda and the Civic Museum of Gallipoli renew the sensations that accompany this expression since the dawn of time. 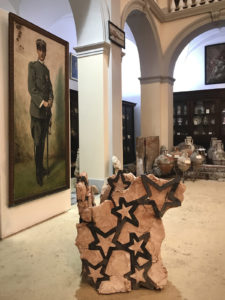 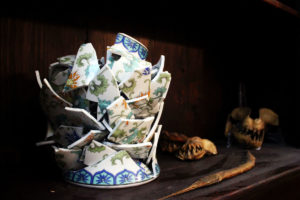 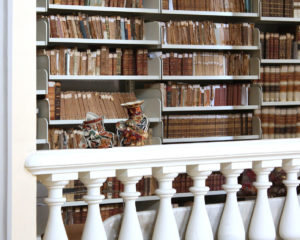 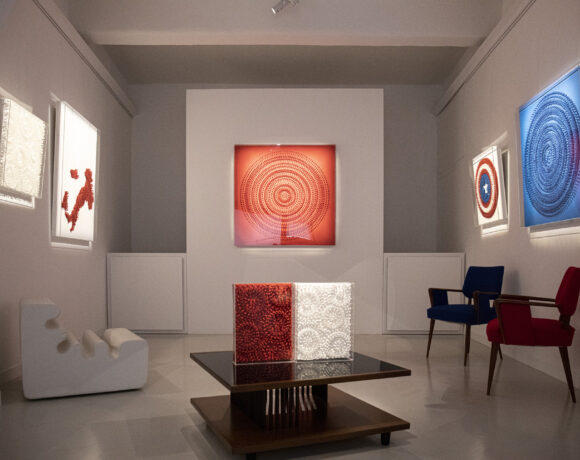 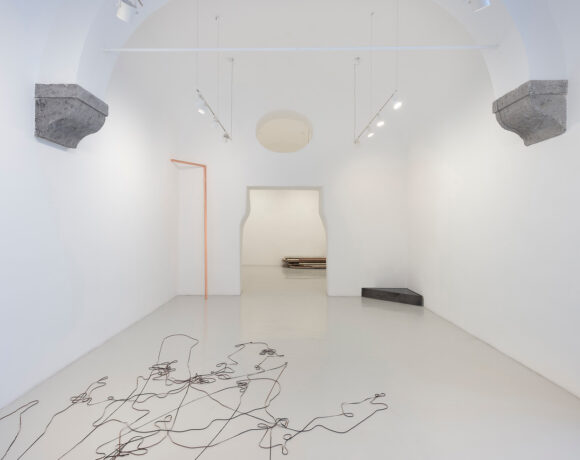