In conversation with Vicente T..

Beyond the fourth wall. The union of the opposites...

Form the cinematographic narratives to a controversial metaverse where our body and daily life are transferred into the virtual world, daily themes and issues continue to come from the same origin: social divisions, struggles, fighting between one another. Everyone talks about dichotomies, memories that keep maintaining identities, that create or link everything together. For this reason, I choose to talk about one of the most famous artists and filmmakers: Steve McQueen (London, 1969). Who, better than him, could embody the union of action, doubling and ambivalence? I am talking about the hunger of changing, the struggle for life, in an attempt to reach and win back life. Today, Steve McQueen is one of the most acclaimed artists, placed in the list of the 100 most influential artists of the year (ArtReview); he always searches the way to keep the observer aware about the duality between ourselves and the other; when someone watches his artworks, he is literally absorbed by the “tactility” of the images; we feel and make an experience of our own pain, abandon, loneliness: the history of human beings.

McQueen developed his artistic training between the end of the 1980s and the beginning of the 1990s in England. He works in the field of videoart, by experimenting with the moving images. Bear (1993) presented the main elements of his poetic: few characters, unusual framings, the ambivalence and doubling of the self and the other through silence and movement.

A dual memory: individual and collective. McQueen’s artworks cover spatial, temporal and narrative ambiguity and disjunction; these elements completely surround the viewer who employs all his senses; the body is projected in another filed of perception as movies and artworks go beyond vision: the audience tacitly feel, hear in the silence, smell the images. Situations are both extreme and ordinary at the same time:  the camera – or any other recording instrument – is the entity between the artist and the examined subject. Memories, sensations, feelings are activated by a wise use of editing and of an uncommon shooting corner in the construction of the main scenes. The body is linked to memory and history as its vehicle and source. It is a meticulous analysis of the body or the object that creates a sort of “portrait-in-movement”, like in Static (2009).

Every artwork or movie talks about limitations and sacrifice: they show normal people, like in Hunger (2008) or 12 years a slave (2012); these characters look like bressonian non-actors and this quality contributes at the valorisation of the message he wants to convey. Yet, in his first movie McQueen wondered about the idea of cinema – and, firstly, the moving image – as the medium that can testify, better than anything else, struggling historical events. Opposite, yet complementary elements comprehend the structure of each work as well as the experience of the viewer: in Western Deep (2001) or Illuminer (2001) the black screen is disturbed sometimes by a light revealing the characters and the surrounding space. We feel it by hearing the claustrophobic condition of the characters. We hear noises, the space around us – around them.

The experience of each character is amplified and goes beyond the fourth wall; it becomes a personal experience for the observer. The audience turns into an active participant of the events, despite remaining more like a voyeur. Every viewer becomes part of the drama of the characters. Everyone can get into the simulation in order to feel the same sensation of the emaciated, decomposed, but still standing bodies represented in his works.

Indeed, McQueen encourages a journey into other bodies, spaces and experiences that leads back to us; from the deepest and unexplored woods of history, of the collective memory, to our little hortus conclusus. Daily life is subverted by the narration of other ordinary lives, overturned by the chaos developing from the worldwide events, the political and international balances. Nonetheless, people continue to withstand by making that single step forward, despite all the expectations, trying to rescue what was stolen from them, holding out against the dark another day, knowing that sooner or later everyone will reach the stars, or will be part of them.

Special thanks for the collaboration and the use of the images: 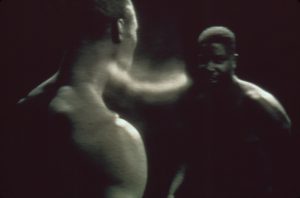 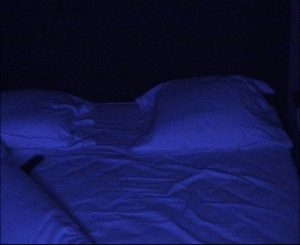 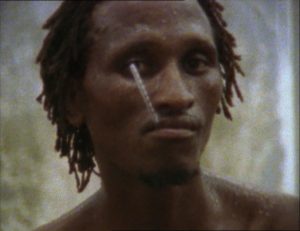 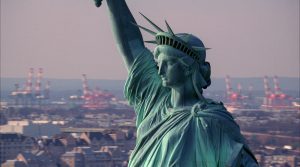 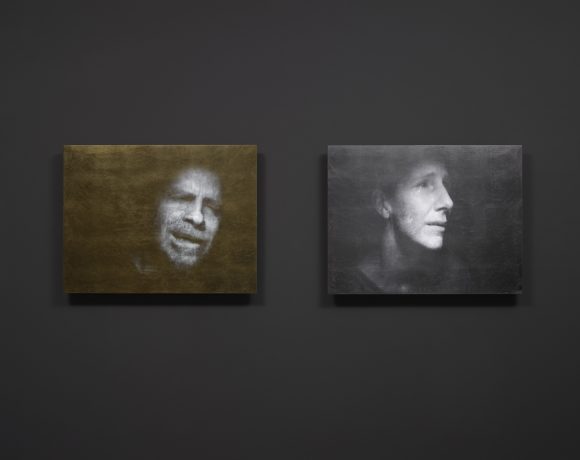