In conversation with Maria Lui..

In dialogue with the artists S..

The abacus is an object formerly of clay and small stone disks and in its natural function still has the task of measuring and carrying out arithmetic operations through the calculi, although it is now replaced by new technological devices. Each diskette had a specific numerical value that added or subtracted from the previous one followed a sequential linear trend.Overturning the abacus involves, therefore, a conceptual reversal of the two extreme poles: what is beginning becomes end and vice versa.

«The inverted abacus» is the title of the sixth edition of straperetana, a contemporary art exhibition inaugurated last July 16 inside Palazzo Maccafani in Pereto. Curated by Saverio Verini, Matteo Fato and the MONITOR Gallery, the collective breaks the conventional canons of the master’s icon which can be symbolically replaced by different subjective entities of reference. In fact, five artists (Riccardo Baruzzi, Margherita Moscardini, Alek O., Cesare Pietroiusti, Namsal Siedlecki) were asked to choose «a model or a seminal figure in their path».

The responsibility of the artwork, when it is not self-expression of the artist, lies in the «salvation of the other, […] inasmuch as it protects itself from fixating itself in its mere presence». Creating a work completely free from a previous or external correspondence, in order to follow the idea of new and original that the logic of fashion and the market imposes, reduces it to a mere object of consumption.

The meaning of “original”, however, comes from the Latin originis expression that defines what is close to the origin. A work of art, therefore, is defined as original when it appears to be deeply linked with its past and with its formal material principle.

This manifesting itself in the eyes of the viewer becomes, therefore, a new visual image whose purpose is to enrich one’s historical memory. This connection with an original artistic correspondence, however, does not want to remain stoically lying on its prestigious podium but finding points of contact with contemporaneity wants to be refuted, equaled, if necessary, “reversed” and sometimes, confirmed indeed.

It is no coincidence that the artists in the exhibition create works defined as seminal, such as to create «the conditions for art to reproduce itself, proliferate, extend and continue over time». The Giunchi and the Spaventapasseri by Riccardo Baruzzi, which are thin, semi-anthropoform but alien shapes, inserted inside the first room, suspended and light, evoke a dreamlike image of the rural areas of Ravenna, then finding definition through the photographs, taken from the collection Di palo in frasca (ed. Lugo Land, 2015), by Marcello Galvani. The shared memory of the master Guido Guidi becomes for the two artists a synergistic expressive stimulus of their fascination for the anyness of those marginal and anti-spectacular places of the Romagna rural countryside.

The attachment to the native land and the domestic scenario is also expressed by the objet trouvé of industrial origin that the Argentine artist Alek O. lays down and assembles on the ground for modules. Industrial luminous ceiling lights and small volumes composed of waste majolica – sculptural objects of the O. – become, with a playful and ironic approach, autonomous architectures and living identity for the small self-produced contraptions and the new natural organic creatures that Diego Bianchi inserts among them.

It is through a literary correspondence that Cesare Pietroiusti has chosen to dedicate his tribute to Pietro Manzoni, not only his reference model, but one of the fathers of Italian conceptual art. Inside the Entrance hall of the historic building, Socle du Monde (1961), Henk Peeters’ photographic reproduction of the famous iron cube, is flanked by a text-tribute that Pietroiusti publishes inside the original copy of Rivista di Psicologia dell’Arte (1981) interpreting its poetics.

The artistic creativity, albeit amateur, of Namsal Siedlecki’s grandmothers becomes a source of inspiration for the creation of his works. The Deposition, a sculpture subjected to a process of petrification that Siedlecki created and inserted inside the Mezzanine of the building, is paid emotional tribute not only for the series of copper self-portraits made by grandmother Sofia Bentick, but also for the slides that Grandmother Joan Hudson, on the other hand, realizes on the streets of New York. At the end of the exhibition inside the building, the concept of “departure” that the artist Margherita Moscardini expresses with Inhabiting without belonging dominates as a primary theme.

The bronze artwork lies assertively on the ground inside the Cisternino as if it were the title of the filmic work (Launch of the Ocean Wave: Los Angeles to Cape Cod/July 1975) that Bas Jan Arder, the Dutch artist chosen by Moscardini, realizes during his journey in the open sea left us as the last legacy before his unknown death. It is with a strong poetic charge that the works of the two Artists from Abruzzo Lea Contestabile and Daniela D’Arielli, fit into the streets of the village of Pereto, unknowingly connected to each other through the shared use of the red thread, which is symbol of belonging par. If in the Contestable, memory finds its maximum impact through the power of the word (Un paese ci vuole) woven on stone, in D’Arielli’s work the primordial element of water evokes the sense of belonging through a poem by Wiskawa Szymborska that the artist embroiders on two banners. 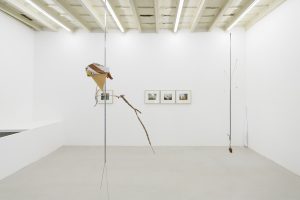 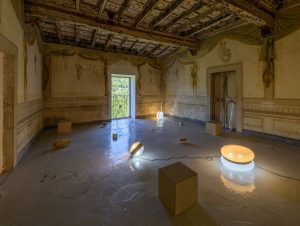 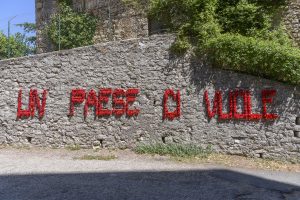 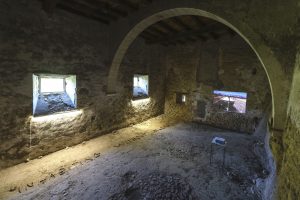 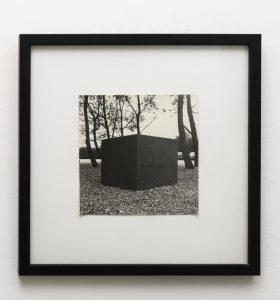 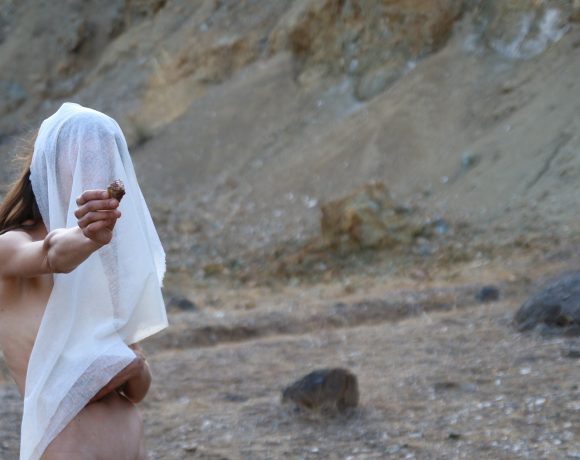 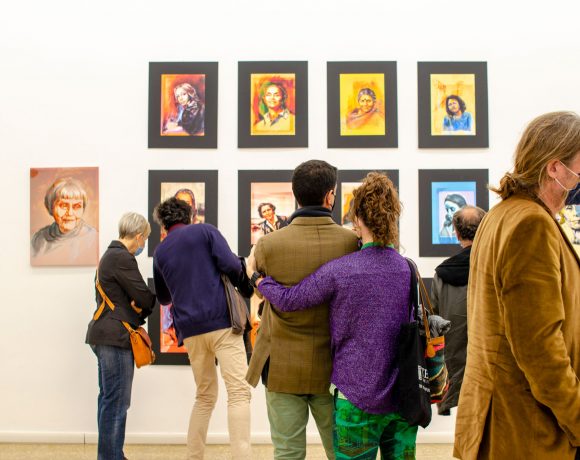 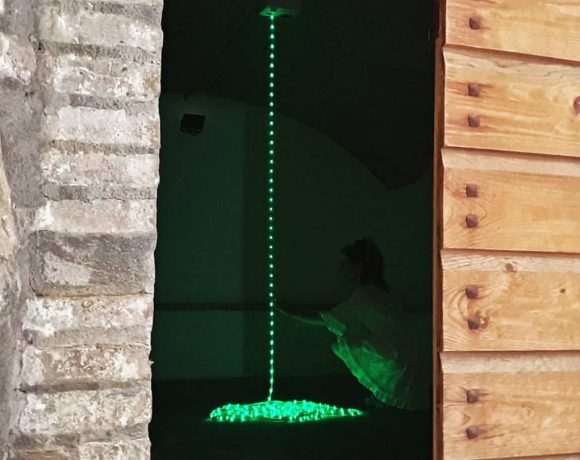