Francesco arena. Eight corners on display at the S...

The Regional House of Castilla..

We abide in time through space. Time of proximity, time that is (not) passing. Time as a unit of measure of historical and social consciousness. Time of contradictions that enables to balance clear forms between the full and empty spaces of the environment. Time, or rather, the perception of time, is always linked to a space that allows to decode a reality fueled by fickle, opposite and complementary energies. A non-linear, flexible and heterogeneous time, the one at the center of Francesco Arena’s solo show “8 corners” at Studio Trisorio in Naples. An anthology of works created over a long period of time from 2013 to 2021.

Eight works installed in the eight corners of the exhibition space. Interdependent yet connected aesthetic shapes occupy a precise physical place, deliberately marginal, establishing a dialogue with the architectural structure, an indispensable and necessary condition for their material presence. The works render the dialectic between time, space and materials aesthetically perceptible, the latter carefully chosen by virtue of their physical and above all poetic characteristics. The installations with a tangible sense-form guide the understanding of a story that belongs to the individual as well as to the community, and which usually speaks through the manifestation of opposite and often antithetical, distant but complementary forms and concepts.

With this exhibition project, Arena shows the relationship existing between the concepts of space and time and the paradigm of the political, social and literary meanings that characterize our experience with what exists. Each work is installed in one of the eight corners of the exhibition area. Materials such stone, bronze, steel, ash, copper, play an essential role in the construction of the artworks meaning and their environmental location.

The coexistence of different, heterogeneous but somehow perfectly balanced elements is a theme that we encounter in the exhibition itinerary. The conceptual and geographical poles of East and West are evoked, for example, by Extreme Occident (2013) in the western corner, and Extreme Occident (2017), a twin work located in the eastern corner of the second room. The encounter with Marc Chadourne’s book happens by chance in France on a vintage book stall. Endless, Nameless (2020) is instead a scaffolding pipe bent at right angles that adapts to the angular space, and inside which is contained a magnetic strip on which have been engraved the homonymous Nirvana song included in the Nevermind album. Thus, the song becomes a physical aesthetic presence, without end and with no name, which dominates the floor.

Black liquid monolith, is a paradoxical monolith made of liquid content. A metal tank that collects 200 liters of wasted car oil allowing the sculptural perception of the liquid adapting to the shape of the container. Cubo (2021), on the other hand, is a recent work made up of various slabs of waste material from previous productions, a 39 cm high pile, with an empty corner, carved in the various layers. Trittico del sapere (2020) is a work composed of three mirror-polished steel slabs placed at an angle creating an open half cube, but also an illusory full cube, with engraved phrases relating to the concept of knowledge from the novel The Hornets by Peter Handke (“He gets excited only for what he doesn’t know”, “What he knows leaves him cold”, “If he knows about something, but cannot verify what it is, he is enticed to know”). Fiore curva (2020) features a rose placed between the architectural corner and a bronze block. Both elements work together to create a curve like two opposing thrusts that meet while actively working. The rose curves without breaking.

Thus, in the corner, a point of union but also tension, the lines of concrete metaphorical energies and meanings meet. Systems of analogies, correspondences, messages transposed on the visual level, apparently devoid of immediate connections, where materials, words and shape coexist in a very clear and syncretic balance. 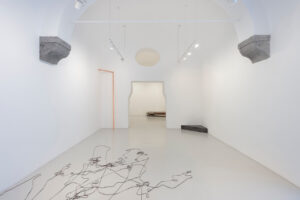 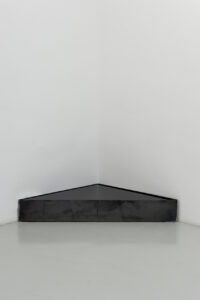 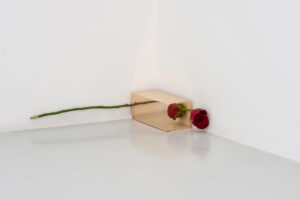 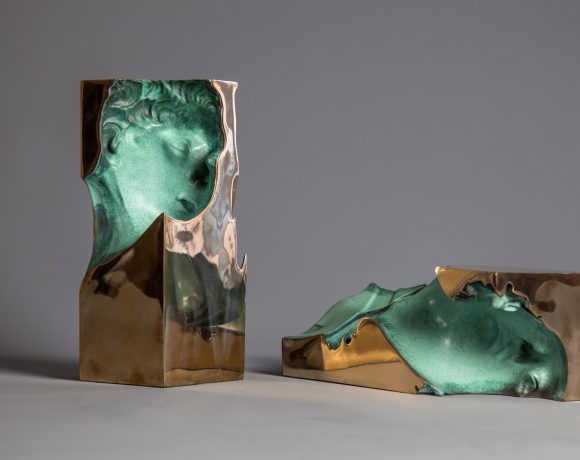 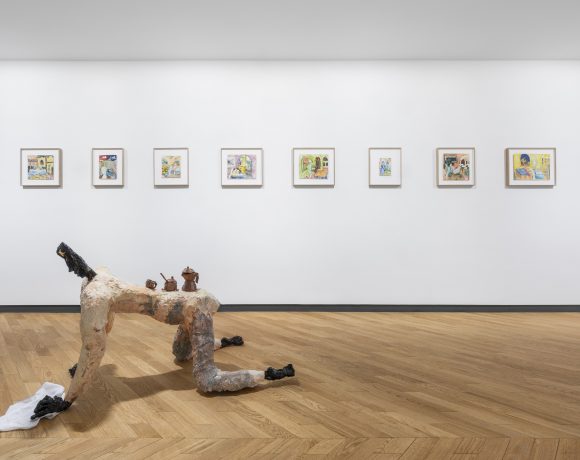 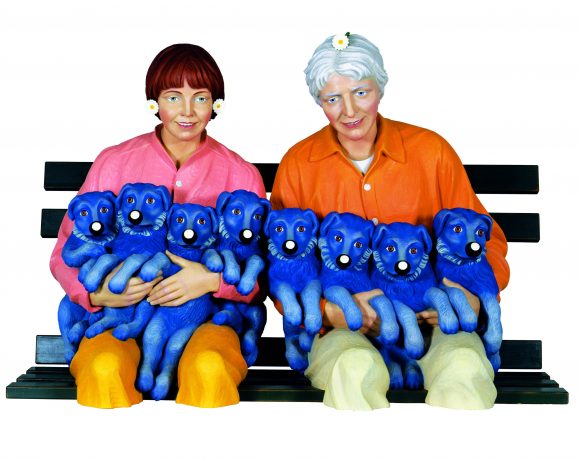