The return of Gianluca and Mas.. 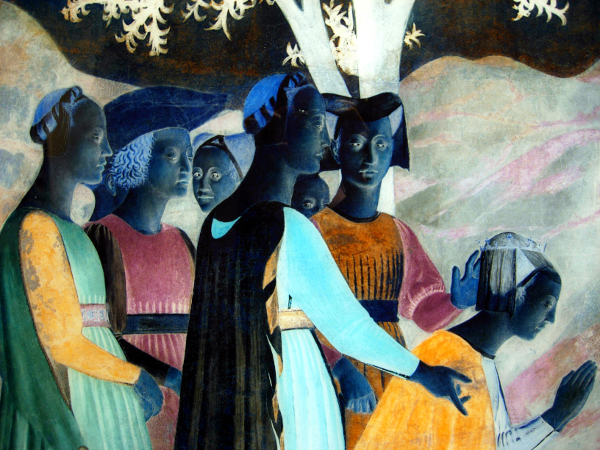 The photographer Francesco Pignatelli, born in Milano in 1971 into a family of artists, is exhibiting for the first time in Bologna in the Galleria d’Arte Maggiore a selection of experimental shots that retraces the main steps of his artistic career in recent years. His most recent works, divided into series inspired by different figurative themes, are linked by interventions and manipulations that alter the usual appearance of photographic reproduction in order to undermine the established viewing habits and arouse in the observer the need of a new confrontation with the image. 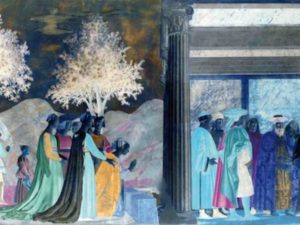 The series called Reversed city, made since 2002, presents glimpses of international cities (London, Berlin, New York, Tokyo, Paris, Valencia, Caracas, in addition to his native Milan) identified by the artist during his many travels. The selective inversion of colors applied to printing seems to undo the structures of the city by giving the walls or the facades of the buildings the same visual tranciency of a negative or a radiograph. What stands out is the precious and cold sheen of the covering elements such as tiles, graffiti murals, neon signs and billboards, suspending the reality in a flashing symbolic field in which evanescent humans are walking. The initial disorientation which complicates the recognition of places and the reckoning of the time of the shot reveals a previously unseen beauty that brings luxuriant sensorial incitations. The ephemeral skin of things and the imponderable plot of random events are thus rendered eternal by the photograph, exhibiting themselves in evocative compositions illuminated by a mental and endogenous light. 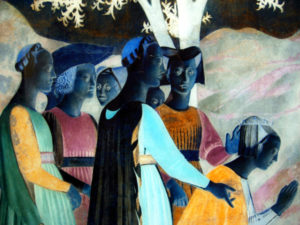 In Reversed Renaissance (2004), the artist submits high-quality photographic reproductions of some of the most famous masterpieces of Renaissance painting to its particular chromatic process: blacks and whites reversed their roles by converting light into shadow, originally dense and dark tones become bright and some colors are transformed into their complementary. We have also in this case the impression of seeing a photographic negative that counterbalances the artifices of perspective and overturns the center of gravity of the image. The signifier culturally coded for centuries does not change but the meaning is completely changed according to a new aesthetic foundation, that suspends any acquired notion and reinvents and reactivates the reworked paintings by freeing them from their cage of preconceived semantics. The photography, a traditional mimetic medium, here becomes the vehicle of an estrangement which offers new creative opportunities to the judgment set to zero, suggesting a critical and active fruition of the artwork and uncovering details that are not so much evident in the originals. The intellectual pleasure of rediscovering joins the aesthetic enjoyment of the new refined color palette and a subtle irony that allows to make the sacred halos as shade and to dye yellow the blue robe of the Virgin symbol of her innocence. 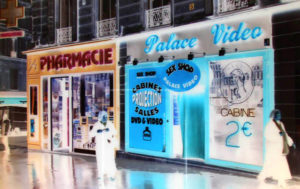 In the Fragile series (2007), composed by images of undergrowth reworked according to the usual replacement of the shadows with light trails, the crinkled and crumpled photo paper enclosed into structures made of plexiglass acquires a plasticity that aims to transform the figure in substance. This is how wonderful petrified forests that frighten with the inscrutable mystery of their black holes are born, revealing at the same time their delicate fragility. With these works the artist celebrates in a monumental scale the ancestral symbolic of nature with its rituals of death and rebirth, and cloaking it of fear for the destruction of which is often the subject. 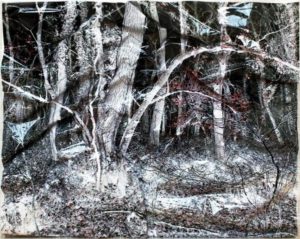 The photographic art of Pignatelli is able to materialize a border area where the real merges with its mental projection in a game of ambivalence and breakdowns that leads to the essence of the objects revealing a new truth. His review of figurative language and the transfiguration of colors to which submits visible reality are the instruments of a contemporary alchemy that through alteration generates a new immersive aesthetic vision.