In conversation with Placentia.. 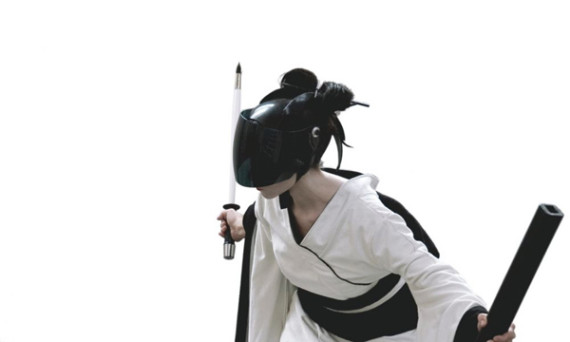 After almost two years of restoration reopens in Cittadella the enchanting Renaissance building where the Fondazione Palazzo Pretorio Onlus has its venue and inaugurates the new exhibition season focused on contemporary art with the exhibition GR | Giovanna Ricotta curated by Guido Bartorelli and Silvia Grandi.
The artist, one of the most attractive in the international video art, brings together in her first solo museum exhibition a selection of recent works to present an original site-specific installation that ideally concludes a research phase heralding the new accomplishments of his creative path.

Since 1997 Giovanna Ricotta arranges complex performances accompanied by video, photos, drawings and installations, in which a body-object submits to tightened rituals where gestures and movements become reflexive stages of a process of initiation that leads to the unveiling of the final concept. The artist has an absolute control of every element of the performance of which is always the protagonist and that involves the use of object-sculptures from her expressly designed and manufactured with a precious aesthetic sense that borders on the design. The bodies and the faces of the actors involved in the performance are deprived of any carnal and emotional connotation becoming almost scaffolding supports to elaborate disguises that materialize fascinating creatures suspended between dream and mental projection. Their provocative ambiguity of icons in the balance between art and mass culture and the visual and conceptual quotations that they bring reflect the transverse sensitivity of the artist that, through these visions and associations of thought, interprets the contemporary culture as a free reworking of the present and the past.

Through their disciplined gestures mysterious pregnancies and metamorphoses are accomplished and they transform the nowhere where the action takes shape (aseptic white spaces, industrial buildings or museum rooms emptied of their contents) in delicate alcoves of artistic creation. Played on the transparency of white and candy pink is the video Toilette (2008) where a punk-rococo courtesan performs mannered bowing and dance steps after having rouged herself and her reflection in the mirror with a heavy layer of powder and clouds of perfumed essence. Assimilating the eighteenth-century formalities to the official facade that often rules human relations and in particular the rules of the art system, Giovanna Ricotta suggests the viewer to wonder what’s really behind the appearances of things, starting, for example, from the white powder which is sprinkled the face or from the liquid that is sprayed into her mouth. White as a moment of transition and arrival back in the video made at MAMbo Do the Right Thing (2010), in which the body of a calligraphic racing-geisha-samurai interprets the rage of the artist and his role in the conception of the work, from the impalpable moment of inspiration, to the concentration on himself followed by the free abandonment to possible variations of an idea before determining the final and decisive action. The ambiguous alternation between the white of the kimono and the sheet to be patterned and black of the helmet and the katana-brush with which the protagonist splits the space is resolved in the final writing on paper of the sentence that gives the title to the performance.

The video trilogy is concluded by Moths (2012), which depicts the gestation of the beauty and the sacredness of its manifestation in a room of the ALT Museum in Alzano Lombardo, a modern industrial cathedral transformed by the performance in a mythological place divorced from time. The three performers, with their faces hidden by sought-trick-masks vaguely 20s, get rid of the heavy clothes in which they are initially enclosed to reach their magnificent destiny of butterflies in a sort of investiture for spoliation that is done by two futuristic transparent rod-antennas. Whereas the settings and the clothing used in the performance become installations where visitors can freely empathize with the metamorphosis of the artist, the new job No longer you (2015) represents a radical change in her path. Giving up for the first time to put her body on the front line, Giovanna Ricotta plans her artificial alter ego using a 3D printer that in 8 days and 9 hours has created a unique sculpture-urn on display for the first time in Palazzo Pretorio. In search of a new identity, the artist symbolically lays within this container-body its ashes like impalpable graphite dust that is ready to expand itself with the first contact with air and sealed its cover-head from inside by impressing her monogram in gold. This first stage of his personal and working transformation is accompanied by three large monochrome photographs that portray and conceptualize the textures of the urn, of the ashes and of the logo engraved inside, waiting for the final event in which the artist will open to the public her sculpture. 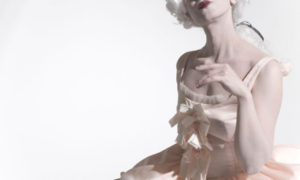 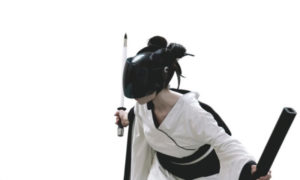 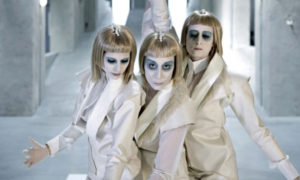