Emerging performance is not se..

In conversation with Francesca Leoni and Davide Ma...

The usual appointment with Ibrida, the International Festival of Intermediate Arts, now in its seventh edition, returns to Forlì, from 15 to 18 September 2022, at the EXTAR venue. The aim of the project is to translate the epochal change we are all going through into a cultural and artistic proposal, through artistic performances, installations, dialogues (we include the precious presence of the art critic Renato Barilli) and electronic music. As the artistic directors, Francesca Leoni and Davide Mastrangelo say: “Ibrida Festival was born in 2015 in order to investigate and disseminate recent productions and research in the field of video art, welcoming performance art and electronic music combined with experimentation on images. in a completely natural way. The Intermedial Arts involve the use of different media at the same time (video, installation, music, live performance), that interact in the name of hybridization”. The theme proposed this year is that of Digital Identity, also understood as a blurred point between the physical and digital boundaries.

But let’s find out more about this edition of Ibrida with the organizers of the event, Francesca Leoni and Davide Mastrangelo.

Antonella Buttazzo: When we speak about identity, we take refuge in a unique representation, with certain characteristics that make an individual unmistakable compared to others in the personal and social sphere. In the digital age, however, we are talking about digital identity. How much has this process influenced the world of art, in your opinion?

Francesca Leoni | Davide Mastrangelo: Since the beginning, the Internet has shown an innate predisposition to connect people to each other. In a very short time all the signals have been digitized and the internet has evolved influencing the whole world. The artists, who have always been forerunners of the times, immediately carved out a space in the digital ecosystem, first separating the two dimensions and using it as an extension of reality. Today the two worlds hybridize with each other and digital is a way of thinking and acting. So our identity is also constantly undermined and questioned. Everything is represented in digital form, as a sequence of numbers 0 and 1. Most likely our digital identity will be superseded and replaced by a new identity that will no longer be digital or physical, but both. At Ibrida we will deal with the problem from an artistic point of view, presenting talks on NFT and blockchain with Domenico Quaranta, then we will discuss bioart, ecological art, post internet and immersive art with critics and experts in the sector.

We are talking about an important novelty of this year: the prestigious collaboration with the University of Bologna. How did the idea of ​​cooperation come about and what objectives would you like to pursue together?

This is not the first time that we have collaborated with Videoart Yearbook, the video art exhibition of the DAMS (Disciplines of the arts, music and entertainmen) Department of the Bologna University. We met them, primarily as artists, with our video art work, Person-A, over time we have collaborated more and more. This year in particular we have sealed an important partnership, and we were invited to the University of Bologna as a Festival during their 2021 appointment, in which we presented a selection of videos of international artists by Ibrida Festival. The relationship that unites us with Bologna is special because there we studied and built our first critical and formative bases, with a precise and analytical method. In addition to this we are united by a common mission, that of spreading the culture of video art in all its forms.

The presence of the art critic Renato Barilli leads us to a very important reflection for the current contemporary artistic and cultural context. In your opinion, what is culture today and how does it relate to the digital world?

There has been a “digital culture” developed for several decades thanks to the new technologies, but it still presents a number of problems relating to information and the active participation in the creation of content. The Internet is now a widespread collective unconscious. The digital world is a great opportunity because it allows us to get anywhere in the physical world without borders. The artists we invite to Ibrida all work with digital. There are millions of categories and sub-categories to define them, but we believe that the medium is not the ultimate goal of the measure, but the artistic practice. We are a festival that deals with intermediate arts and in a completely natural way every year we integrate new technologies and knowledge in various fields of application. We do not chase the present, we simply stay in touch with it and all its contradictions. This great opportunity brings with it a great responsibility: with digital and the profusion of the Internet, everything concerns us ever more closely.

Thanks to Francesca Leoni and Davide Mastrangelo, we remind you that through the permanent web platform of Ibrida (https://ibridafestival.it/ibrida-live/) it is possible to stay updated in real time with the Festival through shared contents. For this year’s edition, monographic sections dedicated to the work of Virgilio Villoresi, Gianluca Abbate and Silvia De Gennaro will be proposed. As for the program (which can be consulted here), we would like to point out: the live audiovisual concert Your Favorite Hell, commissioned by Ibrida Festival 2022; the projections of the video artist Marcantonio Lunardi; the public meetings with art critics Renato Barilli, Silvia Grandi and the authors Domenico Quaranta, one of the leading Italian experts in digital arts, who will introduce his book Surfing with Satoshi, and Elena Giulia Rossi, who will present her recent essay Mind the Gap. La vita tra bioarte, arte ecologica e post internet. 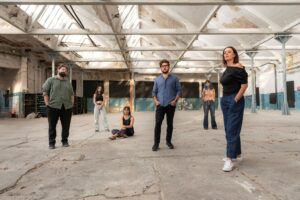 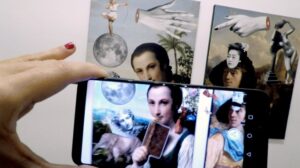 Francesca Fini, The reading, till the end of the world, AR (augmented reality), 2019, courtesy Ibrida Festival 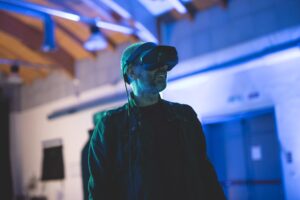 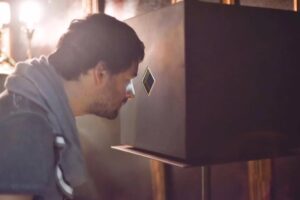 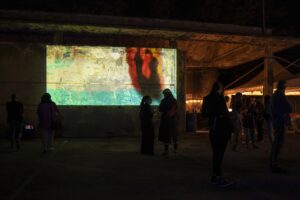 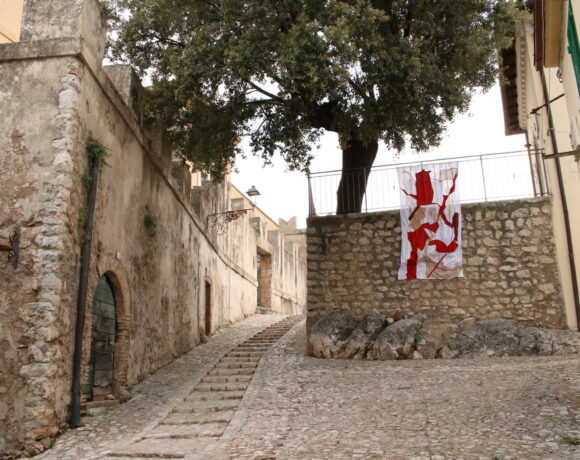 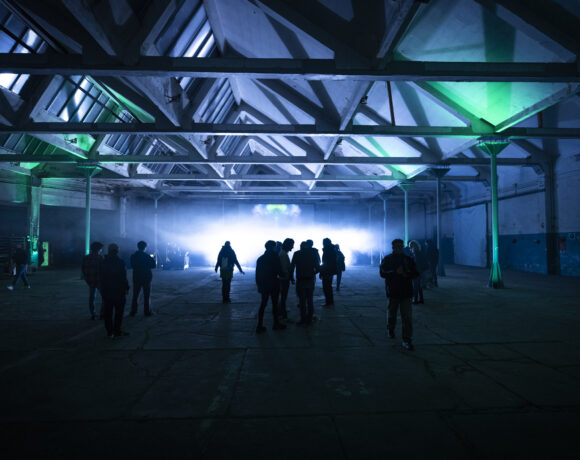 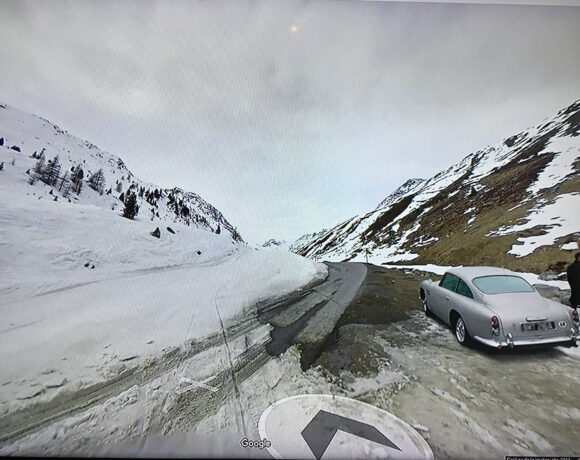