Over the years, you have pursued a very specific dream: since the Dada poetics you went through the experiences of happening,  Wiener Aktionismus, Fluxus, performance, Gutai and the theatrical experiences of the Living Theater…
From the first phase of the Sixties I lived many experiences that incorporated and incorporate all the disciplines and styles. In 1974 I met the most important exponents of many artistic movements. Their provenance from Duchampian-Cageian area and their love for music, painting, theater, and arouses great involvement. I spent very intense days with Al Hansen, Allan Kaprow, Dick Higgins, Geoffrey Hendricks. With Bob Watts, for example, the alchemy was extraordinary. He did a performance in Naples and I bought two of his works, including Art-Rat, of which there are still some editions of the same works I produced. He wanted to do a performance by flying over the sky of Naples, with a plane that carried, on a banner, an emblematic phrase but, after having spent ten days in our city, his project became L’Oracolo, which he created with his new partner. Among the many events, I remember the performance of Charlotte Moorman, with tributes to Beuys, Paik, Chiari, Mieko Shiomi. Those of Gina Pane, Urs Lüthi Schwarzkogler, Marina Abramović and all who worked in the space of via Calabritto: Nam June Paik, Takako Saito, Joe Jones, Jackson Mac-Low, Anne Tardos, Philip Corner, Daniel Spoerri, Jean- Jacques Lebel, Ay-O. And again, La Monte Young and Marian Zazeela, Charlemagne Palestine, Tony Conrad, Ben Patterson. Some of these participated, in 2003, in the large show-event Living Theater. Labirinti dell’Immaginario at the Castel Sant’Elmo in Naples, to celebrate Judith Malina and Julian Beck, curated by Achille Bonito Oliva.

It seems to me that you have opened up to the world of art following the great emotion that the exhibition “When Attitudes Become Form” curated by Harald Szeemann for the Kunsthalle in Bern, caused in many insiders in 1969…
My debut was with the Centro Europa, (1969-1973), opened with Stelio Maria Martini and Luciano Caruso where, alongside a predominantly socio-political interest, I began to examine the research and study of aesthetic and philosophical avant-gardes. After Documenta 5, where for the first time I had seen the works of Brus, Nitsch and Schwarzkogler, and after “Contemporanea” by Achille Bonito Oliva in Rome, urged by Lucio Amelio, I left the Vomero district, to move to via Calabritto. I had already worked with the young Mainolfi, Maraniello, Ruotolo and shortly after with Gianfranco Baruchello and Giosetta Fioroni, then with friendship and acquaintance with Sergio Lombardo, relations begin with Rome and the galleries of Gianni Fileccia, the GAP of Rome of via Monserrato, and that of Luciano Inga-Pin in Milan, where I met Brus, with whom I organized an exhibition at Studio Morra.

In the space of via Calabritto you have created memorable events: actions of Hermann Nitsch, Marina Abramović, Urs Lüthi, Geoffry Hendricks, Takako Saito…
Studio Morra was born as a reference point for new experiences: promotion and experimentation of new languages ​​of the visual arts of the twentieth century but also of poetry, art publishing, theater and music. It was a forge of experiences of artists who looked far away, beyond national borders. Artists with whom I lived together for many years, I compared myself at the level of thought and poetry, beyond any commercial urgency: the Wiener Aktionismus and body artists, happenings, fluxus, Corner, Hansen, Lebel, with the exponents of American independent cinema , Kubelka, Mekas, Sitney, Brakhage. In the 1980s, reviews of the most significant poets of visual and concrete poetry: Emilio Villa, Ugo Carrega, Henri Chopin, Stelio Maria Martini, Eugenio Miccini, Lamberto Pignotti, Arrigo Lora Totino, Sarenco, Gerhard Rühm, Oswald Wiener and Heinz Gappmayr and others, and more.

Which are your plans for 2020?
The collective dimension in artistic research is essential in the artistic process. It contains a series of effects capable of distorting the ex ante postulated forecasts. Structured and shared programming can only be beneficial if shared, taking part also on the social level. With my work, I aimed at spreading art and culture as a flywheel on a social level. The first act of the Morra Foundation (1991, with LUCA Luigi Castellano), that is the transfer from Via Calabritto which became a rich and fashionable area at Palazzo dello Spagnolo, via Vergini 19, a socially degraded and abandoned neighborhood, was almost a declaration of intent. The first exhibition, Neapolis, by Aldo Loris Rossi, proposed with a series of urban redevelopment projects of the city of Naples and its neighborhoods, which recalled with conviction the cultural impetus to pursue to re-evaluate and safeguard the potential of the city and highlight them. With this in mind, the Il Quartiere dell’Arte project was born, an ongoing process conceived not only by me but by Pasquale Persico, Nicoletta Ricciardelli, Franco Coppola and Roberto Paci Dalò. This is a project that tends to develop throughout the city and beyond structuring an innovative network little by little. The slogan a neighborhood becomes a city and then a world, is the synthesis of a program already discussed through a series of meetings between public and private subjects already in 2006. The starting territorial nucleus is based around the constellation of the four sites close to the Fondazione Morra (Museo Archivio Laboratorio delle Arti Contemporanee Hermann Nitsch, Casa Morra Archivio d’Arte Contemporanea, l’Associazione Shōzō Shimamoto, Vigna San Martino) which – while each one safeguarding its own specificity – they promote and radiate assiduous occasions for comparison, study and dissemination to the network of contemporary visual thought on the national and international territory. Standing in a strategic vision for research and training, the Quartiere is a learning space, in which learning by doing is reflected in a network of unexpected connections. A doing that calls artists to participate in the theme of Un quartiere si fa Città and a new demand for art and craftsmanship. The sign of a leap in scale also in the use of traditional techniques that interact with new technologies related to communication. For the purpose of constructing a network design, a strategy is being promoted, already in existence, of cultural and artistic policy, on the one hand at an international level, through partnerships and collaborations. The Art District, a true smart community, includes a vast area of ​​metropolitan spaces. Which asks to be a creative city within an enclosed structure of the Heritage as Opportunity network, of which Naples is a part, precisely with some of the realities surveyed as nodes of the network of the Art District. The attempt in the years to come will therefore be to develop, in a European network perspective, integrated management strategies and good practices to favor the balance between conservation and expansion of the heritage of urban historic centers. This is why participation in life and transformative activities are extremely important and – consequently – also for youth policies: these are aspects that must be addressed in a transversal way, with continuous cooperation and joint efforts between the various sectors and among the actors who work there. Through the mechanisms of access and participation, our project not only contributes to creating a sense of identity and belonging, but also reflects the different ways of coexistence within society, also promoting social inclusion debates.
Indeed, some aspects emerge from European and national experiences such as the need for “access to culture” to be included among the priorities of pedagogical policies, through support for cooperation and partnership actions in the educational and social field. Another aspect is the need to harmonize the dialogue between the different actors – public and private – and all the stakeholders to collaborate in the definition of new strategies. The Art District has the potential to give concrete answers to these needs and become a reference in progress in line with the needs of life and government that are attentive to rules and procedures that are no longer national but European and global.

The new MACRO: the Museum for Preventive Imagination is born in Rome 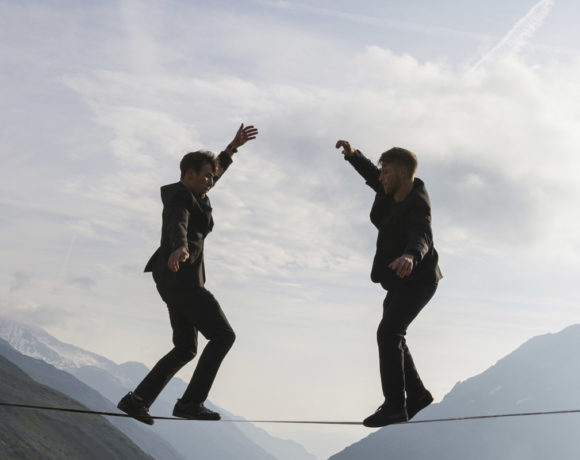