Elisabetta Catalano. The self ..

Sometimes the Neapolitan wisdom prescribes a necessary suspension of judgment on human affairs. The conflict between justice and morality is not resolved but is merged in the wise alternation of tragic time and comic time. So it happens in the theatrical masterpiece of Eduardo de Filippo, Il Sindaco del Rione Sanità: the ambivalence of the “Mayor” Don Antonio Barracano and, consequently, of the “Professor”, Fabio Della Ragione, is explained by the author as it follows: “It’s a symbolic, unrealistic comedy. It starts from a living and true character, who has his roots in reality, but then detaches himself from it, divinizes himself, sublimates himself. To give a precise indication to justice”.

And as art doesn’t want to lose the complexity of certain teachings, the Eduardo De Filippo Foundation, and its president Tommaso De Filippo, exhibits in the magnificent setting of Palazzo Scarpetta in Naples, from Saturday 26 September to Friday 4 December 2020, the exhibition Il Sindaco del Rione Sanità: a project which brings together the collaborative works of Pio Mucci and Matteo Pomati, on which Piero Golia then intervenes. The play is reinterpreted in the form of a graphic novel in which the authors, almost confused, compose a strong and delicate portrait of things.

Here is a conversation with the artists.

Your re-adaptation of Il Sindaco del Rione Sanità in a certain sense wants to confuse the authorship. Besides asking you how the project was born, would you like to underline your specificities and the personal way in which you immersed in the respective characters?
The interest and the approach for us was very different and underlines several personal stories: for Matteo it was a fortuitous and unexpected approach, relatively recent, while for Marco something more ancient and rooted. Let’s say that we “interpret” (our decision and distinctive trait in the graphic novel rendering of the theatrical comedy), respectively, Doctor Fabio Della Ragione and Mayor Antonio Barracano, and the choice of roles started initially from Marco’s curiosity to step into the shoes of the Mayor, which was followed by that of Matteo as the Doctor (or, at times, also called Professor). Two figures with different visions on many themes, but both equally tense in an effort to accomplish to reach a common goal. It is a real undertaking to recognize why each of us has fallen into a role, it would also have made sense to try the opposite to be completely honest. These are very complex characters, full of second thoughts and deep motivations, never fully made available in a direct way … Let’s say, however, that, to get out of the way, we chose roles according to physicality and origins.

Some critics often emphasized the Neapolitan aspect of the comedy, referring to the double soul of the city. What is your relationship with Naples and with De Filippo’s legacy?
Marco has always followed Eduardo. As a child he watched all his plays and dreamed of characters, from Vincenzo De Pretore to Tommaso d’Amalfi. Matteo, born in Milan, is instead fascinated by the stratification of both the culture and the image that the city of Naples brings back to itself, which he has had the opportunity to learn more and more, including Eduardo de Filippo comedies. We believe we are now approaching Eduardo in new ways: his effort to place himself within the contexts created by his comedies in a position of “witness”, and we consider him an artist who has dedicated his time on this earth to theater and art, having fun designing en plein air shows in Naples.

The comedy has at its center the eternal debate concerning the concept of justice: individual freedom – law of law. Is art for you a valid resolution tool in this sense?
For us, Art is a supra-human state, so if on a theoretical level one could live inside it continuously, then yes, it would be a definitive resolution – technically a very fast rising movement. But worldly art is instead only a pale reflection of what we would really like to understand it for, therefore it is always caught up in continuous debate and imperfection, like all human events.

Are you already working on future projects?
With SGOMENTO we always have projects in mind and in the development and realization phase: this exhibition at the De Filippo Foundation, itself will already be destined to continue its development into a project and an editorial object (complete graphic novel in book form). But then there are also curatorial projects (ed. starting from October 2020). 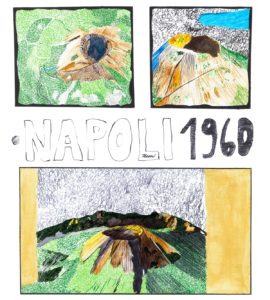 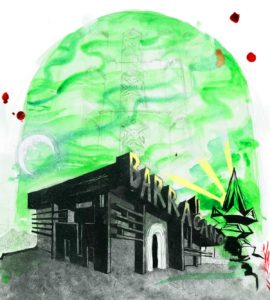 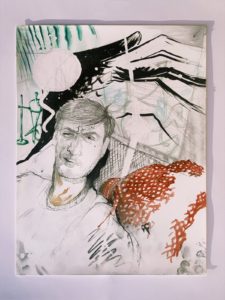