The German artist Joachim Schmid returns to the P420 gallery in Bologna with a solo exhibition open until 6 March. In the two rooms photographic works are exhibited, yet Schmid does not define himself as a photographer.

He is one of the pioneers of Found Photography: since the early 1980s he has dedicated himself to the systematic collection of photographs of others, amateur shots that popular culture generates for the most different purposes and that he saves from the street and from destruction and forgetfulness.

“No new photographs until all the existing ones have been used“: this is how the artist summarizes the meaning of his work in a text from 1989. A life dedicated to photography, that of others though. His attention is not directed to the photography of the masters exhibited in museums, but to everyone’s shots, which are not born to become works of art and which are often “left out”.

With almost maniacal care, he searches flea markets, on the street, in archives, among people, and takes shots that he then archives and catalogs (with a progressive number and an indication of when and where they were found).

Who took the photographs on display in the gallery? We cannot know, on the other hand, neither does the artist, who in fact states: “all I know about them is the place and date of discovery, the rest is imagination“.

The mystery that leaves the green light to the imagination is the key to all of Schmid’s work. Imagine who took the photo, imagine the stories of those who are portrayed there, imagine the reason why it was then sometimes torn and thrown away.

The freedom of each to interpret in their own way the meanings hidden behind the photographs is what makes visitors participate and active.

Bilder von der Straße (Images from the street) – which occupies the entire second room of the gallery – is a project begun in 1982 and completed in 2012, which includes a thousand photographs collected by the artist during his travels around the world. For thirty years Schmid has recovered abandoned or lost photos from the sidewalks of 123 cities and arranged them in chronological order on archival paper with an indication of the place and date of discovery.

Much space is given to chance, in fact, no selection processes have been used. On the walls – and in a video that summarizes the entire project – a real museum of images that constitute pieces of an archive of memory. It is an attempt to rescue photographic waste.

Some of the photos, in fact, are made up of recomposed fragments of memories that someone wanted to get rid of. It is inevitable to give free rein to the imagination and imagine what was hidden behind those images worn out by time, by atmospheric agents or torn and thrown away. Each element is a trace from which to start imagining a thousand different potential stories, in some of which you can find yourself.

The artist, who in this case has recomposed fragments of torn photos, in other cases has performed the reverse operation. In Staticts (1995 – 2003), for example, he personally destroys various printed material (advertisements, postcards, magazine pages …) by passing them through a paper shredder and reassembling them in a new, almost abstract guise. This intervention can be read as the artist’s response to the visual pollution to which contemporary society subjects us.

An exception to being a non-photographer can be found in Zur Theorie der Fotografie (1986). In this work, the artist re-photographs the back of some snapshots found in a flea market that show writings and notes of the previous owners. The 36 black and white photographs are framed and arranged on a table top in the first room of the gallery. The starting point, in this case, is the verbal language, represented by the handwriting of unknown persons, which however is inextricably linked to the photographic one, present even if hidden.

There is also a material focus on photography, considered not only as an image, but also as an object and as such destructible – as we have seen – and, as in this case, equipped with a front and a back. The artist chooses to deny us the image and to let our imagination create its own personal vision, starting from the simple words of people unaware that their thoughts would be read by many.

In their naivety, these phrases could constitute material for a theory of popular photography, as indicated by the artist in the title of the work.

At the entrance is exhibited one of the most recent works: Il Mare (2018) which in 30 black and white prints contrasts the wild nature of the sea waves with the linearity of the pages of a second-hand book with the same title that the artist has bought in a shop in Rome.

Just turn around to see other photographs on the opposite wall in which the sea appears again, albeit in a decidedly less poetic key. This is the Meetings series (2003-2007) which collects images of pre-packaged scenes of paradise life provided by tourist village operators. It’s like taking a trip to Postcardland, where happy couples have fun on the beach, sipping cocktails at sunset.

Schmid’s work invites us to reflect on how the role of photography has changed: from a past in which importance was given to every single shot as a tool for preserving memory, to the abuse that is made of it in everyday life. The artist himself states: “The action of photographing is like breathing, you don’t notice it anymore“. The exhibition, for its part, represents an excellent opportunity to breathe again in photography, to return to notice it. 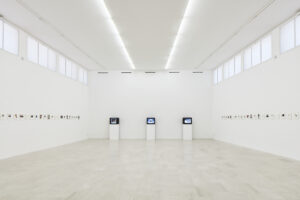 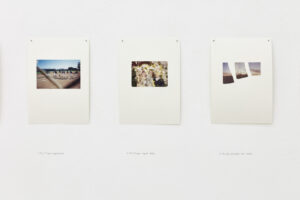 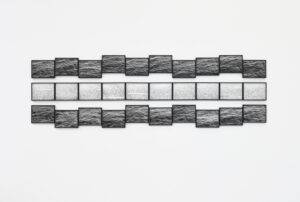 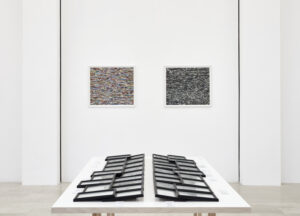 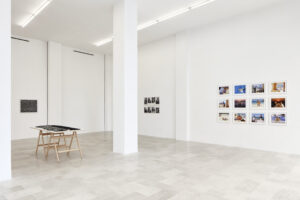 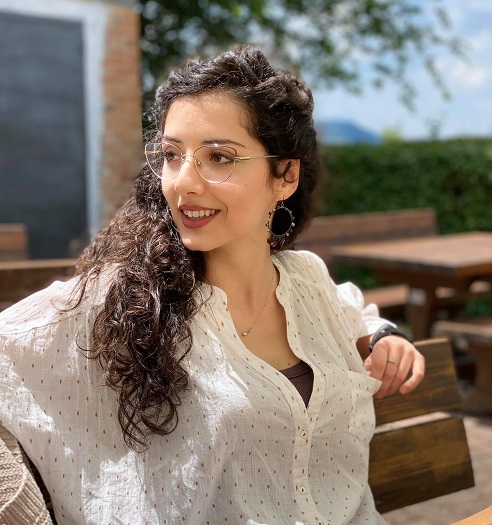 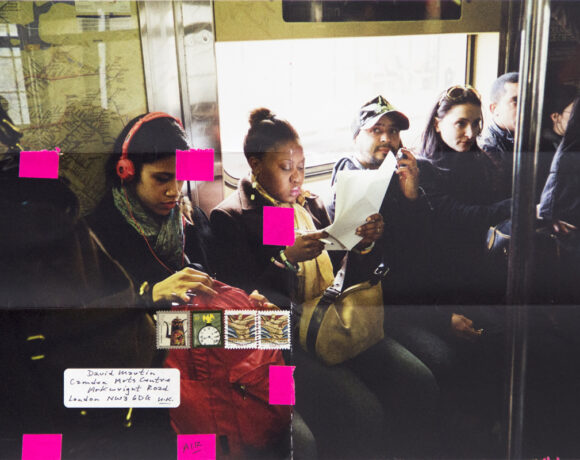