FAILE is an artistic duo, whose members are Patrick McNeil (1975, Edmonton, Canada) and Patrick Miller (1976, Minneapolis, United States) and whose operational headquarters are in Brooklyn (New York). Their name is an anagram of their first project, “A life”. Although their first official recognition dates back to 2008, when they made a public intervention for the Tate Modern in London, from the beginning of this partnership, in 1999, FAILE is considered a significant example of so-called urban art, and their work is recognized for a multimedia practice characterized by a fragmented style of appropriation and collage (actually quite common to all contemporary mural painting, contaminated by sign experiences of any kind). However, although painting and engraving remain at the center of their expressive language, in the last ten years FAILE has adapted its “pop” iconography to a wide range of materials and techniques, overflowing in the field of sculpture and installation and without forget the obvious contaminations with “high” culture and (in the background) the subtle criticisms of mass consumerism.

In the time in which doing exhibitions with vernissages and ritual speeches has become practically impossible, a proposal of this type, outdoors and usable without having to enter an enclosed space (if not even in a closed building, for which the famous the phrase “knock and it will be opened to you”, in times of pandemic, no longer makes any sense) is certainly a joy for the eyes. In truth, during 2020, FAILE managed to organize an exhibition in the Galerie Danysz in Paris, but the most notable aspect is that the project carried out (in 2018) for the external facades of the MAMCS (Strasbourg) is still standing and fully visible. The intervention was commissioned on the occasion of the celebration of the twentieth anniversary of the Museum (which houses a total of 18 thousand works, an art library, an auditorium and a terrace with coffee and splendid views), since it was founded in 1973, but the new and welcoming building (designed by AFA Architecture Workshops, Adrien Fainsilber et Associés) was inaugurated in 1998.

FAILE’s project for MAMCS is a kind of epic tale dedicated to the city of Strasbourg, a narrative in which the figures of Queen Marie Antoinette, the artist Hans Arp, the river Rhine as a mythical deity and the wandering devil appear in the background disturbing and hindering the normal life of the community. Do not miss the stork that flies in “Born on currents” or the direct and precise reference to roofs and old houses (nostalgic note of a past that slowly tends to disappear or flatten itself on the indistinct present) that characterize the historic center (yes see “From the air” and “On rooftops”). This is an intervention that extends over almost a thousand square meters of surface overall and the entire project was developed using only the binary contrast of black and white, as in the most beautiful gothic comics. As if to say, everything is played in a radical contrast between figure and background and with well-determined sequences, as in the strip of cartoons. In fact, there is no lack of interplay between text (which is obviously calligraphic and irregular, that is, non-uniform) and image, also because the entire project originates from a poem written by FAILE and dedicated to the city of Strasbourg. Of course, the possibility of sinking into these images is not scarce, letting oneself be sucked in and enjoying the expressive efficacy of the flowing sign and without paying too much attention to the meaning of history: in fact this is a bit of what has already happened with the Valentina of Crepax. 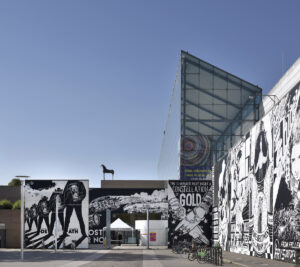 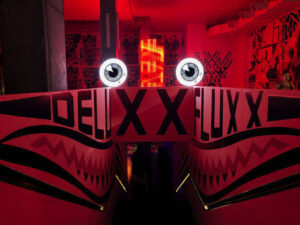 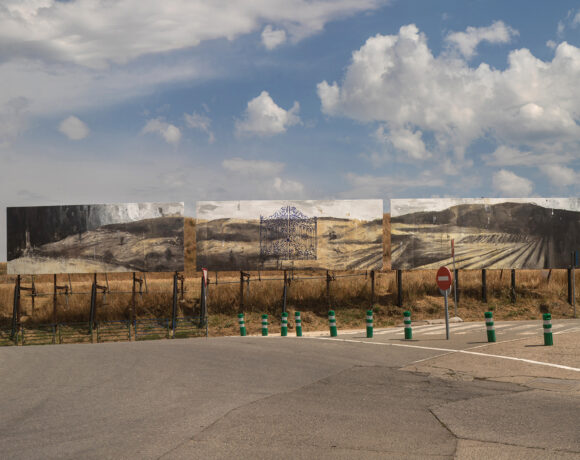 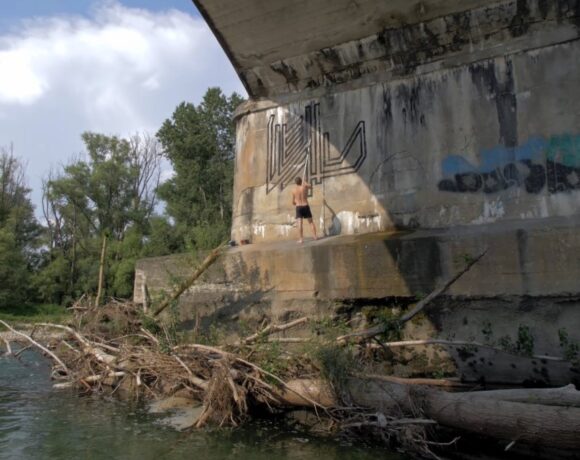 Link Hg: Remains of the present, future ruins. The abandoned places from Piranesi to post graffiti 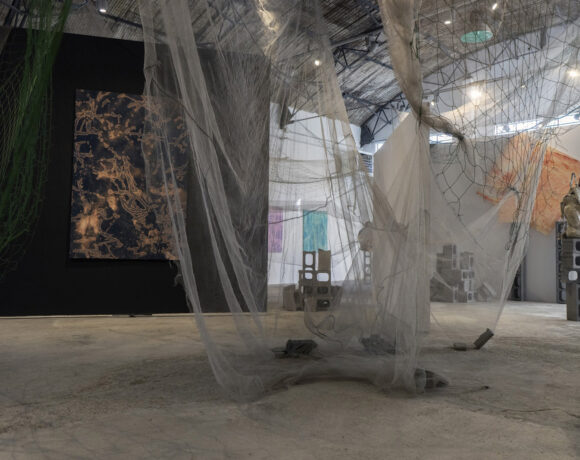