Vian Borchert. Painting as a m..

The Ara Pacis Museum in Rome hosts the only Italian stage of the exhibition Josef Koudelka. Roots. Evidence of history, Enigma of beauty, a project conceived for over thirty years by the famous Czech photographer, then naturalized French, Josef Koudelka, and emerged on the trail of a series of investigations on archaeological sites along the Mediterranean sea in search of the values ​​of civilization. As already seen from his photographs on the Soviet invasion of Prague in 1969, Koudelka has been able to distinguish himself for his choice of photographing certain themes and thinking about photography not only as a document but rather as a philosophical thought and an act. This has earned him the recognition of the Robert Capa Medal Gold for Photography and the appointment of Commandeur de l’Ordre des Arts et des Lettres by the French Minister for Culture and Communications in 2012, in addition to the famous awards obtained with Magnum Photos.

With Roots, Koudelka confirms his idea of ​​thinking about photography through philosophy, focusing on the Mediterranean culture by following a path that began in Delphi in 1991 and extended along the coasts of Syria, Greece, Turkey, Lebanon, Cyprus, Israel , Jordan, Egypt, Libya, Tunisia, Algeria, Morocco, Portugal, Spain, France, Albania, Croatia and Italy until his last image of the ruins of Petra in Jordan in 2018. The photographs of Radici ‘speak’ of the unmistakable style of Koudelka which consists in a radical positioning, the preferred use of the panoramic view and the use of a black and white photographic register.

At the Ara Pacis Museum, in the words of Alessandra Mauro, curator of the exhibition as the artistic director of Contrasto, the exhibition was conceived by assonances and contrasts, suggesting the walk on an archaeological landscape. A rarefied and meditative atmosphere pervades the environment of the exhibition which is full of thoughts as evoked by Koudelka’s photographs of the Mediterranean landscape. They are panoramas of silent and solitary views, evoking the suspended time of ruins and fragments translated into a black and white image. They are panoramas of distant places and in this sense, they cast a new look at the ruins which is not understood in terms of nostalgia, but with the aim of evoking the magnificence of memory precisely in reason of their fragmentation, an approach that could not be better captured if not through the language of photography.  In this sense, Koudelka’s radical point of view translates into a privileged viewpoint, the only one able to capture the evolution of history through the instant of the photographic image. Similarly, the choice of privileging a black and white stylistic code sounds like a warning aimed to grasp the enigma, the mystery and the enchantment of history through the sign imprinted on the photographic image.

Koudelka’s panoramas invite to a distant journey that touches on sacred places celebrations, such as for the shooting of the sanctuary of Athena Pronaia (1991) where a series of stacked Doric columns follow one another, against the backdrop of rocky mountains on the horizon. Koudelka’s photographic shot focuses on the architectural details of ruins as they are immersed in their landscape to suggest a strong and evocative presence by revisiting places such as temples, theaters, orchestra, and forums. The homage to the heliocentric culture of the Mediterranean is at the basis of Koudelka’s photographs as it is suggested by the images of the city of Heliopolis, in Lebanon, 2012, evoking an idea of ​​photography through distant times and memory. In Koudelka’s images, the presence of human beings, although absent, is strongly perceived only because of the legacy of human works and this thought underpins his images of aqueducts, city walls, trade routes, and places of burial.

In particular, the exhibition pays attention to Koudelka’s photographs conceived during his visit to Italy where he focused on the archaeological sites of Segesta and Agrigento (2012), Pompei (2012) and later on the famous ruins of Imperial Rome, capturing the feeling of places such as the Temple of Castor and Pollux, the Domus Augustana, the Flavian Amphitheater, and the surroundings of Villa Tivoli Villa Adriana (2015) and the Archaeological Park of Ostia Antica (2015) where one can perceive an exemplary way of contextualizing photography.

Koudelka’s images lend themselves to both documentary and poetic readings because they ‘speak’ about photography as philosophy. This approach is remarked by the docu-film, Obbedire al Sole (Obey the Sun), directed by the Turkish photographer Coşkun Aşar, which captures Koudelka’s journey into the past in search of an image and its immaterial value. This is confirmed by the publication of the book Radici/Roots published by Contrasto, with critical contributions by Franco Farinelli, Héloïse Conésa, Bernard Latarjet and Alain Schnapp, which documents the extraordinary photographic journey Koudelka who, like a modern Ulysses, searches for the roots of history and civilization through the powerful language of photography.

The exhibition was made possible by the support of Roma Culture, Sovrintendenza Capitolina ai Beni Culturali, Contrasto and Magnum Photos, with the organization of Contrasto e Zètema Progetto Cultura and the collaboration of Villa Medici. Académie de France à Rome e Centro Ceco. 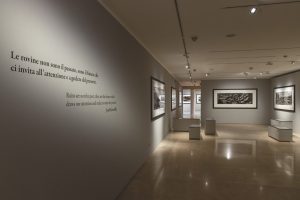 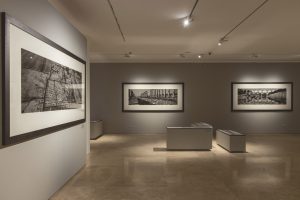 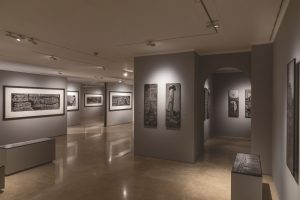 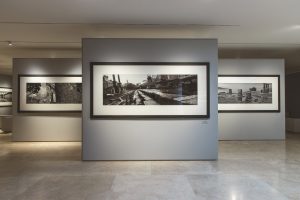 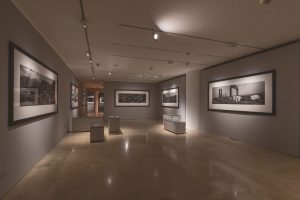