Fondazione Bonotto returns to Paris with another project to support and spread Sound Poetry. After the creation of Prix Littéraire Bernard Heidsieck-Centre Pompidou, an award dedicated to forms of no-book literature, on the International Poetry Day, on March 21, opens La voix libérée – Poésie sonore at one of the most important institutions in Europe, Palais de Tokyo.

We talked about it with Patrizio Peterlini, Fondazione Bonotto’s director and curator of the exhibition together with Eric Mangion.

How can “sound” be exhibited? How is the exhibition telling the path of sound poetry, from its birth in the 1950s to contemporary expressions? Artists called to participate belong to yesterday and today, between the voices of the past and the continuity of the practices and experiments of contemporary poets. Is this an attempt to highlight the continuity of sound poetry in the artists who still use words and sounds to express themselves?
Exhibiting the sound is certainly a challenge. The solution came from the performative aspect that characterizes the Sound Poetry.
If it is true that those works circulate only and exclusively in the form of disk, or other support, and that the Sound Poetry has developed thanks to the diffusion of economic means of recording, it is in the live execution that it finds its most significant dimension. This is why we have chosen an extremely radical form. “La Voix Libérée” will be a real experience for the visitor, who will find himself alone, in a practically dark and empty room, “forced” to listen to sound. So not an exposed sound but a sound to which one is exposed, and which makes the visitor’s body vibrate. A sound wave that impacts the visitor’s body and propagates into space, inside and outside the Palais de Tokyo.
The idea of ​​the sound wave is central throughout the exhibition.
The history of the development of Sound Poetry will also be presented in the form of a diagram, developed by Anette Lenz, visually presented as audio wave. A story that certainly finds its origins in the Dada and Futurist phonetic experiments but which, in fact, only begins with the advent of the first tape recorders.
For this reason, in addition to the most important events related to Sound Poetry, the main moments of development of audio recording techniques are presented in the diagram realized by Anette Lenz. From the birth of the Vocoder to the advent of digital MP3, WAW media etc.
A story that never stops to develop and that finds many young artists, all over the world, committed to renew it. This continuity highlights the contemporaneity of a practice that still allows a great freedom of expression and research. Once again poetry seems to be the only practice by which the human being, in his own singularity, can go beyond all limits and taboo and freely express himself.

The exhibition has a rich side program, in particular a performance day on April 27th in which six of the most dynamic contemporary poets on the international scene are invited: Tomomi Adachi (J), Zuzana Husarova (SK) Giovanni Fontana (I), Katalin Ladik (H), Violaine Lochu (FR) and Joerg Piringer (A). What is it about?
The whole project was conceived as a sound wave that, starting from the Palais de Tokyo as an emission point, spreads throughout the world. For this reason, we have created an international network of radios, websites and spaces dedicated to poetry and art, which during the period of the exhibition will re-launch the audio presented in the exhibition. We can think of this set of places and radios as several antennas ready to receive the signal emitted by the Palais de Tokyo and relaunch it in the world: from Zambia to Brazil, from Mexico to Slovenia, from Portugal to the United States. I have to say that everyone’s enthusiasm for the project was extremely surprising. We did not expect so much interest in a topic that, after all, is still a niche.
We organized also a performance day that will be live broadcasted on several radio stations. The six protagonists you mentioned in the question reflect the general trans-historical setting of the exhibition. Three “historical” masters: Fontana, Ladik and Adachi, will alternate with three young performers: Husarova, Lochu and Piringer offering completely different approaches. For us it was important, not only to highlight the continuity that characterizes this research, but also to offer to the audience a live experience.

The catalogue too has a sound aspect: indeed you have realized an app containing a series of tracks of historical recordings and some more contemporary. How to create a “sound” catalogue?
Publishing a disc or a CD could have been a solution. However, we have thought about a more contemporary and innovative medium, an aspect that is always important for the Fondazione Bonotto. Finding new ways, perhaps unusual and surprising, of enhancing and proposing the works and historical topics preserved in the Luigi Bonotto Collection is a constant thought for us. From this point of view, the APP offers us extraordinary possibilities. The first, for example, is the possibility of reaching a potentially unlimited audience. Anyone, all over the world, starting from the opening day of the show, could freely download “La Voix Libérée” APP on their smartphone or tablet, having free access to all the audio presented in the exhibition. The second one, closely linked to the first, is the possibility of reaching a young audience, more used to information through electronic devices than on “moldy” catalogs or “old” records. Finally, the APP can be updated. It could be considered as a changing catalog, which grows over time by presenting new audios. In fact, our ambition is for the project to circulate around the world and grow. 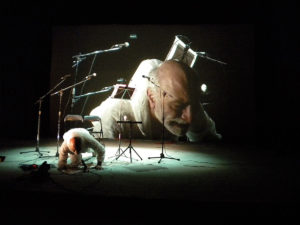 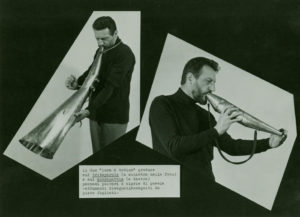 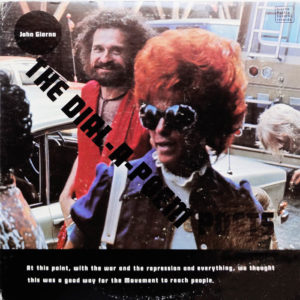 After a degree in Foreign Languages and Literatures, she specialized in Economics and Management of Arts and Cultural Activities at the Cà Foscari University of Venice. She has collaborated with several contemporary art galleries, museums and private foundations in Paris and Amsterdam, before returning to Venice. After a few years working with the Bonotto Foundation (Molvena), she is working as a gallery assistant at GALLLERIAPIU (Bologna).