The complexity of human beings.. 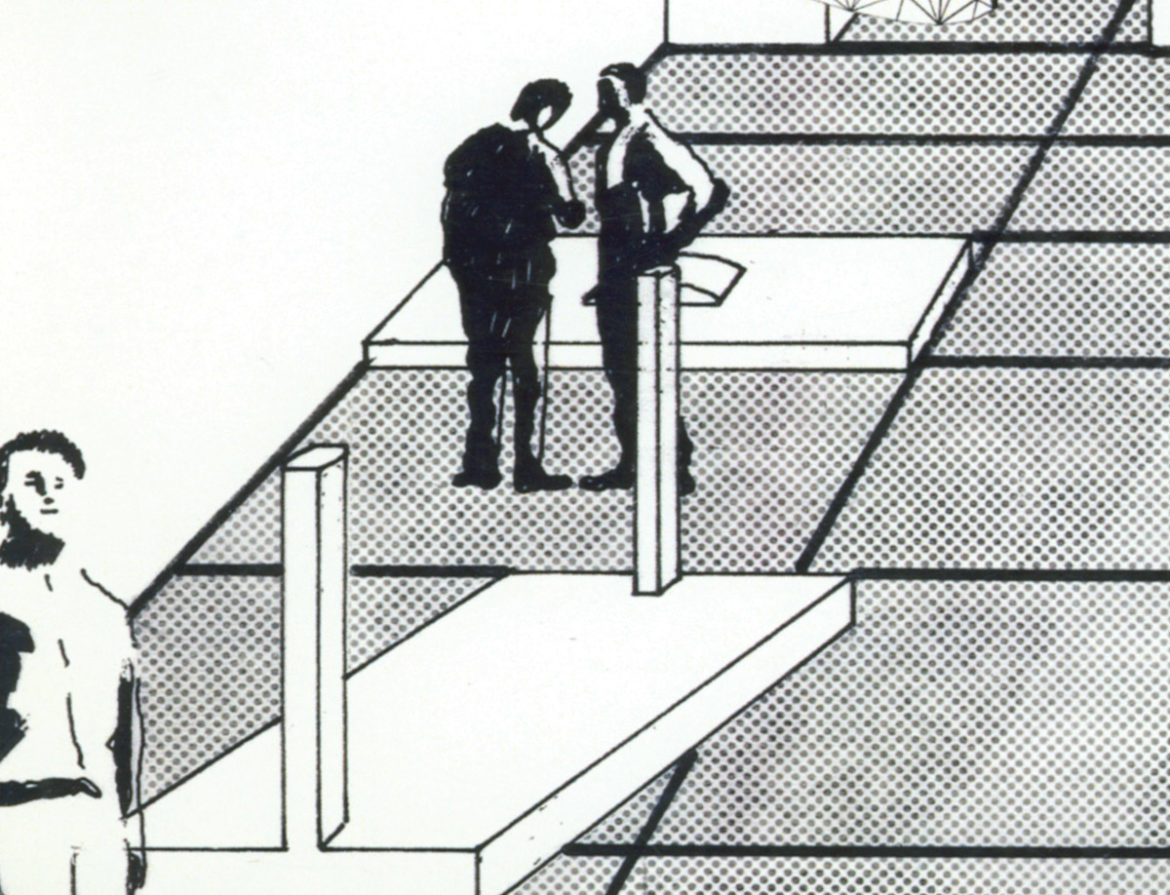 “L’Arengario Studio Bibliografico” stands as a specialized cornerstone for the research and collection of material about visual art. This reality was born in the 80’s since Paolo and Bruno Tonini, two brothers, founded it.
Since then, they focused on the exploration of the “documented material collection” dimension. As Paolo says “the interest is archeological: the living testament is something that involves ourselves intimately, a fragment of collective memory.
Dealing with one of the most particular, wide and rich archive of Italy, Tonini brothers, used to establish themselves in this specific landscape through a very personal and radical passion that emerges into their principal professional activity.
The main studio-achieve took place in a close area of Gussago but at the same time they usually conceive an expositive place, in order to give visibility to the material-achieve. They collaborate with the 17.2 artgallery, situated in Brescia (we can remember quickly the recent exhibitions which took place at the gallery about Gino de Dominicis and “Minimal Art).
The gallery settles down an expositive place in the middle of the town of Brescia, completely focused and dedicated to the possibility to give visibility to their archive’s material mostly about artistic and literary Avantguardes from the 1900s, like catalogues, photographs, posters, authorial books and original documents, becoming for this reason a melting point for collectors, curators, researchers and lovers.
It is extremely interesting for the contextual interview to discover the necessity of re-collecting material about the work of many artists which are especially keen on a very intimate and experimental shade of the “art process” that researches the reflexion, the dialogue, and the analysis on and about the thought, the action, the idea. For this reason, documents become a fundamental and communicative instrument, as the artwork itself.
These situations and the relative material involve many different artist, from Concrete and Conceptual Art as well as Land Art, just to quote some of them, we talk about the work of some artists like Richard Serra, Carl Andre, Walter de Maria, Donald Judd, artists as Michael Heizner and Richard Long. To continue Giovanni Anselmo, Giulio Paolini, Jannis Kounellis, Robert Morris, Agnes Martin, Gino de Dominicis, George Maciunas, Joseph Kosuth. Architects and designer’s documents like Sottsass, magazines like Casabella and Archizoom, until the studies of Ugo la Pietra and the posters of Joseph Beuys.
Many other artistic, cultural, ideologic and political movements as Lettrism and Situationism, Cinetic Art, Bauhaus, Fluxus, Concrete, Visual and Auditory Poetry, Minimal Art, and also Surrealism, avant-garde Theatre, Radical Architecture and experimental Cinema.
The archive enriches itself with multiple historical periods, with artistic inclinations as Futurism, Dada and Viennese Actionism, revealing itself through monumental catalogues, original and historical photos, but especially through sketches, concert or happening posters, exhibitions invites, artist’s book, political declarations and so on.
The upcoming dialogue is related to the concept of the “simulacrum” images and objects, ephemeral and fleeting, hold in a moving “dedalo”, as principal cause of a need to return to a “common possession” thought a re-approach or a rescue of a nostalgic feeling, as a sort of “processing of mourning”.
We had the opportunity to have a conversation with Paolo about some of the principal dynamics that manage the dimension of their activity and passion, also the will of giving birth to the activity until the economic mechanism that coordinate the collecting and art world.

Vanessa Ignoti: How did your activity develop? Was it more about the desire to “collect” or to “spread”?
Paolo Tonini: According to me it was neither one nor the other: the decision to get involved into the stands of Vittoria square, was initially influenced by the need to gain money to live, help and support my family, which was composed by five of us, living with my dad’s salary, a post office’s employee. I was twenty and I just postponed my travel to Paris and the revolution. Bruno supported me after just some years. Then the revolution never took place and I travelled to Paris for the very first time, one night with the aim to deliver the “litolatta” by Munari.
The activity developed by itself, throughout books and documents that we were constantly looking for and found out just following our tastes – which were the most extravagant and different ones – just only with the desire to know and learn.
The main aim was to preserve what is very important and destined for oblivion; and gradually discuss about doubts and discoveries with those who were used to buy this material: collectors, researchers, public, private Institutions and so on.
Is it possible to consult a chronologic report of our very first years here: http://www.arengario.it/754-2/

Nowadays, posters became paintings, invitations became a memory to frame, artist’s book became sculptures, the pictures of the performances became artworks themselves: according to you, what kind of value they hold, since they are considerable the last and only testimonies of artistic situations, where usually the “documenting process” were occasional and limited?
The value is held in the testimony: the piece of paper and the object, artworks, sketches or fragments, everything that certify a signifying event: happiness’ trace, tragedy’s traces, magnificence’s traces or horror’s traces, these traces are our humanity. Their value is the same of the archeological evidences, the substance instead of the appearance of a culture. The question that the value is quantifed by the price is practice: an economic business exists also as a price matters, that can be or not took in consideration.

I’d like to quote a famous essay from Walter Benjamin “The Work of Art in the Age of Mechanical Reproduction”, which declared how the advent of the new reproduction mediums, as the photography, could have caused a doubt and a theft to the value of authenticity of the artwork, hic et nunc and “aurea”. Photos became the artworks themselves. Do you see a sort of ambiguity in the relationship between the concept of authenticity and reproduction, especially in the reporting process of “happening” and “performance”?
According to me, there’s no ambiguity at all because the reproduction is not the original. For sure we cannot exclude the fact that there are perfect reproductions – but in this case, we will assume them as the originals!
For example: what does it mean for us “authentic” photo? The answer is undeniable: the one taken from the negative.
However the value of the old “vintage” photos can’t be comparable to the contemporary printed photos.
So, are there two kind of authenticity? No, there’s only an original one: the trace, the old evidence. The original artwork or object is, first of all, the elderly produced. How can we recognize it? This is the key point of the question: we need the necessary historical and technical knowledges.

In the latest years we recognize a strong interest towards the visual artistic documents, especially in Italy, linked to the specialized sphere of Arte Povera and Concret Art.
According to you, what was the principal aim of re-discovering private letters or exhibitions’ invitations?
As I said, the main interest is archeological: they are a living testimony of something that belongs to us intimately, a fragment of collective’s memory which speaks to us with its own humble existence, without any clamor or rhetoric, about the fact that, that event, that history, that pain, that passion, that failure, that hope, that intent, that happiness or that desperation really happened and they still talk us and their struggle to have been listened, understood and loved.

How do you usually approach to the collecting business?
Is it undeniable that there’s a business and a money evaluation concerning these evidences, but I also said that it could be relevant or not.
In between the low and the highest part, we have always considered ourselves in the lowest part. For example, all our catalogues were born from our personal tastes and never form the public consideration.
We used to deal with almost unknown arguments but we were very interested in them, and subsequently the catalogue became, for us, a bibliographic source and a fundamental step for our personal knowledge. Once the subject was chosen, the research started: we started looking for material. We travelled along Italy and Europe (nowadays with the internet is not necessary anymore), every time with the same enthusiasm of the neophytes. Then, the second part, expected the analysis and a detailed registration by the prices (usually you didn’t find any price comparison), and finally we managed the design, the layout and the printing of the ending artwork (all our catalogues are designed and realized by us). 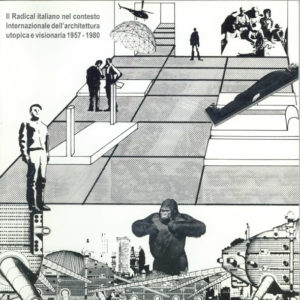 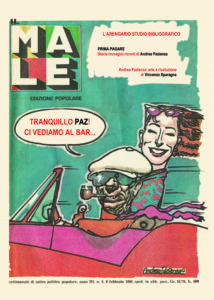 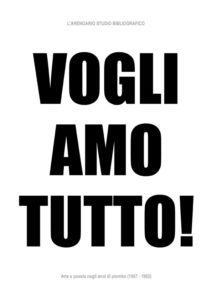 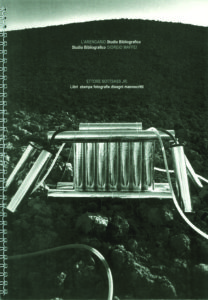 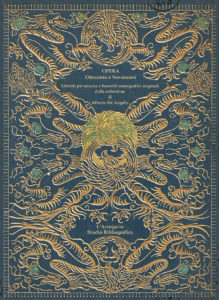