Luca Sciortino is a writer with a passion for photography whose philosophical research is focused on historical epistemology and in particular on the different ways of knowing that have emerged in the history of human thought. In this sense the book “Portrait of the soul of the world. Essay on reality in thoughts and images”, presented last December 8th at RArte Gallery, published by “Il Torchio”, with a preface by Ludmilla Barrand, professor of Art Theory at the École Nationale Supérieure des Beaux-arts in Lyon.

The exhibition seeks to pull together the highlights of the history of philosophical thought concerning the human being and the universe, so if a man’s soul can be thought of as the totality of the traits that make up his personality, then also that of the universe can be imagined as a complex of distinctive features and disposable traces in the world of phenomena.

The shots in the exhibition capture the soul of the world through moments of daily life, atmospheres and lights that radiate or make our cities more mysterious, landscapes that infuse the soul of those who admire them with a timeless beauty. On the other hand it is always a matter of gaze – as Sciortino maintains – we must start from the look and our ability to grasp harmony in the world.

When was the idea for this book born?
In a sense, the book “Portrait of the soul of the world” was born reflecting on a phrase by the philosopher and psychoanalyst James Hillman. According to the latter, there are events that reveal the anima mundi, the soul of the universe. A “rich” life is one that is capable of capturing these events: for Hillman we should cross the world as a tribal hunter, or a botanist, or a gold digger, that is, we should scrutinize things carefully and grasp their soul, the reflection of soul of the cosmos. I imagined this as a complex of distinctive traits of the universe, traits that somehow characterize it, just as a certain character characterizes one person and not another. I then asked myself: what are the events that suggest or reveal some of the features? In what sense do they differ from other events that are lost in the indistinct and uninterrupted flow of time? How do we identify them? And why are we excited? In the book, the answer is articulated in words and images: some travel and reportage photographs have helped me identify some of the ways to reveal something that we might call a fragment of the soul of the world. And so in some images certain trees reveal a distinctive character of phenomena: the will, the desire to objectify, to manifest, to live, which pervades the cosmos. In others the sea offers itself as a metaphor for a universe with a soul. In others we note the presence of gestures that are the same everywhere in the world and therefore reveal a soul. In short, in the book I show in words and images how certain things or events suggest the existence of a soul in the cosmos. It could be said that the book talks about ways to reveal beauty and our ability to capture it.

What is Art for you?
Hoping not to simplify too much, I would say that the artist transforms reality according to rules that he himself creates, so as to express particular emotions or ideas. The photographic exhibition and the individual photographs that compose it are the result of an operation of this type. For example, the gesture of a mother adjusting her child’s hat smiling, taken in a village in the Ukrainian countryside, is a gesture that is found in every culture. The photo that portrays this scene is a transformation of reality into a digital image that wants to show a way of revealing the soul of the world, through gestures that are universal. Then, the photographic exhibition in its entirety assembles different images in a certain particular way to express an idea, that the soul of the world reveals to us in many ways.

What are the photos of the show that you think best represent the spirit of our time?
I am thinking, for example, about the photo of a refugee family on the rocks near Beirut facing the sea at sunset. That family dreamed of Europe. This dream, the common dream of the human species to go to other places to seek ones own happiness is another trait of the soul of the world. And it is a trait that appears even more evident in this era of migrations.

So the soul of the world can be better understood through photography than painting?
No, I wouldn’t say. It seems to me that a photographer, if he wants to show ways of revealing the soul of the world, must necessarily look for them and be able to take the right moment. But it is all artists who are attentive to catching certain moments: for example, this is the distinctive quality of poets, as I showed in the book.

Who sees the human being more correctly? Photography, painting, conceptual art, digital media?
I believe that there are different perspectives from which to look at all human beings as plausible and necessary. There are probably things about the human being that can only be said using an artistic language rather than another. Anthropologist Gregory Bateson loved to repeat a phrase by the American dancer Isadora Duncan: “If I could tell you what it meant, there would be no point in dancing it”. I have accompanied my essay “Portrait of the soul of the world” with photographs in order to express what I could not say with writing or because it was useful to juxtapose representation with narration.

What are your next commitments?
To now carry around Italy my “Portrait of the soul of the world” project, which consists of a series of photographic exhibitions and the presentation of the book, and then continue to teach and write books.

What is your greatest wish in relation to the essay realized?
To convey to the reader the importance of the look. From our way of looking at the world depends our relationship with it and therefore the ability to respect it. Think of nature itself. It has never been so necessary as today to build a new relationship with it. This can only start from the look.

As a traveler do you think that the cities with their architectures end up resembling each other so much that the differences are lost?
Yes, absolutely. There is a tendency towards homologation that scares me. Making places all the same to each other means destroying them, depriving them of their genius loci, which is their spirit.

Which shots of the show excited you the most? Which do you feel you belong to more deeply?
A photo shows a group of little girls running around laughing on a bank of the Ganges with the sun rising behind them. I don’t know where they came from, they suddenly emerged from a horizon unknown to me, at dawn. All around there were the fires of the dead, the beggar children, the suffering. That race, that coming as … in being … suddenly, surprised me. Here, the appearance all of a sudden, the breaking on the scene, the tenfold increase in vital forces with exceptional impetus characterizes a particular way in which the phenomena occur in particular moments. It is as if the universe was plotting to surprise us, as if it had its own soul that expresses itself at some point without us waiting for it. 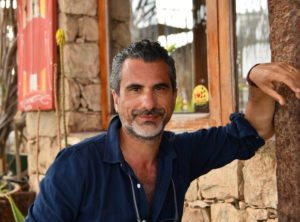 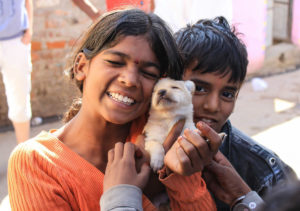 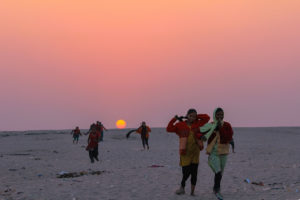 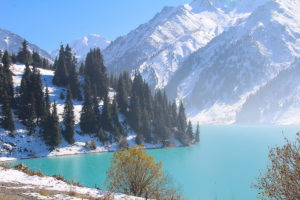 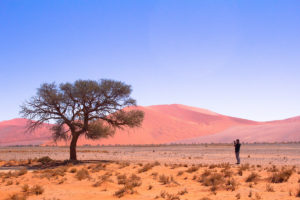 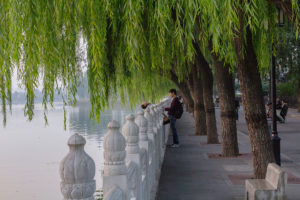 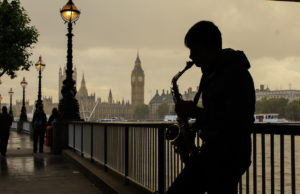