A new way of understanding art..

Kathryn Weir at the Madre muse..

“Our diet – whatever it is – is a real sculpture, a process of formalization of the world, a way of casting energies obtained by making choices concerning taste, belonging and ideology.” (Luca Trevisani)

Luca Trevisani returns to Pinksummer gallery in Genoa, this time with a more than “personal” exhibition, entitled In Bocca; personal as the artist in the period of lockdown, due to Covid, collected in his daily life and began to put aside what he ate – food scraps, vegetable and fruit remains (avocado, aubergines, pumpkins, coconuts, lemons etc.) – to transform them into works of art. Partly squeezed, partly used as molds, others dried, sculpted, processed and emptied with care. The artist did all this as if it were a prayer, a thanks to the world that allowed him to feed himself, he made everything that is “left” a relic and fossil.

In the gallery we find 4 two-dimensional murals and 3 sculptures, for a total of 7 (an important number because it recurs throughout the exhibition). The 4 two-dimensional works were made with cotton paper dyed with liquid food leftovers and printed with citrus fruits, thus composing real paper mandalas.

The colors we recognize in some of his works make us think that the artist used vegetables and also spices, such as curry or turmeric; the colors that stand out, with warm tones, make the works welcoming, as the shapes that derive from them do: rounded and with irregular edges they create designs similar to flowering meadows or at first glance they would even suggest elements enlarged under the microscope. The viewer at the sight of these works feels welcomed, cradled, as if he already knew what he is seeing, even if the forms are all totally different from each other and even new for the beholder; this is the artist’s ability: to make familiar what is actually quite unusual.

The 3 large sculptures distributed in the space, one installed on the wall and the other 2 resting on the ground, are actually 3 transparent showcases / bookcases) containing exactly 7 natural elements each: dried and emptied fruit and vegetables; the support of the display cases is made of wood, a natural material that perfectly blends with the food on display and with the small stabilized bases in gold leaf that contain some of the elements.

Luca Trevisani has created real “Magic Relics”, as he defines them, transforming “the wet into dry, the soft into eternity”, telling a story about the cycle of life, about the transformation over time: ashes to ashes, dust to dust. The elements, such as the precious objects, are displayed in a very precise and accurate way, as well as the meticulous preparation and the artist’s desire to have the floor and walls all entirely white: the true concept of White cube, in order not to distract the eye from the works and to focus exclusively on them and their infinite details.

Luca Trevisani defines himself as a sculptor, in this case a sculptor of food, for him there is not only the processing of food as an end in itself, but there is a choice of taste and belonging; working with what keeps us alive makes us understand who we are, without waste, without using excess material. The artist wants to convert the process of food transformation into an ethical and political teaching, observing the cycle of the seasons and thus studying the evolution of a food and its change, without being nostalgic, but objective and constructive.

The dried material is initially docile, as the artist says, but with the passage of time it becomes hostile and difficult to work: fragile (in the hands) and at the same time strong (emotionally). The link with time in this exhibition is very strong and the relationship with the concept of transformation / passage is even more so. Evolution, birth, life, death, ritual, unconscious and spirituality are notions that reside throughout the journey.

What makes us think specifically of spirituality is certainly the composition of 7 elements inside the first reliquary that can foreshadow, among the various interpretations, also the shape of a “Nativity scene” (Giuseppe, Maria and the Child Jesus in the center… and around smaller elements); it could also be a reference to birth in general or in any case a connection to life.

The number 7, which recurs its display cases, is the perfect number par excellence, it takes up the 7 gifts of the Holy Spirit of Christianity, but also the Buddhist one, 7 is the union between divine and profane (3 divine number + 4 profane number ), but 7 are also the deadly sins. And so we return to the initial number: 7, like the works throughout the exhibition and not just the elements inside the display cases. Like a circle, like the cycle of life, we always go back to the origins.

In this exhibition Luca Trevisani also points the finger at a society that makes food a fashion, a way of performing, where eating is no longer simply a rite of coexistence but a real sad and aggressive fanaticism; sitting at the table has always been ceremonial, but now in this century it has become the exaltation of a social or successful position, a way to stand out in front of everyone and everything. The exhibition invites the visitor to open up to their wounds, to expose themselves to their discomforts, to join their frustrations and therefore does not propose a solution to their problems, this is because perhaps it is necessary to know the origin of the discomfort and then resolve it only later, if the genesis of the malaise is not known, it cannot even be resolved.

Luca Trevisani does the same thing with food, he brings it back to its essentials, removes the juice and causes wounds, opens the pumpkins, the coconuts and brings them theirs initial material; cleaning the soft and welcoming interior of the elements, we find the hard part, the part that is compared to the wound. Nothing is left to chance in this exhibition, everything is studied in detail, a ritual, an exhibition of what remains of the food we have consumed and of a society that is consumed by the food itself, by a way of life that is no longer compared to survival but the exasperation of performing. 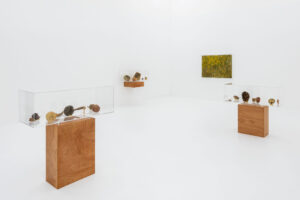 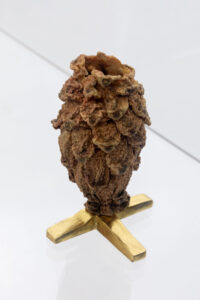 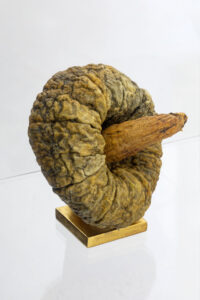 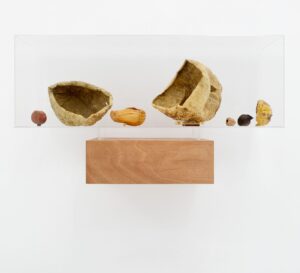 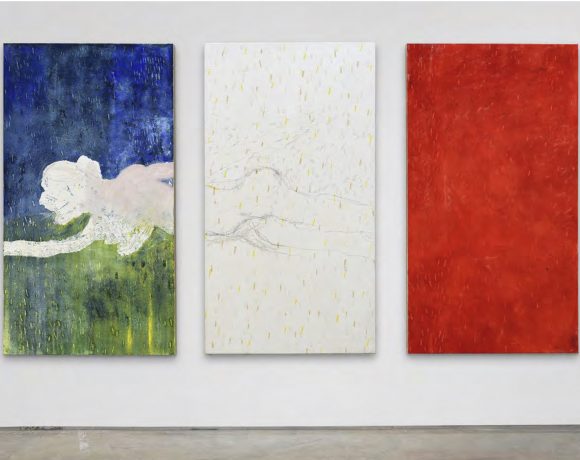